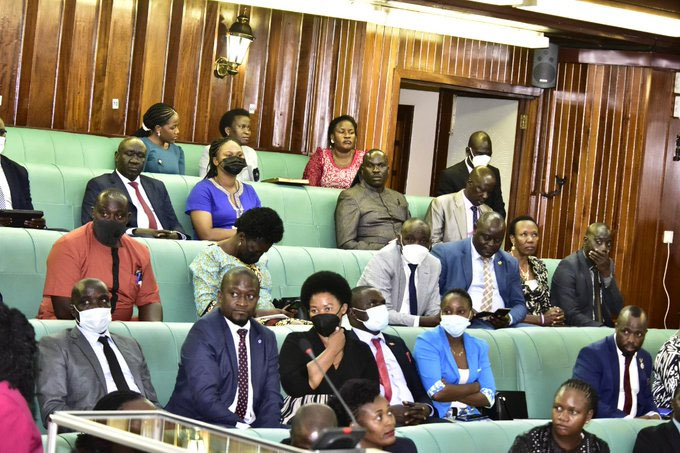 As ordained by the rules of procedure of the parliament of Uganda, the committee on National Economy is required to examine and monitor the state of the national economy, and explore avenues to improve it.

This is backed up by Section 11 of the Budget Act 2001, which calls for parliament to analyze programmes/ policies that affect the economy, and where necessary recommend alternative approaches to government.

This is expressed in a report tagged: Report of the committee on National Economy on the performance of the economy as at June, 2022 handed to the clerk of parliament in August, 2022. The document is layered in rose-colored innuendoes that paint a hunky-dory picture of the economy different from the reality on the ground.

This is because the committee overseeing this report is headed by a member of the ruling [NRM] party — Hon. Ikojo John Bosco of Bukedea county who presides over a majority twenty-five [NRM] party members who make up this committee of forty. This explains the sanitized report.

The document parades a horde of statistics giving an optimistic economic outlook; and by that making apparent many ‘riddles’. Essentially, the ultimate puzzlement unveiled by the report is the expansion of Uganda’s economy.

This is hard to fathom considering the economy was brought to a standstill by the pandemic for two years, during which period there was a national election carried out: elections are synonymous with inflation because of the heavy monetization of the exercise, and (mis)direction of funds to security operations rather than productive economic activities.

Identically, businesses were brought to a halt as many closed shop prompting the loss of jobs. International trade stymied being that global inflation shot up as an effect of quantitative easing in the West.

Capital was still hard to come by since interest rates in Uganda weren’t lowered during and after the lockdown for businesses’ revival. This is endorsed by Bank of Uganda [BoU’s] monetary policy report of June 2020 that reads, “The COVID-19 pandemic has adversely affected the already fragile global economy.

"...spontaneous reductions in economic activity by many consumers and producers. . .is causing deep recessions in many advanced economies and emerging market and developing economies...”

What then could have spurred this ‘expansion’ of the economy on during this period considering the hurdles at play?

In addition; real GDP growth rate is a measure of real income in an economy that translates to improvements in the standard of living, and businesses growing as they create jobs for greater productivity. This is not what is, or, has happened in the last couple of years in Uganda’s economy!

The parliamentary report goes on to post the highest core inflation at 5.5 per cent in June 2022, and all items inflation at 6.8 per cent. This is laughable because the prices of fuel, foodstuffs, have increased, doubled, and tripled in the last couple of years globally.

How then can Uganda maintain a single-digit inflation figure, yet, we import commodities like oil, wheat, base metals, timber; and the like that have upped by double digits in the last year alone?

In what superficially seems encouraging, the document quotes Uganda Bureau of Statistics [UBOS] in placing the unemployment rate at 8.8 percent. Unemployment stands for those actively looking for a job but don’t have one.

Therefore, a low unemployment rate means that there’s a large number of people frustrated with the system because they cannot get a job, and have given up the search for one. In Uganda, this frustration stems from a thin economy, nepotism, sectarianism in the awarding of work opportunities, and an antiquated minimum wage.

Uganda’s minimum wage was set in 1984 at Shs 6,000 [$1.6] per month and hasn’t been revised to this day. It has been observed that the minimum wage greatly impacts unemployment as countries without it have in the past recorded low unemployment.

For instance, Hong Kong in 1991 had no minimum wage and unemployment was under 2 per cent. Also, Singapore recorded unemployment at 2 per cent in 2013 because of the absence of a minimum wage. This is a likely contributor to the loss of interest in job seeking in Uganda.

Having a low unemployment level doesn’t suggest a country’s economy is strong: Burundi has an unemployment rate of 2.8 per cent; and yet it’s considered the world’s poorest country with a GDP per Capita of $236.8 in 2021 by the World Bank.
A combination of low unemployment, and high inflation as is the case with Uganda, spells trouble for an economy, and begets a recession: negative growth rate of an economy.

The dossier publicized growth in the services sector — real estate, education services, and trade. This comes as a surprise because schools were closed during the lockdown, with many servicing loans that they defaulted on hence their closure(s).

The ‘boost’ in real estate was an outgrowth of people selling their property to fulfill their financial obligations after a long lockdown. This could easily be interpreted as growth, yet in reality; it was desperation to make amends for the damage caused by the pandemic.

Another theory is that there was massive swindling of COVID-19 relief funds, and these stolen monies were used to acquire, and build estates during and after the lockdown, and as a consequence the ‘growth’ in real estate.

With regard to trade, the colossal blow the pandemic dealt China cannot be overlooked. China is the most preferred trade destination for merchants in Uganda, and yet, the lockdown drove many Chinese out of business because they were severely rocked by the pandemic.

On top of that, they weren’t receiving orders from trade partners the world over who were reeling from the painful effects of the pandemic [container freight rates have stayed exceptionally high due to port congestion stemming from prolonged Covid-19 related operational disruptions — FitchRatings].

Couple that with increased rent after the lockdown, and the fact that traders paid all their rent arrears for the time they weren’t open during the lockdown. This left merchants with no capital forcing many of them out of business. And for those that stayed, the stock imported reduced because of depleted capital. All this while the local tax authorities heavily breath down their necks!

With this mournful picture of the state of trade, it’s hard to see the purported growth. Governments all over the world lie about the state of their economies, for obvious reasons; what’s disturbing is the highest lawmaking body of the land [parliament] signing off on those lies, as is the case with this report.

+1 #1 kabayekka 2022-09-21 20:23
With this mournful picture of the state of trade, it’s hard to see the purported growth. Governments all over the world lie about the state of their economies, for obvious reasons; what’s disturbing is the highest lawmaking body of the land [parliament] signing off on those lies, as is the case with this report. One of Britain's treasury minister said that if it hurts it is working.

And one had to write the truth of the economic matter for his government. I am afraid there is no money in the treasury.
Quote | Report to administrator
+1 #2 Ebmok 2022-09-21 22:57
There are valid arguments mixed with a deep-stick into the quality of life & employment.

But, the silent killer is that over 65% of Uganda's business revenue / taxes come from Indian operated businesses who represent the minority of the population.

Furthermore, the same business have seen an exponential rise in value the past Covid years e.g the construction materials / steel products industry, which are a key contributor to the measure of economic growth.
I read this research with some of these in mind.
Quote | Report to administrator
Refresh comments list
RSS feed for comments to this post
Add comment