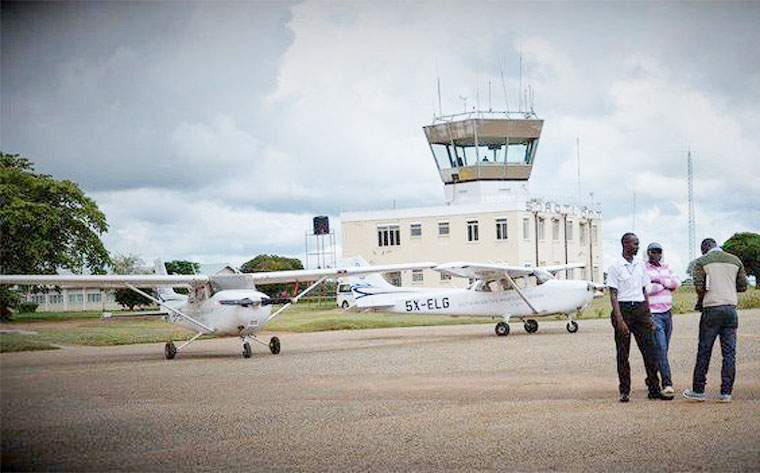 A government proposal to take over ownership of the East African Civil Aviation Academy in Soroti faces opposition from the private sector and EAC legislators.

The academy’s manage advisory task force (MATAF) wants the facility, locally known as Soroti Flying School, to be put fully owned by the government of Uganda, so that it may be able to access better funding and other facilitation than currently.  In the proposals, MATAF also wants the academy integrated into the national curriculum under the university council and accredited by the National Council for Higher Education (NCHE).

Eng Mackenzie Ogweng, the chairman of MATAF says the lack of a proper legal status, regarding the ownership and management of the school has made it difficult to achieve its vision. He says for example that the training facilities are getting outdated with the school still training the students on propeller aircraft, yet airlines today, including Uganda Airlines are operating jet aircraft.

"The issue of the legal status of the academy is extremely critical. The last preparatory meeting in Arusha, the East African Community meeting we came up with some suggestions that we should instead of waiting for the East African Community who are not willing to support us, why don’t we start our own school and call it Uganda Civil Aviation Training School or something like that and we can have these legal issues taken care of. The team who are in that preparatory meeting have agreed to it. We're now in jet engine era, we want to train on the jet aircraft…therefore we need more funding to get new equipment for the market and our basic market right now is Uganda Airlines. They are flying the jet and we’re still training people on the proper jet that means we're not meeting our national needs," said Ogweng.

At the inauguration of the new MATF for the Soroti Flying School, Gen Edward Katumba Wamala, the minister for Works and Transport said he completely supports the government proposal.

Wamala said no EAC country can lay claim on the academy because since the collapse of the community, Uganda has been struggling solely to maintain the facility. He said the government should use all means to ensure the academy is made a legally Ugandans institution since the other countries are also establishing training centres.
"We’re going to fight that war together until we get that academy legally as a Ugandan institution. We shall not relent because all the evidence is there. Ever since the community broke down, no money, no assets have been injected there by the other member states. What is their legal claim and what do they base on the legal claim? Just a mere fact that it was, they have established their own training centres. We have never quarrelled with them, we have never challenged them. Everyone of them has their own centre. Why can't Uganda have its own, and therefore we must continue with the fight until we get it liberated and I know we shall win," said Wamala.

In 1985, Tanzania set up the Civil Aviation Training Centre (CATC) as the training arm of Tanzania Civil Aviation Authority, and also has a number of other privately owned centres.

Kenya on the other hand established its own and appropriately named it the East African School of Aviation under the ownership of the Kenya Civil Aviation Authority. Former senior pilot Capt Michael Mukula however, is opposed to the idea of Uganda legally claiming the Soroti academy, saying it is already part of the EAC that was revived in 2001.

According to him, this would be against the objectives and vision of the EAC, instead, Mukula, the former Soroti Municipality MP and owner of light passenger aircraft businesses, said that instead, the countries should be looking and deeper aviation integration like creating a regional airline instead of disintegrating further.

Mukula advised the government to push the East African Legislative Assembly (EALA), to ensure proper facilitation of the regional institution, and also implement the regional centres of excellence as provided for. The academy, according to him, through a civil aviation academy also trains military pilots and is, therefore, more important to Uganda.

George Stephen Odongo, Uganda’s representative to EALA says the government and the academy still have ways of ensuring that their funding complaints are met. For now, he says the regional parliament has not received any petition to the effect that they need funding from the EAC.

The Soroti academy was founded in September 1971 under the Directorate of Civil Aviation of the EAC. The government of Uganda, EAC, the United Nations Development Programme, and the International Civil Aviation Organization were the major contributors.

When the first EAC collapsed in 1977, the Ugandan government took over the management and maintenance of the school. In 2012, the government began the process of returning the school to the EAC in 2014, the EAC council of ministers agreed to take it back, followed by the agreement between the presidents of Uganda, Kenya and Rwanda to reinstate it as one of the centres of excellence in the community.

Cabinet has been toying with the idea of retaking the management since 2019 to the failure of partner states to remit operational and development funds to the school. But Eng Ogweng also suggested that the school be turned into a higher institute of learning under the university council and accredited by the National Council for Higher Education (NCHE). He says this would allow them to expand its relevance and attract more students.

Capt Mukula, also NRM vice chairman East, welcomes the proposal saying it is high time the country's civil aviation training evolved from the system that was drawn decades ago. According to him, it is not prudent for aviation to stay separate from the rest of the education system, without a relation to the mainstream syllabus.

He explains that some countries have long moved on and their aviation education systems offer academic equivalents in the mainstream systems.

I doubt that they are really interested in the facility in terms of training pilots but rather as a means of obtaining funding that will find its way into privately owned bank accounts. And you do not even need to look outside the industry for evidence of this.

Just look at the fiasco at Uganda Airlines. Ugandan leaders have become adept at putting forward proposals that ostensibly are for the benefit of the country, but which are in actual fact a vehicle to feather their own nests. What happened to honesty and integrity in public life? When it comes to investment in public facilities the government seems to have a reverse Midas touch.
Report to administrator