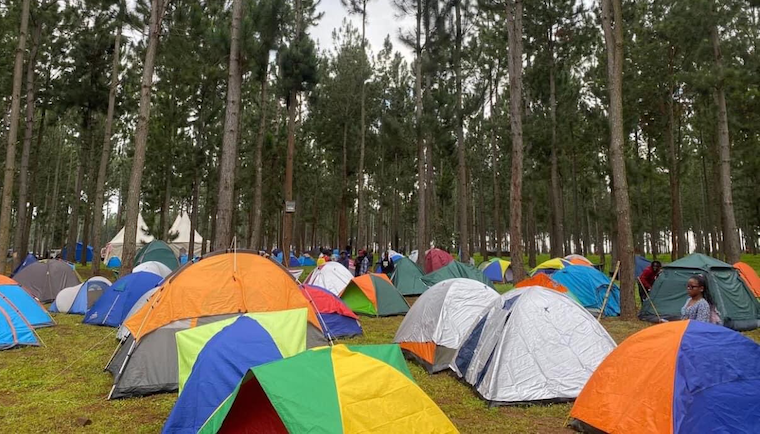 They were arrested after Quentin implicated them for hitting him with a blunt object last night before fleeing off with his phone, $1500 cash, credit cards and other valuables.

Quentin is one of the many attending the four-day festival at Itanda falls in the Butagaya sub-county, which has attracted thousands of revellers from different parts of the world.

A team of officers from the police health services unit and their counterparts from the Uganda Red Cross Society found Quentin lying unconscious along the Nile river banks and rushed him to Butagaya health centre III for further management.

When regained consciousness, he identified his suspected attackers that are currently being held at Buwenge central police station. The suspects have since reportedly confessed to orchestrating several thefts but denied attacking Quentin. In his statement, Kasule explains that they operate in a team of four and target largely women’s handbags and jewellery.

“We are based in Kampala city and only accessed this festival as revellers but our coordination person here is Enyonyozi who helps us to spot soft targets with expensive jewellery and designer handbags,” he said.

He revealed that the rest of their gangsters are then dispatched to initiate conjugal relationships with their victims before robbing them of their valuables. Kiira Regional police spokesperson, James Mubi, says that they have deployed detectives to recover Quentin's valuables.

Mubi notes that a team of police detectives and their counterparts from CMI have been dispatched to intensify efforts to weed out criminal-minded elements from the festival venue. Mubi adds that they have also issued an emergency WhatsApp number, where revellers and exhibitors alike can file their complaints for quick attention in case of any attack or encounter with suspicious activity in the course of the festival.

Levels lounge is where the night crawls to morning at nyege nyege💃. Vibe is up #NyegeNyege2022 pic.twitter.com/btbz0B9efM

How can one walk around with such a large amount of money unless he wanted to show-off and inviting thieves.
Report to administrator