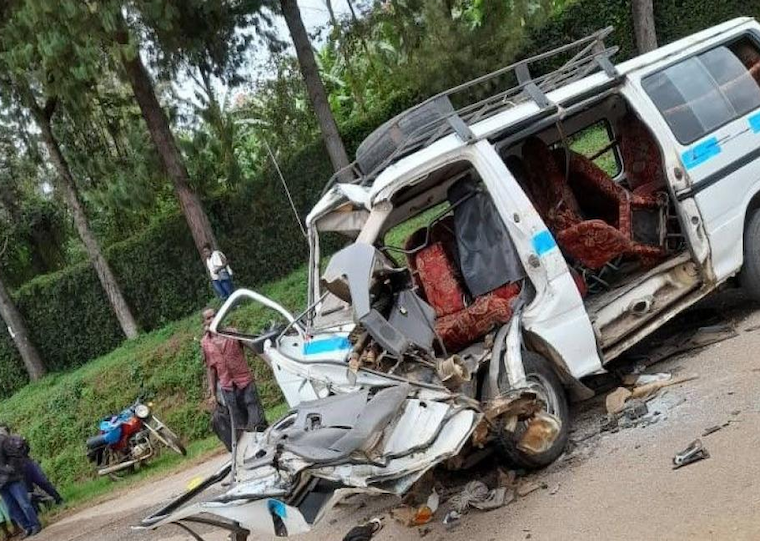 The wreckage after the accident

Eight people were injured in a motor accident that occurred along the Ntungamo-Rukungiri road in Rukungiri Municipality last evening.

The Isuzu truck belongs to Best Ingredients Africa Limited, a company that distributes food ingredients and additives. An eyewitness Patrick Ariho told URN that the speeding truck failed to negotiate a sharp corner and swerved off the road when the tragedy occurred.

Kigezi Region police spokesperson Elly Maate says that all the injured were passengers in a taxi that was heading to Ntungamo from Rukungiri district. Maate says that the casualties who were all unconscious at the time were rushed to Nyakibare hospital for treatment.

He added that after the accident, the driver of the truck was arrested and taken to Rukungiri police station on holding charges of reckless driving. He was identified as Samuel Rwobusisi, 45, a Rwandan national but resident in Kakajo cell Bweyogerere, Kira Division, Wakiso district.

The wreckage of both vehicles was towed to Buyanja police station pending inspection.