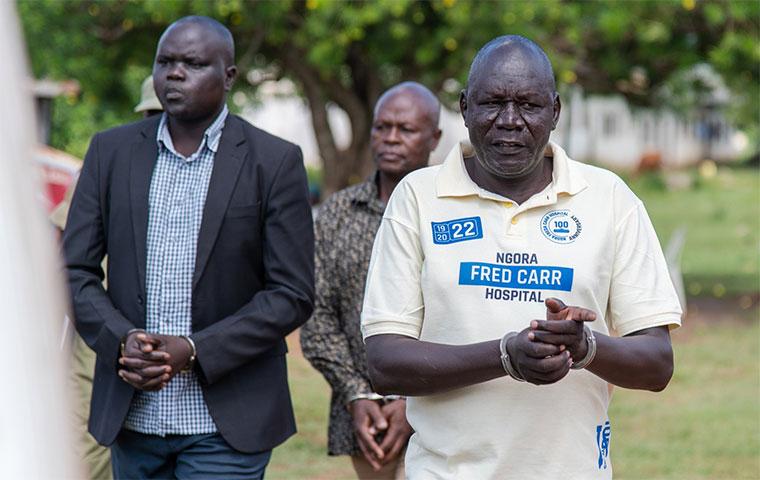 Touted as a poverty-reducing programme at its rollout six months ago and projected to catapult about 39 per cent of Uganda’s impoverished population into the money economy; the Parish Development Model (PDM) has begun showing glaring signs of cracks.

Hardly six months after its rollout, the programme is marred with an array of corruption scandals and misappropriation of funds by several accounting officers around the country. The programme is allocated Shs 1 trillion ($263.6 million) per financial year.

The government disburses Shs 100 million ($26,133) per parish per financial year to reinvigorate food, commodity, and money markets at the community level. The idea is to turn each household into an economic production unit able to add a valuable commodity/service in both agriculture and the business chain.

A parish has several villages and its size varies across districts in Uganda. It is largely run by a parish chief who is a government employee. The next unit after the parish is the sub-county and then the county.

The six failed to account for some missing money during an impromptu meeting with Joveline Kalisa Kyomukama, the PDM deputy national coordinator at the ministry of Local Government.
In February 2022, the government transferred Shs 400 million into the account of Kabale district. The money was meant for the PDM savings and credit cooperatives (Saccos) in the district.

The district officials were instructed not to withdraw the money until the government issued fresh guidelines for the proper use of the funds. However, the district officials disbursed over Shs 111 million. Joveline Kalisa Kyomukama said the ministry received information from a whistle-blower that PDM funds were secretly withdrawn from the bank which prompted an investigation by her office. The investigation confirmed that indeed money had been withdrawn from the accounts.

The arrested district officials said the money was spent on administrative duties most especially on the purchase of fuel, and lunch for civil servants who were sensitizing local communities about the PDM. Kyomukama faulted the six officials for spending money without guidance from the ministry.

On August 27, 2022, William Komakech, the resident district commissioner of Kitgum district was interdicted by the minister for the Presidency, Milly Babalanda, at the urging of the Inspectorate of Government. Fourteen other staff from the Kitgum district local government were arrested by the PDM national secretariat. The fourteen were accused of misusing over Shs 523.6 million meant for the implementation of the PDM programme.

The six implicated officials from Kabale district local government were, however, released on police bond on June 30, 2022, after refunding Shs 120 million. This was part of the Shs 289 million they are accused of mismanaging. The six officials raised the funds through crowdfunding from colleagues and area members of parliament.

“We agreed with the six suspects that they refund Shs 242 million they are suspected to have misused. They have been able to pay Shs 103 million into the Sacco accounts. In their commitment, the suspects indicated that the remaining funds shall have been paid by September 14, 2022,” said Ekoom. The suspects are currently held at East Kyoga regional police headquarters for further investigation.

As the PDM cracks open wide, experts fear that the innovation could also suffer a stillbirth like the previous poverty alleviation programmes initiated by the government. Some of these plans include; the Poverty Action Plan (PAP), the Poverty Eradication Action Plans (PEAP), Operation Wealth Creation (OWC), the youth Livelihood Programme and Emyooga, among others.

Leonard Okello, a policy expert who doubles as the chief executive officer of The Uhuru Institute, said the PDM is struggling with structural challenges that have limited its successful implementation.

“The government brought a government structure and imposed it on communities. In the past years, the parish chiefs, though not highly educated, were always highly respected members of society. The community could easily follow the instructions of the parish chief previously. But now these (parish chiefs) are young people who still need refresher training on how to deal with people from different walks of life. The government is asking self-help organizations like Saccos to be formed on its instructions. We now have 10,594 Saccos that were hastily established on the orders of government because the money had to be disbursed to the Saccos.”

“Most members of these over 10,594 Saccos do not understand their roles as members. There’s too much political intrusion in the implementation of the programme. Self-help organizations like Saccos need patience far away from the pressure that comes with politicians. Politicians come with the desire for immediate results,” he said.

Okello wondered why the government created over 10,594 Saccos across the country yet there were already other strong existing Saccos.

“Government should have instead channelled the money through some of these existing Saccos. The government could then challenge the strong Saccos to establish branches at local levels so that there’s a good system of administration. In capitalizing the existing Saccos, it means they can also rival banks while still serving the common person that the government targets through PDM,” Okello said.

He added, “The challenge with what government is doing now is that the administration of these Saccos becomes complicated. You have a parish chief, the immediate supervisor of the Sacco, reporting to over four supervisors. The chief administrative officer (CAO), the Sub-county chief, the PDM committee at the parish, and then the community. There are very many centres of power. Whose advice does the parish chief take and whose does he ignore?”

To address the current challenges, Okello recommended, “Government should go back to the drawing board to step up the capacity building of the PDM front line staff and all their Sacco teams. Parish chiefs should be trained in how to manage cooperatives. Most of these people grew up at a time when cooperatives were already defunct. They need adequate orientation. The politicians behind the implementation should also appreciate that community development projects don’t run like a computer. You can’t roll out now and ask for fruits the next day. Too much patience is needed for that to happen. Even to this day, very few people are aware of the mode of operation of the Saccos. More should be done.”

“We shall not only arrest you but also compel you to refund all the money. If you don’t have the money, we shall sell all your property at home. This money is meant for the poorest of the poor. You are not even ashamed of stealing this one. People embezzle money for roads, pension, education, etc but not this one,” he warned.

Magyezi was speaking to officials from Adjumani and Yumbe districts at the Adjumani district council. In his June 28, 2022 article published in The Observer, Professor Morris Ogenga Latigo, the former leader of the opposition in parliament, argued that the parish development cannot succeed. Latigo said the government of Uganda had in the late 90s shut down possibilities that the Plan for the Modernization of Agriculture would have addressed.

According to Latigo, the government allegedly limited its participation in agriculture to create an enabling environment for private sector agriculture. His opinion read in part, “…You [government] long ago killed the patience, institutional framework, competencies, trust, honesty, patriotism and national pride and purposefulness that are the basic preconditions for national success. At the very minimum, use the PDM money you are about to waste to start a “Bank for Integrated Rural Development”. This bank can offer concessional long-term portfolios and opportunities to learn, progress, and create competent bodies to train people to effectively borrow, invest, earn, save and grow”.

“With light visible down the tunnel, the hope that always anchors and propels humanity to attain seemingly impossible goals will be restored in our country. We will begin to see real progress that handouts, arrogance, and empty sloganeering will never deliver. This will require humility, honesty, and an acceptance that none of us is God who can merely succeed. Let no one doubt the truth that only reconciliation, re-dedication, patience, and collective action will prevent our country from the inevitable chaos and abyss that our current path is taking us. We must change the course for the good of our country and all our people,” Latigo said.

What is annoying and sickening is that: these thieves also want our respect, salutation and loyalty.

After stealing from our collective efforts, sweat and blood (taxes) they build their 5-star Hotels, Shopping Malls, Arcades, Apartments, Schools, Hospitals, etc. and also want us to go rent, spend of what remains of our efforts therein: to e.g. wine and dine in their 5-star hotels, shop in their Mall/Arcade or take our children to their expensive schools or hospitals.

And when we agonize and despair wherefrom to get the next meal, rent or fees for our poorly educated children; the thieves hold luxury "Thanksgiving Prayer Breakfasts" in their 5-star Hotels, and thank God for the peace, prosperity and blessing of their families.

Wachireba Ugandans?
Report to administrator
0 #2 kabayekka 2022-09-14 16:02
That is what the Ganda tribes people call okukudaala.

How can a citizen of Uganda nowadays live on shillings 45/- for a month and to buy what in Kawempe?
Report to administrator
+1 #3 Zaitun 2022-09-14 16:06
What else do you expect these small big men and women do when their god-fathers and mothers are busy stealing everything without being arrested and brought to book but promoted to bigger posts?

Is it not a common saying that: when small todles sit to eat with their parents, their interest lies in observing the movement of the lips and jaws of their parents before copying their actions?

Yes, these so-called officers correctly observed the mouths of their foster-fathers till they learned how to catch juicy meat (money) like their god-fathers do.

A fish begins rotting from the head. Yes, that is the summary of our economic woes under Museveni leadership!

All officers from the top to bottom are nothing but thieves. If you do not believe, name one and Ugandans will laugh at you!

We just have a brood of thieves claiming to be Public Servants all these 38 years since your beloved Museveni gunned himself to the apex of power!!!
Report to administrator
+1 #4 Ebmok 2022-09-15 13:07
This clearly shows the serious lack of control and accountability where government cash is flowing like "mikoka" into all sorts of hands.

The sum total result of this is being felt with a rising national debt with no show for real gains and of course we all end up shouldering the burden to the debt collector.

THIS REALLY HAS TO STOP BEFORE WE CAN DREAM OF A POVERTY-FREE UGANDA!
Report to administrator
0 #5 rubagakene 2022-09-16 15:40
What will happen when the money runs out? What will Uganda be like?

I think we are heading into a very disatrous era and situation in the near future.
Report to administrator