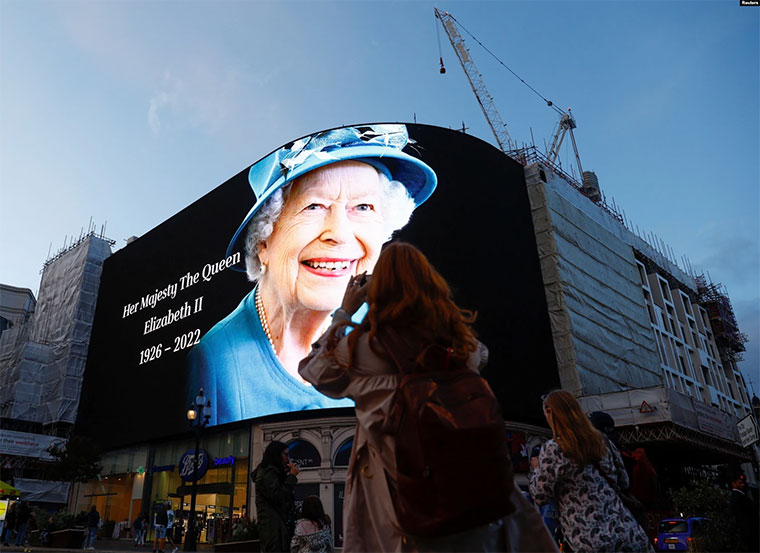 What you need to know: Should Kenya even mourn, if mourning means to show sorrow over a death? For us, what is her legacy?

Mourning invariably beckons hypocrisy, but you can only observe the death of someone based on the relationship you had with them. The new government can lead the way by demanding the return of all records and artefacts carted away from Kenya in the colonial period.

The Queen of England, widow, mother, (great) grandmother, the titular head of the Church of England and monarch over the British Empire has died aged 96 years.

How are we, a country (Kenya) whose ties with her date back to the colonial era, to mourn the Queen? Should Kenya even mourn, if mourning means to show sorrow over a death? For us, what is her legacy?

Mourning invariably beckons hypocrisy, but you can only observe the death of someone based on the relationship you had with them. So let me give you the Queen’s timeline alongside that of Kenya and you can decide whether, and how, our nation should mourn. April 21, 1926, a princess is born, no doubt to much celebration in the Royal Palace.

There was nothing then to indicate this princess would spend 70 years as the Queen since her father, Prince Albert of York, aka Frederick Arthur George, was twice removed from the crown.
He only inherited it in 1936 when his older brother, Edward who had succeeded their father as King abdicated after barely 10 months.

Back in the colony and protectorate of Kenya, in April 1926, the Crown had been busy gazetting jurors and assessors for virtually every corner of the country.

None of these officers of the courts was African, but all of them – designated as European, Arab, Goans, and Indian – were going to decide the outcomes of criminal trials of Africans.
Decades of suppressing native freedoms had just been given legal cover and widespread acceptance by other communities.

A fortnight later, the Crown gazetted a raft of by-laws to govern Nairobi. One law stipulated that anyone erecting “a building designed to be occupied by natives” was to ensure that the building would not stand “within 10 feet of any domestic building or a building of warehouse class”.

There were already restrictions akin to those barring Africans from owning land in the White Highlands. Now, the Nairobi ordinances made provisions for cemeteries which were described as “for the interment of Europeans, Jews and Goans”.

Segregation in towns, and particularly the exclusion of Africans, went all the way to the grave. On December 10, 1936, when Elizabeth became heir-apparent, portions of land in Laikipia were being gazetted for alienation.

Others in Nairobi were being offered for auction. The vernacular of colonial land grabs were more than guns and forced evictions it was cemented by such legalised occupation. On October 13, 1940, young Elizabeth made her very first public speech via BBC. World War II was in its high noon as Germany bombed Britain in a campaign known as The Blitz.

Elizabeth was on air to comfort the children separated from their parents by this mayhem. Who was comforting the tonnes of children and would-be widows whose men had been recruited into an incredulously named King’s African Rifles, some shipped to Burma and Madagascar to fight in a war they didn’t start?

Those who returned brought surplus income, and shell-shock. We can celebrate the birth of Kenyan popular music as an outcome of that war from which our men returned with guitars. Let’s fast-forward to November 20, 1947, when Elizabeth got married to Prince Philip Mountbatten and visited Kenya in 1952 as a representative of her ailing father, King George VI.

Some people draw tonnes of pride from the corny line that on the night of February 5, 1952, Elizabeth went up the Treetops Hotel at the Aberdares National Park as a princess and when she descended on the morning of February 6, 1952, she was the Queen. Her father had died overnight.

Well, 1952 is the year the horrors of colonial repression reached their peak. A State of Emergency was declared, ostensibly, to curb Mau Mau, the land and freedom army. On June 2, 1953, Queen Elizabeth enjoyed her coronation, the first such ceremony to be televised.

In the colony, unseen by the rest of the world, Britain was creating a hell that went beyond the seven years of the emergency. Concentration camps, dubious trials, looting, rape, torture, mutilations, massacres and hangings, were all done with such impunity that it was clear there was no will from the palace to stop any of it. The brutalities still haunt us.

There are those who credit the Queen with the fact that it was during her reign that Britain relinquished the bulk of its empires, including Kenya. In place of the colonies, the Queen built a remarkable modern institution of camaraderie across colonies called the Commonwealth. What wealth have we shared, we from whom much continues to be extracted?

What the Queen achieved was a redesign of the systems of control. To call ourselves partners, even in this hour when Britain is weeping is to stretch the imagination. Our inequalities remain. For instance, citizens of the Empire walk into Kenya with ease, but Kenyans who need to visit the so-called mother country must suffer the indignity of visa applications, and painful scrutiny of self, finances, and relations.

As someone said, we are post-colonial not decolonised. The most glaring of our fraught ties is probably the British Army Training Unit Kenya (BATUK) in Nanyuki and the less said about the intermittent harm it radiates the better. From Kenyatta the first to Kenyatta the second, when has any independent government designed policies to force Britain’s reckoning with its colonial disorder, or to seek reparations for what was brutally destroyed?

When has Britain truly backed the needs of Kenyans? We saw it initiating self-serving land policies soon after independence, policies that spark conflict in places like Laikipia to this day. In March 1972, November 1983 and October 1991 when the Queen visited Kenya, she endorsed regimes with a hold on free speech.

At that last visit, she dined with President Moi amidst our calls for multipartyism. The exception to Britain’s blind eye is December 2007 when the Foreign Office and Department for International Development cited “real concerns” over irregularities in an election said to have been won by Mwai Kibaki.

There are colonial ties that we have gradually appropriated for our benefit, like fish and chips, the Anglican faith, and the English language. Kenyan English as I have occasionally shown on Twitter has morphed from the Queen’s exacting standards on our tongues to a resourceful vernacular that privileges local context over English history.

This localising of English, along with the emergence of Sheng, defies the work of colonial anthropologies that classified us into warring tribes to serve the Empire’s divide and rule strategy.
The death of the Queen may trigger our tears over mothers we lost years ago, whether or not we admire her brand of family values, because news of any death triggers private sorrows.

But public mourning of the kind global figures like the Queen elicit is a modern ritual that has only one rule: truth-telling. Those who were adults during her official reign over us are very frail now and most are dead.

Let their grandchildren honour their repression by remembering the Queen and everything she stood for because, typically, the psycho-social role of the third generation is to strip the past naked and exhume trauma. Luckily for them, they have the tools to ventilate the horrors of colonialism.

Indeed, over the last 10 years, the rise of social media has given ordinary voices the volume and visibility of global media, making it increasingly difficult for the Royal House of Windsor to curate its image, never mind how many documentaries they commission.

Without the ability to gag all platforms from broadcasting the absurdities and failings of the Royals, how will the monarchy be sustained? Kenya has, by Imperial design rather than of our own national accord, always been a backdrop for the romance that is Royal life.

Whether it is the Queen and her Treetops fairy-tale, or her grandson, the future King, proposing to his intended on the slopes of Mt. Kenya in 2010, we have provided the picturesque scenes that keep ordinary Britons in awe of the glamour of their first family. The monarchy can’t fade away unless we abscond from that role in their script.

With the death of Queen Elizabeth, there is an opportunity to redefine our relationship with Britain, to step out of their shadow and manufacture a Kenyan society that resonates with the freedoms and the identities that we need.

The new government can lead the way by demanding the return of all records and artefacts carted away from Kenya in the colonial period. For though the rupture of death is painful, it does clear space for new beginnings. And the shaping of secure identities ought to be built on a long hard look at the past followed by an informed selection of what to leave behind and what to keep.

Let’s keep our mourning of the Queen honest.

Dr Nyairo is a cultural analyst

0 #1 Joe 2022-09-14 13:04
Dear writer, I have interacted and lived with the great Kenyan peoples, it is difficult not to discern their pride in the "special relationship" with England if you are keen observer.

To me, such sentiment calls for mourning the monarch in order not rock the boat. Britain keeps doing many "little" things for Kenya that make many Kenyans feel closer to Britain, thus a sense of "special status" among the former colonies.

So why don't you mourn the damn woman and keep on good terms so you keep collecting whatever little they send your way, after all what can Kenya do!

Kenya and Britain are in a marriage that no one can put asunder, if you doubt, then revisit their corroboration during apartheid days.
Report to administrator
0 #2 kabayekka 2022-09-15 02:07
Great opinion of an African that suffered slavery and then colonialism.

This is the sort of fact of life African leaders should be able to take in as they say one thing and then do another to their own kind.

One cannot forget these past World Wars and the others that continue to this day that many humans whites and blacks face inhuman living.
Report to administrator