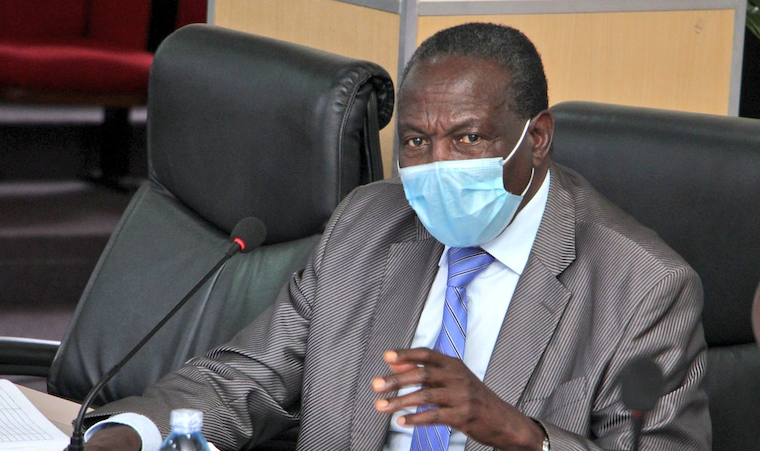 Russia has put the world on notice regarding its military might for years, displaying her fearlessness by marching into foreign territories [Ukraine], and forcefully taking up land— Crimea; also, threatening to reclaim now sovereign countries that were once colonized by it— Finland.

And that’s just a grain of her warpath. With this decorated reputation of immeasurable chutzpah, Mother Russia was brought to her knees by something as peaceable as debt. In 1998, Russia was engulfed in a financial crisis as it defaulted on domestic debt, and paused payments on foreign obligations.

This resulted in: businesses going bankrupt, the collapse of the banking system in Russia; a drop in the standard of living, political turmoil, and much more. To Russia, this was a slight on the Kremlin that had always sold itself as a toughie.

What it later understood was that public debt, both foreign and domestic, was to be monitored and managed suitably regardless of a country’s assumed status if dire consequences were to be avoided. In Uganda, Article 159(4) of the Constitution of Uganda, and Section 13 of the Budget Act 2001, require the executive to submit a report on the total indebtness of government.

Although Uganda’s debt-to-GDP ratio is considered more desirable compared with some of her neighbours: Kenya public debt to GDP is 67%, Rwanda, 74.6%; the country’s overall risk rating moved to moderate in the financial year 2020/21, and its debt is growing a mile a minute.

More shockingly, in one financial year 2019/20 to FY 2020/21, Uganda’s public debt grew by 22 per cent [12.5 trillion shillings — $3.3 billion] from 56.938 trillion [ $15 billion] to 69.513 trillion shillings [~ $19.54 billion], the report mentions. These monies are borrowed to bankroll public infrastructure projects, more so, in preparation for oil production. And other key sectors: agriculture, energy, water, education, environment and roads, the report discloses.

Governments all over the world borrow, justifiably so, and Uganda is no exception because they have to bridge the gap caused by deficits in financing since they cannot collect all their revenue from taxes as it will weigh heavily on their citizens.

Likewise, they cannot transfer that burden to the private sector, as they too always seek subsidies from the government. So, governments look outside to borrow the money they need without having to overload their citizens.

With Uganda, besides the poor management and planning for funds, as well as corruption, the loans taken out are wasted. There are numerous incidents of monies handed to ministries to implement government projects bouncing back to the treasury without being touched. And yet, the government continues to pay interest on these monies/loans, as they lie idle in government coffers unutilized waiting to be gypped!

There’s also the reality that the government is borrowing faster than it will be able to pay, or faster than the economy is growing.

“Public debt accumulation has continued to grow faster than economic growth. Whereas in FY 2020/21, the economy grew by 3 per cent, the public debt grew by 22 per cent…” reads the report. This spells out the country’s unlikeness to pay off her debt and increased risk of default.

It’s my recommendation that even though the country’s public debt isn’t very large, it has the potential to skid out of control in the shortest time, and should, therefore, be properly minded to avert depressive consequences like: excessive borrowing that could result in inflation since huge volumes of money are pumped into the economy when loans are taken.

These borrowed monies could easily exceed the economy’s ability to produce goods and services, creating an undesirable scenario of too much money chasing few goods — inflation. Increased borrowing also means increased debt servicing; that is, payment of the principal (debt), interest, and other fees.

This will deplete the country’s foreign reserves because the debt is paid in (foreign) reserve currency; accelerating demand for the reserve currency while putting pressure on the domestic currency [shilling] to depreciate, increasing the cost of doing international business.

It (public debt) could also lead to the increasing of taxes to raise revenue to pay off the debt. Besides, the money the government has to spend to raise the standard of living of its citizens could be cut, to be diverted to debt payment.

In the past, high national debts have created unbearable conditions for natives that have galvanized political crises in Russia, and Argentina tipping-over regimes. It’s important that as government takes out these loans, it remembers that unlike countries like the USA and Japan that control the money that they borrow and pay their debt in; suggesting that they could print their currencies to pay off debt.

Uganda borrows in foreign currency and pays its debt in the same, and is more likely to have a debt crisis, and not the USA or Japan even with the astronomical debt -to-GDP ratios they possess— USA (122.84%) for the second quarter of 2022, and Japan (248%) for the fiscal year 2021, that ended in March 2022.

Therefore, as a country, we have to mind our total public debt as a percent of Gross Domestic Product, and stop consolingly comparing our debt ratio to the high ones of USA and Japan; because technically, they are in control of their debt, and we are not.

The blame on such difficult debts to pay is very much on such international lenders who continue to lend and feel very happy and proud about!
Report to administrator
+1 #2 Ebmok 2022-09-15 14:02
I PRAY ALL THESE BIGWIGS TAKE A GOOD LOOK AT THIS EXPOSÉ.

Maaann, you wonder whether the policy makers are really getting any quality briefings or they're each just riding their pay check?

Thanks for taking the effort for this article.
Report to administrator