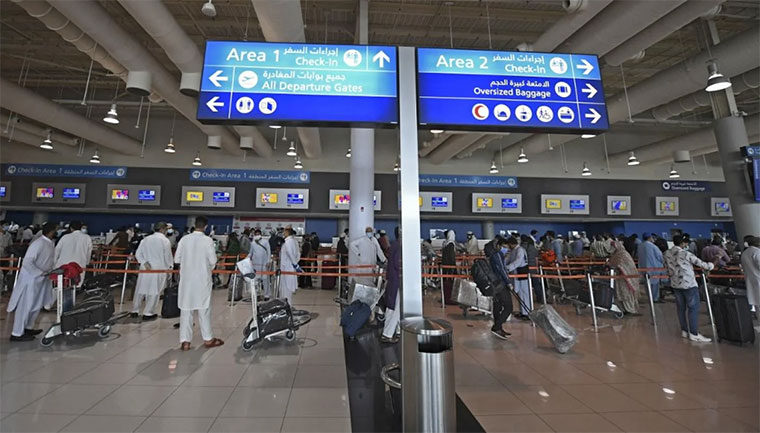 The news is all bad for Ugandans living in the United Arab Emirates.

About 605 Ugandans are lined up for deportation. They are part of over 1,000 Ugandans detained for weeks in Dubai Central Jail and other places. Recently, the UAE government offered free air tickets to all illegal migrants to return home on condition that they surrender to the immigration authorities for scrutiny.

According to Ambassador Henry Mayega, Uganda’s consul general in Dubai, there are 105 men, 500 women, infants, and pregnant mothers who are due to be flown back. Uganda has 100,000 legal migrant workers employed in UAE. Many were given emergency travel documents by the end of last week.

“All pregnant women and women with babies have left for Uganda. The next group to get emergency travel documents are the sick,” he said. The first group of 29 Ugandans was deported on August 24 and 45 women were last week issued travel documents and deported.

He said individuals without passports were given emergency travel documents and subsequently cleared by the UAE government to return home. Most of the deportees, according to sources, had expired visas, and accumulated fines while others had no travel documents.

“We got more travel documents from the ministry of Internal Affairs, Kampala and certainly, there is hope that many Ugandans will be facilitated to return home,” Mayega said.

Mayega said most of the deportees have been doing odd jobs like housekeeping. The ambassador urged Ugandans intending to travel for work to be vigilant and called for thorough supervision of the labor externalization companies in Uganda.

“Uganda signed a memorandum of understanding (MoU) with the brotherly UAE government to streamline labor externalization and it will soon be implemented. We need to tighten controls on the companies that do labor externalization. The consulate is mobilizing the diaspora to do all manner of things that contribute to the development of Uganda,” he said

Uganda’s embassy is currently processing travel and other documents for stranded Ugandans to return home. The embassy is, however, overwhelmed by the huge number of Ugandans thronging Al Awir Immigration office in Dubai to be considered for deportation.

According to Lawrence Egulu, the commissioner in charge of Employment Services at the ministry of Gender, Labour and Social Development (MGLSD), as of June 13, 2022, there were 235 licensed private recruitment companies. Every two years, each company pays Shs 2m in license fees.

From 2019 to date, Uganda has registered 88 deaths of migrant workers, according to the Gender ministry. Of these, Saudi Arabia has the highest number at 69. It is followed by the UAE and Jordan with five deaths each; Somalia with three, and Qatar, Kuwait and Bahrain with two deaths each.

0 #1 kabayekka 2022-09-15 13:30
One would think that exporting cheap labour and the military by the NRM, it was adding value to such products! Indeed it is going to loose trillions of shillings in such an inhuman trade!
Report to administrator