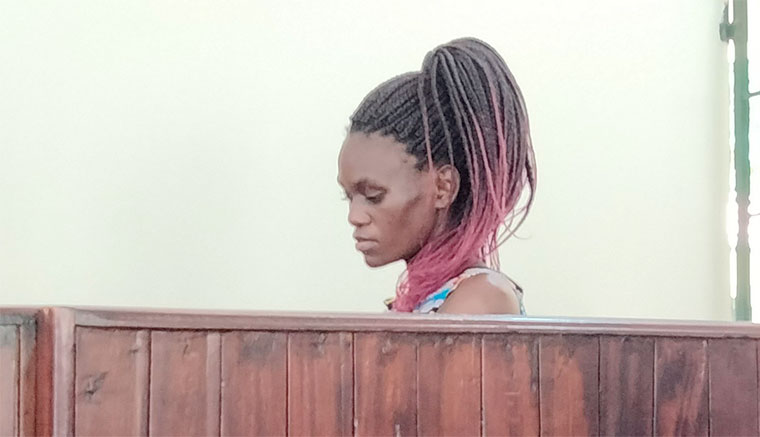 Last week, Nabulime, a resident of Busula A zone in Busula trading center in Katikamu sub county appeared before Luwero grade one magistrate, John Paul Obuya, and was convicted on her own guilty plea.

Nabulime was arrested about a fortnight ago after a video was circulated online showing her endlessly beating up the minor with a sandal. Even when the minor fell the basin due to the persistent beatings unto the ground, Nabulime was unrelenting. She could be heard shouting at the baby and commanding her to bathe herself.

Good for her. But who is going to take care of the traumatized poor kid?

Or she will be spending the 18 months with her Monster Mom behind bars.

the govt needs to look after such kids, whose parents had them by accident.. social welfare or sth
Report to administrator
0 #3 Lakwena 2022-09-14 10:56
Quoting rwigyema noah:

... the govt needs to look after such kids, whose parents had them by accident.. social welfare or sth

But Rwigyema, we do not have a government because, when a president who came to power through criminal means (treason) also tells off his countrymen, women and children that he is not their servant nor employee ; what do you expect?

It is such professions that would be monitoring and taking care of dysfunctional (deviance) families and their psycho social needs and/or support.

In other words Noah, it is only criminals who are least concerned for others, hence cannot prevent harm, but cause it (harm) and blame the victims.
Report to administrator
0 #4 Lakwena 2022-09-14 11:15
Noah, it was the traditional, closely nit extended family setting; that used to sociologically (elders) observe, intervene and take care of the social challenges of the Dorothy Nabulime of this country are faced with.

But coupled with widespread poverty and given the growing nuclear families in the anonymous and urban stress setting, there is no psycho social intervention. Every family/couple are on their own.

Therefore, all sorts of frustrations easily translate into the kind of violence Dorothy Nabulime meted out on the little girl (acted out).

In other words Noah, in a caring government, or planned and/or ideal situation, it is the Government Social Workers (civil servants) who would be monitoring such families and/or abuses taking place.
Report to administrator