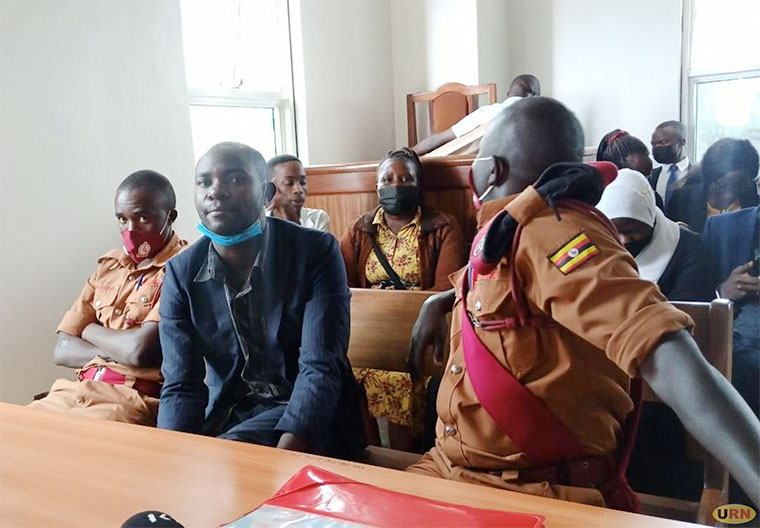 Male Mabirizi at Court of Appeal

The Court of Appeal has advised jailed lawyer Male Mabirizi to seek pardon from High court judge Musa Ssekaana who imprisoned him for 18 months for contempt of court if he wants to get back his freedom.

The formal advice was offered today Friday by Court of Appeal justices; Muzamiru Mutangula Kibeedi, Irene Mulyagonja, and Eva Luswata shortly after dismissing applications in which Mabirizi sought to be released.

The decision arises from February 15, 2022, proceedings in which Ssekaana found Mabirizi guilty of contempt of court, saying he had continued to use his social media platforms to attack judicial officers.

Ssekaana reasoned that this was in contempt of another order that he had made on January 27, 2022, directing Mabirizi to pay a compensation of Shs 300 million - the first time he was found guilty of attacking judicial officers and issued a strong warning against him to desist from the same.

Dissatisfied with Ssekaana’s findings and orders on March 1, 2022, Mabirizi filed a set of 12 applications with different names but all seeking to be released temporarily on grounds that he filed a notice of appeal challenging Ssekaana 's decision and that the intended appeal has a higher and reasonable chance of success.

Mabirizi argued that there are serious matters of the law relating to a fair hearing, the scope of contempt of court, and the legality of the 18 months' imprisonment.

On February 25, 2022, the Court of Appeal justice Christopher Izama Madrama stayed the execution of the Shs 300 million fine. Mabirizi asked to be released until the determination of his intended appeal so as to preserve the rule of law and in the interest of justice, equity as well as transparency.

The Attorney General who was represented by state attorneys; Hillary Nathan Ebila, Gorret Arinaitwe and Richard Adrole asked the court to dismiss the applications on the basis that they were amounting to an abuse of court process since Mabirizi had not yet filed his appeal.

They argued that Mabirizi was a convict who had not yet filed an appeal and as such, there was nothing pending in the Court of Appeal for the justices to base on and release him. In their decision, the justices agreed with the submissions by the Attorney General and dismissed Mabirizi’s applications with costs.

According to the justices, Mabirizi was committed for criminal contempt which they say is an offense that is subject to the inherent jurisdiction of the court that found him guilty.

According to them, therefore, this implies that the sentence of a contemnor committed for criminal contempt is similar to any other sentence under the criminal laws of Uganda. There is no other law under which the contemnor can be released from jail pending his undeveloped appeal other than an application for bail pending appeal.

The justices said: "We are also of the view that the filing of numerous applications where no appeal has been filed in this court amounts to an abuse of court process. The applications are similar to each other, all seeking the same order though using different terms in the various applications for the release of the contemnor from prison before the filing and hearing of his appeal in this court."

The justices have further ruled that the applications appear to them to be intended if not to intimidate the government than to exert pressure on the Attorney General to agree that Mabirizi be released from prison.

Quoting the decisions made by the High court and Supreme court of India sometime back, the justices have further noted that it was held that "no advocate who has been found guilty of contempt of court shall be permitted to appear, act or plead in any court unless he has purged himself of the contempt.”

"We, therefore, came to the conclusion that criminal contemnors though pardonable cannot be purged. Since convictions and sentences resulting from criminal contempt are final, the contemnor cannot purge his contempt by simply paying a fine however large. However the contemnor may apologize to the court of which he or she was found to be in contempt but such apology must be genuine, signifying that the contemnor is truly contrite," said the justices.

They added that the only remedy available is to appeal against either the conviction or sentence. Before taking leave of the case, the justices who were led by Mutangula Kibeedi have made an opinion that the chief justice should in the future consider the gravity of a case like this and make rules under the Civil Procedure Act to provide for restrictions on litigation by vexatious litigants.

They said that implementation of such rules would go a long way to save the time of courts as well as to spare the limited resources that the judiciary has to implement its mandate of ensuring access to justice for all citizens.

The justices say Mabirizi has made a habit of striking at all judicial officers who do not come up with the decisions that he desires as corrupt or biased against them and files several complaints and asks them to recuse and he is about to exhaust the limited reserves of the Court of Appeal.

The decision has been read at the time when Mabirizi was not in the Court of Appeal but engaged in another court pursuing his common nuisance case against the Justice and Constitutional Affairs minister Nobert Mao.

Such crimes of talking behind the judges was very common during the famous white rule of South Africa. That is why a black man was locked up by white people to keep him silent for over 22 years in prison!
Report to administrator
-1 #2 kabayekka 2022-08-20 21:47
One does not hope that this don will ever apologise. So then what does the Uganda judiciary want to do with him?

Because surely this modern lawyer cannot give up using social media to brush up his skills to make sure that justice is seen to be done on continent Africa. Do they want to lock him up in the prison cell to rot and the keys are thrown in Lake Nalubaale?
Report to administrator