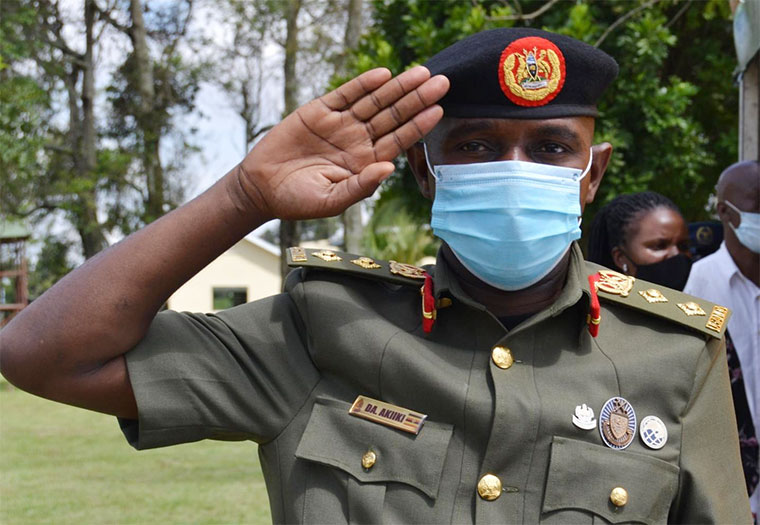 The royal guards will be commanded by Col James Kato Kalyebara, Col David Tweheyo takes over as the secretary of the National Defence College, while Col Emmanuel David Muhanguzi is appointed acting chief of policy and plans and Col Nicholas Nyesiga is the new director of personnel.

Col Deo Akiiki has bounced back as deputy UPDF spokesperson replacing Lt Col Ronald Kakurungu who has been appointed to deputise Col Paddy Ankunda as director of strategic communications (STRACOM). The appointment also confirmed the appointment of Col Allan Masiko as the director of the Special Forces Command (SFC) to be deputised by Lt Col Duncan Kafeero.

+7 #1 Lysol 2022-08-19 05:06
The army which has never fought and won any war of a foreign invading force, except for policing other failed states, has so many lapdog generals. All of them getting fat on taxpayers.