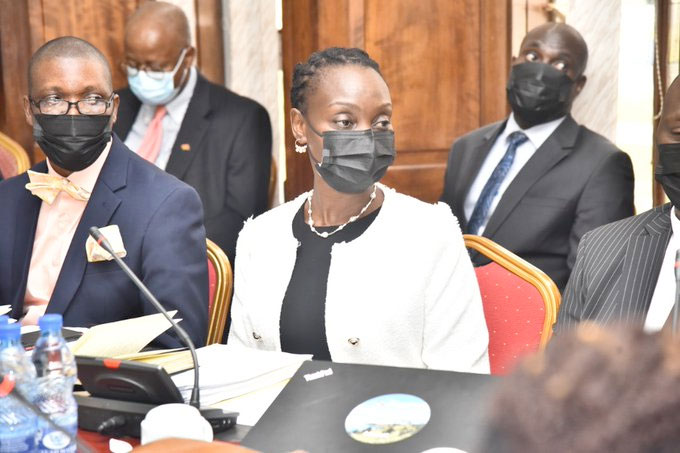 Legislators sitting on the commissions, statutory authority and state enterprises (Cosase) have queried the appointment of Jennifer Bamuturaki as the chief executive officer of the Uganda National Airlines Company Limited (UNACL).
The committee commenced an investigation into the operations of Uganda Airlines following a red flag raised by auditor general John Muwanga in his report for FY 2020/2021.

Today, the MPs further learnt that Bamuturaki lacked any post-graduate training - an extra requirement for the job at the time she was appointed CEO.

“My mother didn’t like my job of selling iron sheets and nails; so, she persuaded me to immediately do a master’s degree in Public Administration and Management. I was still young and some of my colleagues on the course were distinguished public figures such as Dr John Mitala and Wasswa Ziritwawula. Also, there was Jennifer Musisi [former KCCA executive director]." she told The Observer last week.

“I had just finished my master’s exams but didn’t wait to submit my dissertation to start my new job. I was just 25 years at the time,” she said.

Notably, the auditor general report pointed out that without an approved staff structure, the recruitment of the 107 staff of the airlines during the financial year under review is rendered irregular, and affects proper planning and budgeting for staff costs.

"I am qualified to run Uganda Airlines," Bamuturaki told the MPs.

MP Yusuf Nsibambi (Mawokota South) tasked the airlines' board chairperson, Priscilla Mirembe Serukka, who was represented in the meeting by Herbert Kamuntu, a board member to explain the criteria they used to handpick Bamuturaki as the preferred CEO.

In response, Herbert Kamuntu, a board member who represented the board chairperson of the airline told the MPs that prior to her appointment by President Museveni in April 2022, which was confirmed by Gen Katumba Wamala, the minister of Works and Transport on July 8, 2022, Bamuturaki, had good management skills after she volunteered and worked as an aide to the CEO, and later acting as CEO for over 12 months before her appointment.

Kamuntu revealed that the airlines initially contracted a recruitment firm, PwC to hire a substantive CEO, and received 40 applications from different candidates, adding that they abandoned the recruitment process following a directive by the president which led to Bamuturaki's subsequent appointment.

He said that the fact that they halted the recruitment exercise was an unfortunate situation.

“We hired a consultancy firm to put out an advert which they did, and while we were still going on with that process, we were told that this might be a quicker way to confirm the acting CEO,” said Kamuntu.

Kamuntu added that although the process was halted, they still need to pay PwC Shs 95 million and they are now engaging with the firm to ensure that they manage the recruitment of several other senior officials soon to be recruited.

“Does it bother you board chair that you put up an advert, people begin to express interest but along the way, that whole process is short-circuited and you say it is okay within the law. Why didn’t you then in the first instance, tell the shareholders to tell you who you want so that you just appoint them,” Ssenyonyi said.

Samson Rwahiire also a board member at the airlines stated that they did not do anything irregular adding that even in international recruitments, recruitment can stop and someone gets appointed directly.

“We did not have an account manager for the airline and it was affecting us, even where we needed to fly to we couldn’t. So chair we didn’t flout any rule, we just implemented a presidential order,” he said.

Lamwo District Woman MP Nancy Achora said the airline lost its integrity by advertising for a position but failing to interface with would-be able officers.

“As board members, you decided to choose one person but the ideal process would have been for you the board member to follow the selection criteria,” she said.

"If the airline was making money it would be okay; we want workers of the airline to be paid but you made a loss of Shs 164 billion in the financial year 2020-2021, and yet people are being paid over Shs 80 million,” said Cosase chairperson Joel Ssenyonyi.
Bamuturaki said that they are working on reviewing the salaries, and are currently in the process of conducting an audit. She said that for pilots and cabin crew members, the salaries are different because the Airbus has a salary structure different from that of the Bombardier.

Captain Lukman Ndusa, a pilot with Uganda Airlines said pilots are paid according to the standards of most airlines worldwide.

“We had to pick pilots from Rwanda, and Vietnam and some of them were Ugandans and were earning $13,000 monthly but we negotiated with them and they are currently earning $10,000,” he said.

Barbara Mirembe Namugambe, a member of the board added that the salaries have been reviewed stating that no manager is currently getting Shs 80 million.

According to the auditor general's report, during the period under review, the airlines budgeted to incur Shs 22.329 billion on salaries but, a review of the financial statements and payrolls for the same period indicated that Shs 27.428 billion was incurred in respect of salaries and staff expenses, implying an excess expenditure Shs 4.919 billion.
The auditor general revealed that the airlines made losses for the FY 2019/2020 and 2020/2021 amounting to Shs 102.442 and Shs 164.573 billion respectively. The current carrier began flying in August 2019, and it is a revival of the older Uganda Airlines which operated from 1977 until 2001.
The legislators tasked the management of the airlines to produce a harmonized staff structure within 30 days.

Nothing to do with running a productive and profitable business of some sort. And they are spending money on many flight months as if there is no tomorrow and counting.

Government is taxing people but cannot itself run any profitable business on its own to be able to pay any tax as well! Shame!
Report to administrator
+3 #2 WADADA rogers 2022-08-18 10:43
I wonder how an illiterate Amin used to handle such institutions when he was still President. Imagine Uganda airlines makes 100M a year yet the CEO earns 85M per month, where do they get the top up.

For those who are questioning her qualifications, remember she is not Okello, not Isabirye or Mukasa, she is Bamuturaki, a wife, girl friend or a daughter of somebody in the system or of a bush war hero
Report to administrator
0 #3 Miko 2022-08-19 01:08
Where so these people get their figures from to say pilots in Rwanda and Vietnam earn about $13k a month in order to justify the UNACL pilots salaries?

A simple Google search reveals that the average Air Rwanda pilot earns the equivalent of $1k per month. Powerful and well placed Ugandans are taking dishonesty to the tax paying and suffering wanainchi to another level.... And Jesus wept!!!
Report to administrator