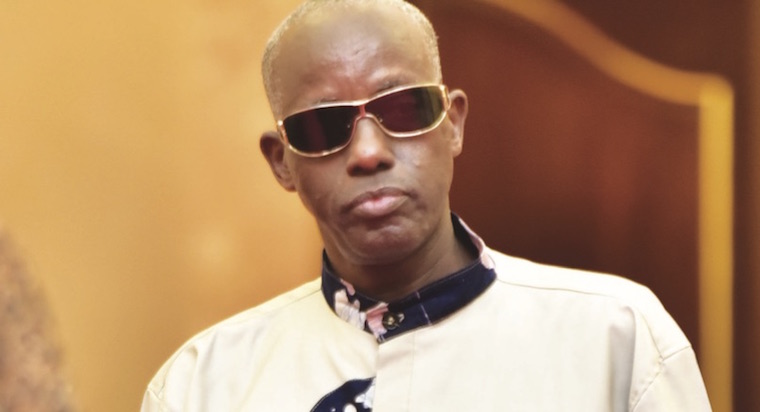 The Uganda People’s Defence Forces (UPDF) has condemned a section of Ugandans on social media who 'falsely' declared Gen Elly Tumwine ‘dead’ and also went on to 'celebrate his 'demise'. Tumwine was announced dead on Sunday night days after he'd been flown to Aga Khan hosptial in Kenya.

“It is with untold grief that we announce the death of our patriotic soldier and friend to the nation, Gen Elly Tumwine who has passed on at 10 pm at Aga Khan Hospital, Nairobi where he was airlifted on Thursday. The UPDF shall communicate further arrangements”, the false Twitter post read.

UPDF spokesman Brig Kulayigye, in response on Monday, described the post as a ‘shame’, saying: “If modernity is equivalent to wizardly, then I would rather remain backward. In a society with norms, NO one wishes another dead!!! But some people are going to a great length declare the living, dead!”

“Adversity will teach you so much about human nature. That said, I wouldn’t wish the last 24 hours on anyone. Time travel needs to undo social media because it’s currently in the pits. God is faithful regardless though. We give him praise," she tweeted.

Tumwine, 68, is a retired Ugandan military officer, an artist and educator. He is the former Security minister from 2019 to 2021. He also served as commander of the then National Resistance Army (NRA) from 1984 to 1987.

Write-ups about Tumwine's alleged demise started trickling in on social media on Friday following his evacuation to Nairobi earlier in the week. It is not the first time social media is falsely announcing Tumwine’s ‘demise’, and other high-profile government officials.

Other personalities who have recently been announced ‘dead’ on social media and yet were still alive include; the late speaker of parliament Jacob Oulanyah, state minister in charge of Karamoja Agnes Nandutu, and Eng Hillary Onek, the Lamwo County MP and minister for Relief, Disaster Preparedness and Refugees.

Several of such falsified news items is what has prompted Kampala Central MP, Muhammad Nsereko to introduce a law on cyber-harassment, which the speaker has currently referred to the committee on information communications technology for further scrutiny.

In the proposed bill, Nsereko prescribes stringent measures to address the gaps, the technological abuse with its grave impact on health, human relations and society at large such as Shs 15 million fine, lengthy jail terms or both, and a 10-year-ban from holding public office for convicted offenders.

I think it is because of the latter. I hope those people he ordered to be killed or ignored their please for mercy are waiting for him on the side. I am tired of the hypocrisy of expecting murderers and torturers to be treated humanely because they have fallen on hard times when their victims were treated mercilessly.
Report to administrator
-8 #2 Wainanchi 2022-08-16 07:53
Long live our revolutionary hero Afande General Elly Tumwine ,great patriot,legendary revolutionary liberation fighter who dedicated all his life to serving Yganda to the best of his abilities

We love you Afande Elly and wish you speedy recovery.Uganda needs you Afande General Elly Tumwine and needs you to defend it
We pray for your speedy recovery and send you our love General.Yours Wainanchi 382xm
Report to administrator
+10 #3 WADADA rogers 2022-08-16 09:00
With all due respect to General Tumwine himself, his family the historical and the UPDF, death is hoovering around the neck of this man.

Whether he is still alive or dead, many of us dont care that much, am sure there are many families whose loved ones were killed by Tumwine himself or on his orders. What makes those aggrieved by the announcement that Tumwine is special.

My prejudice against this man began the day he told Angina and Agero over the muyenga land incident that " why are you misusing our army" insinuating the army belongs to some few within Government.

God needs to take these bush war comrades five at ago in every year so that Ugandans may breath. We are tired of being reminded how they went to the bush.
Report to administrator
+10 #4 ugthinker 2022-08-16 09:19
Army could have condemned his insensitive and reckless utterances over the years too!

These entitled muppets have dehumanised our society leave them with no options at times…
Report to administrator
+8 #5 Lakwena 2022-08-16 09:58
But there should be nothing terribly wrong with wishing death, to self-confessed and unrepentant people who have killed and caused the deaths of hundreds of innocent citizens.

Otherwise, except not being able to get used to it (death), death is the most normal thing that it is a waste of breath to condemn any angry Ugandan from wishing instant death to certain people in power/government; who have left many Ugandans, orphaned, widowed, illiterate, crippled, bleeding, heart broken, jobless, homeless and/or landless.

In other words, where was Brig Kulayigye in Nov after the 18-19th 2020 massacre, when Gen Tumwine was pointing his bloody ugly finger at Ugandans and swearing by his mother at them, that they will be killed?

Long live our revolutionary hero Afande General Elly Tumwine ,great patriot,legendary revolutionary liberation fighter who dedicated all his life to serving Yganda to the best of his abilities

Hey Wainanchi! I though you were already resting in peace (RIP).

In other words, except you the bird of the same feathers with the Tumwine and Gen Tibuhaburwa of this country; who needs Masters of corruption, violence/torture and killers?
Report to administrator
+8 #7 Apuuli 2022-08-16 13:41
General T was always fond of boasting how he fired the 1st shot, the ushered in the 1980 Bush War, that eventually saw them capture power.

Now that he is immobilized by illness, does he reflect on the fact that, if he had NOT fired that 1st shot, perhaps he would still be having both his eyes? Or that perhaps, our schools, hospitals, courts and other institutions that were orderly and functional (pre-1980 Bush War and that infamous 1st shot of his), would NOT be the rotten entities that they are today, under their leadership?

Does it occur to him that, if hadn't been for that 1st shot he fired, perhaps he would not even have fallen "sick"? I hope it occurs to him that, had he not fired that 1st shot, Uganda would NOT be witnessing this country-wide land grab, and other abuses being meted out to the citizens of this country. I hope it occurs to him that, the peace and good governance his 1st shot brought to this country, were all a mirage. I don't have any sympathy for you comrade.
Report to administrator
+3 #8 Eunice 2022-08-16 16:52
"The army has a right to shoot and kill you"

Those words said infront of the camera are still haunting me especially for those who lost their loved ones. May God rest their souls in eternity, Amen.
Report to administrator