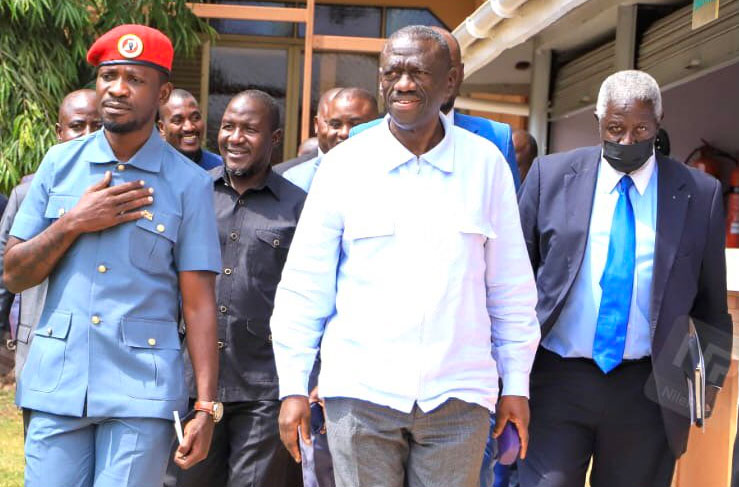 Three supporters of the National Unity Platform have been sentenced to one year, 11 months and 3 days in jail and considered two months as mitigating factors, a week after they pleaded guilty to wearing of red berets without authorisation.

This, however, is the time spent on remand by each of the convicts, and the court has thus released them with caution with orders not to repeat the crimes when they return to the communities.

Maxwell Okello, Alex Kadyama and Richard Tiriganya were arrested on November 18, 2020, from the areas around Kampala, where they were found with red berets, a signature headgear t of the opposition political party led by Robert Kyagulanyi Ssentamu, also known as Bobi Wine.

According to the government, the beret which according to Bobi Wine was a chosen symbol of resistance is a designated official military clothing. It was included in Uganda’s first-ever gazette of all military clothing, which states that any member of the public found in possession of the items is liable on conviction to imprisonment for seven years.

The move under section 164 of the UPDF act also banned the sale or wearing of any attire which resembles the army uniform and prohibited the use of side caps, bush hats, ceremonial forage caps and camouflaged baseball caps.

The three NUP supporters last week asked the General Court Martial to change their initial plea of not guilty, and on the basis of this, they were convicted of the charge pending sentencing. Today, they appeared before the Court Martial chairperson Brig Robert Freeman Mugabe who sentenced them to caution after deducting the time they have spent on remand.

Brig Mugabe noted that he had considered both aggravating and mitigating factors by the parties and found that the convicts were first-time offenders, remorseful and able to go back to the community and reform.

How will you replace Museveni who tribally divided & rules with;

- tribal leaders, subjects on his side,

- parliament changed constitution to make Museveni
the only ruler & waits for orders from him,

- ministers are under his order,

- even opposition leader Mao has joined the demon?

There is no opposition to call for an end to the tribalistic system & to UNITY of Ugandans, yet NUP hasen't understood the situation!

Uganda is a tribally divided ruled zone that belongs to Museveni!

Just NO to the tribalistic system & UNITY, with just ONE National Leader, are all Uganda needs!

Yet, not even NUP has understood it, but will lead Ugandans to yet another fake election that will only protect & ensure Museveni's lifetime rule, WHY?
Report to administrator
0 #2 sula 2022-08-16 17:28
Where does Mugabe come from , who is his grandfather?.

Anyway , we wont thank you , and it is not over. After the collapse of m7&co , the Truth and Reconciliation Commission will hear their case again AND will compensate them for the torture they have endured.

Dont worry guys , you are our heros.
Report to administrator