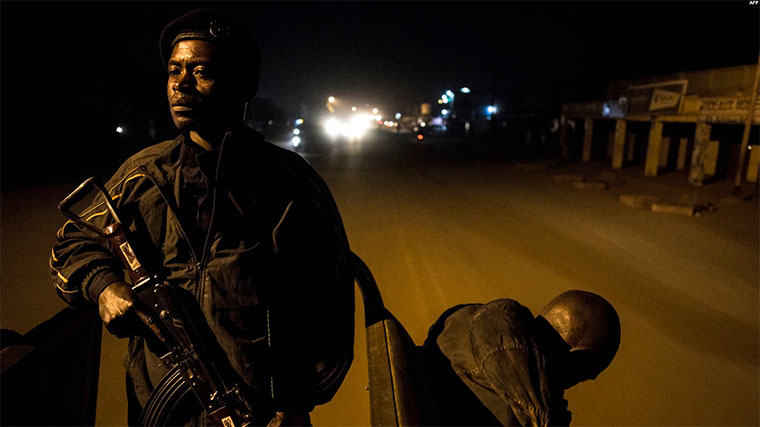 FILE - A local police officer is seen during a patrol in Butembo, north of Kivu, Democratic Republic of Congo, May 18, 2019.

Authorities in the eastern Democratic Republic of Congo (DRC) are searching for hundreds of inmates who escaped from Kakwanguru central prison when gunmen attacked the facility Tuesday night.

Five people, including two policemen, were killed during the jailbreak in the city of Butembo. Reuters reported that only 58 of 874 inmates remained at the prison when the attack was over.

Col Polo Ngoma, the police boss in Butembo, said Thursday that police have recaptured about 50 of the escaped prisoners. Ngoma told VOA that some of those captured were hiding with their families, while others were inside the homes of friends.

He said officers are searching for the hundreds of other prisoners on the run. Authorities say the escapees are dangerous criminals. Most of the inmates in the central prison were jailed for murder and aiding terror groups.

Antony Mwalushayi, spokesman for the DRC army's operations against armed groups, said the Allied Democratic Forces rebel group was responsible for the jailbreak. In 2020, the ADF was linked to a prison break that freed over 1,000 inmates in Beni, in northeastern Congo.