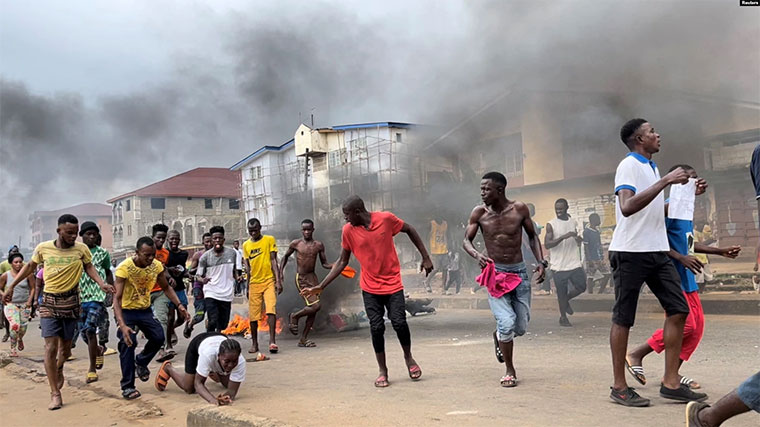 People run away during an anti-government protest in Freetown, Sierra Leone

Authorities in Sierra Leone say at least 13 civilians and six police officers have been killed in clashes that broke out during anti-government protests.

Anti-government protests erupted in Sierra Leone’s capital of Freetown and two other towns on Wednesday.

In Freetown, protestors barricaded the streets, expressing anger over the soaring cost of living under President Julia Maada's government. According to the protestors the cost of living has gone up more than 40 per cent within a few months.

The Africa News network reports that protesters threw stones at police, sparking a confrontation that led to the deaths. Sierra Leone police inspector general Willam Fayia Sellu told Reuters news agency Thursday that two police officers were killed in the capital Freetown, three in the northern town of Kamakwie and one officer in Makeni, a northern city.

Rights groups in Africa have called for investigations into the protest. On its official Twitter page, Amnesty International urged Sierra Leone to guarantee and protect the right to peaceful assembly.