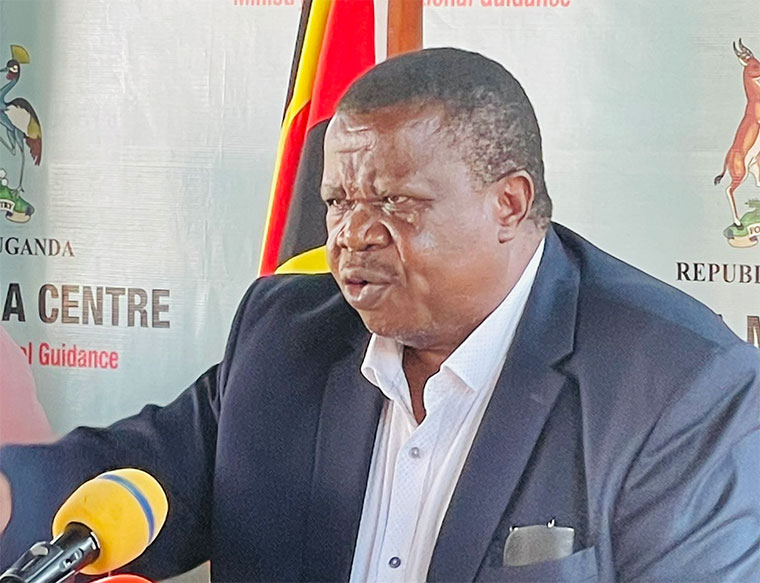 The National Identification Registration Authority (NIRA) will start a new round of the national identity card registration exercise in June next year as the current IDs are due for expiry in 2024. Internal Affairs minister Gen Kahinda Otafiire disclosed this while speaking to journalists on Tuesday.

He explained that the current National IDs have a life span of ten years, which is elapsing in 2024. Otafiire revealed that in 2024, the country will migrate to improved and user-friendly National IDs due to the improvement in technology and demands of modernity.

He explained that they issued National IDs with a life span of 10 years hoping that there would be technological innovations requiring the change of the feature on the IDs. According to Otafiire, the new National ID will contain several features, which wouldn't necessarily require the change of the current NIN.

"As technology improves, we shall also improve therefore we give the identity cards a lifespan of 10 years hoping that within those 10 years there will be innovation and new features appearing on the identity card. Your ID will not cease, no, no, your biodata that was captured then and the improvements that will be done now as we move, we shall increase the variety and variables captured on your ID," said Otafiire.

He revealed that all Ugandans will get the new national IDs free of charge, adding that only those in need of express national IDs can apply via the internet and pay a fee of Shs 50,000.

He also said that his ministry is to make sure that NIRA reaches every parish and with time to every village so that Ugandans don’t have to move long distances to register for the national IDs.

"We're doing our level best to make sure that everyone is registered and identified and given forms of identity, every child that is born is registered and given a national identification number and means of identifying him or herself. And as time goes on, we shall hope that every corner of the country. As of now, we have registration officers at every sub-county, we hope with time and with resources allowing, we shall empower the LC I committee and one of the members will be our registration officer. And the LC one being a community unit, we shall be able to capture all the information of our citizens and aliens who live in Uganda. We don't anyone loitering around Uganda without identity," said Otafiire.

Joseph Biribonwa, the chairman board of directors of NIRA, said that Uganda will be celebrating Africa Civil Registration and Vital Statistics day (CRVS) on Wednesday 10th August under the theme "Harnessing coordination, Country Leadership, and Ownership to strengthen Integrated Civil Registration and Vital Statistics system a vehicle for counting everyone."

Biribonwa also said that NIRA partnered with the ministry of Education and the directorate of basic education and secondary schools to raise awareness of the importance of birth registration through the annual national music, dance, and drama activities.

Rosemary Kisembo, the executive director of NIRA, said that the authority will work with citizens and the ministries department to strengthen birth and death registration for national planning and equitable resource distribution. She also said that birth registration is free and mandatory and urged parents to register their children at birth and register all deaths in their families.

+1 #1 Tabula 2022-08-10 10:57
As technology improves, we shall also improve therefore we give the identity cards a lifespan of 10 years hoping that within those 10 years there will be innovation and new features appearing on the identity card. Your ID will not cease,"

The same mistake is being made again. ID s are not supposed to have expiry date,because you are born a Ugandan and you will die a Ugandan.

As for the new features that might be available, that can be catered for when one looses his card and goes to get a replacement,other than having another mass re registration campaign every 10 years and billions wasted on issuing new cards to the whole population. Some one with a "voice to the powers be" , should advise them otherwise.
Report to administrator
+2 #2 WADADA rogers 2022-08-10 14:53
From change of passports to change of driving permits and now national ids
Report to administrator
0 #3 kabayekka 2022-08-11 17:39
Tabula you have a point indeed. It seems that there are some interests from above who are benefitting well from such an expensive exercise.

One wonders how this African peasantry identification exercise marks the Uganda humans with the territory they own and come from.

The land settlements or residence address of these citizens especially where land grabbing is becoming big business in this country.

Ettaka lyo bwa jajja, olulimi ne nonno. African communities are not like cattle on the farm that receive identification per season!

The Ganda tribespeople and their civilization have their great African identification since about the year of our lord 1200 and counting. Unfortunately this is a national parliament that believes that Buganda and its people started to exist 60 years ago!
Report to administrator