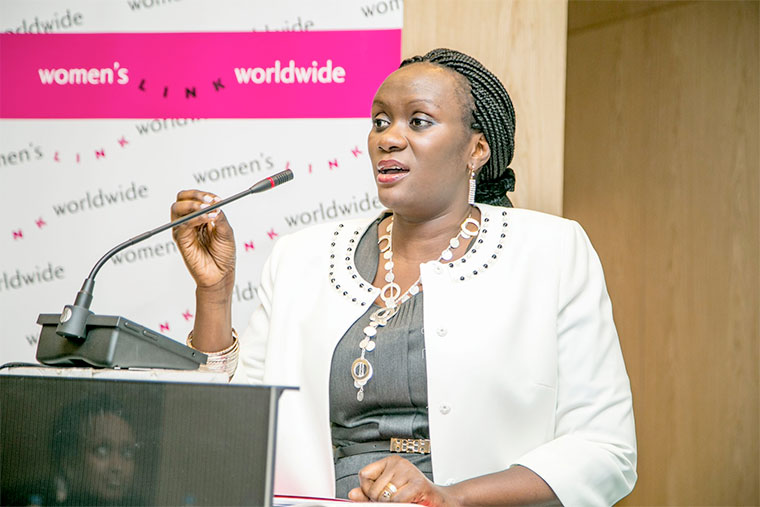 The High court has ordered James Kayita of HallMark Construction and Painting Company Ltd to compensate lady justice Lydia Mugambe with over Shs 250 million for unprofessional conduct and executing shoddy works on her apartments.

The order issued by civil division judge Musa Ssekaana on Monday arises from a successful suit filed by Mugambe in 2020 against Kayita and his company. Mugambe petitioned court, saying that on July 3, 2019, she entered into a construction agreement with the respondents for the completion of finishing works on her ten apartment block located in Ntebetebe Katuba Cell in Bweyogere in Kira Municipality, Wakiso district.

She indicated that it was agreed that these finishing works would be completed within six months for a total consideration of Shs 450 million. However, the court heard that though the lady justice paid Shs 320 million by November 12, 2019, the works on the said block were never completed.

She further accused the company of using wrong mixtures, poor quality sand and putting a third layer of plaster on the undercoat of the interior walls, which later made the walls develop cracks. According to Mugambe, the contractor installed poorly quality frames for the doors and despite the fact that they had budgeted for Spanish Matt finish tiles, the contractor used inferior and locally made titles.

According to Mugambe, she hired an independent expert to audit the works and it was established that Kayita and his company had done shoddy work that did more damage to the apartments to the extent that she asked them to leave her construction site altogether.

She accordingly accused Kayita and his company of deceit, misrepresentation, negligence, blackmail, sabotage and breach of contractual obligations and demanded compensation for general damages due to anguish and numerous inconveniences and commercial losses.

But on their part,  the respondents asked court to dismiss the case on grounds that Mugambe had failed to make payments that had become necessary given the stage of work, and that she was giving unreasonable and wrongful instructions in the course of construction.

The respondents faulted her for failing to provide structural and architectural design drawings and supervising technical personnel that would have helped resolve the technical disagreements over the work that was being carried out.

The company also filed a counterclaim against Mugambe seeking to recover more than Shs 171 million for damages arising from her conduct during the performance of the contract, unpaid balance from the contract, interest, and costs of the suit.

However, in his decision, justice Ssekaana agreed with his judicial colleague that there was evidence of shoddy works on the apartments which was a breach of the contract between the parties and that there were various negligent misrepresentations made by the company.

”As per my preceding findings, I found that there was evidence showing cracked wall plaster, plaster peeling off the walls, cracked ceiling plaster, cracked ceiling cornices, defective door frames, and unlevelled floor tiles or cracked/ damaged floor tiles among others," said Ssekaana. "This is also evidence of negligently performing the construction works which can be faulted on the defendants jointly and severally.”

He adds that Mugambe had proved on a balance of probabilities that she had suffered heavy financial losses as a result of the respondent’s breach of contract, negligence, and deceit in the performance of this contract. He indicated that the shoddy works by respondents would require the work to be redone/repeated, which he said, will definitely take some time and delay Mugambe in enjoying her investment.

“This court would not encourage ‘reckless and hazardous as well as economically inefficient behaviour on the part of the defendants (contractor) as this would appear to condone unskilled personnel in the construction industry which may lead to loss of life and property in future due to collapsing buildings in Uganda," added Ssekaana.

0 #1 Squib 2022-08-09 13:37
But how much do Justices earn to be able to afford 450m for finishing an apartment? Possibly Auntie Betty's lifestyle audit will enlighten us more on this.
Report to administrator
0 #2 Apollo 2022-08-09 19:38
An agreement of six months signed on July 03,2019, however payment of 70% is done one month to the end of the contract! It is possible the contract mismanagement happened to either party?

What is interesting even more is the shortcomings of legal representation. If materials were substandard, then UNBS and the manufacturer of the items should have been part of this Court litigation! This case would possibly have attracted a landmark judgment for this Country.
Report to administrator