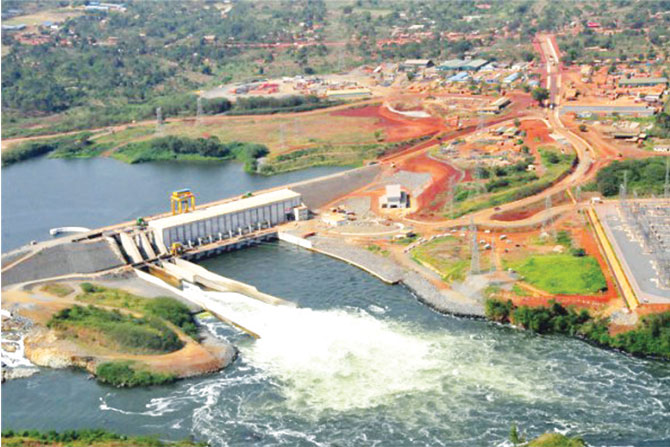 An Ad hoc committee of parliament has unveiled inconsistencies in the ownership and registration of Bujagali Energy Ltd, the company that owns and operates a 250MW hydropower plant on the River Nile.

The power plant was commissioned in 2012 and has been supplying energy to the Ugandan grid. But MPs learnt that the company won a multi-billion contract before it was even registered and that the original owners of the projects forfeited their shares when the company was incorporated.

The matter resurfaced on Thursday when Josephine Ossiya, the head of finance and administration at Bujagali Energy Ltd together with the general manager Alaister McDougall appeared before the committee which is investigating the irregularities in the hydropower project as raised by the Auditor General's report for FY 2020/2021.

The committee seeks to ascertain the government's equity contribution to Bujagali, return on investments, the cost-benefit and value for money for the income tax exemption over time among others.

Sheema Municipality MP Dickson Kateshumbwa raised a query after Ossiya, said that the company was incorporated in August 2005, yet records show that the same company was contracted in 2004 by the government.

But McDougall informed the committee that the current team is new and has little information about how the company was formed. His defence prompted Otuke County MP Paul Omara to question how a general manager can take up office without accessing such information.

The committee also learnt that Bujagali Energy Limited was formed by two individuals Ebert Byenkya and Innocent Kihika each injecting Shs 1 million. But the duo forfeited their shares after the company was incorporated.

The revelation attracted questions from MPs on how a Shs 2 million company came to win a multi-billion contract and the government's basis to invest $20 million (Shs 77.2 billion) therein. The Bujagali officials failed to explain the controversies prompting the Kateshumbwa who was chairing the committee to adjourn the meeting.

In May 2022, the speaker of parliament Anita Among set up an ad hoc committee after parliament rejected the request to extend the five-year tax exemption to the company, and instead agreed on a one-year exemption so as to allow the government to conduct a forensic audit into the earlier 15-years' tax exemption.

This followed a proposal by state minister for Finance, Henry Musasizi, to extend the income tax exemption for the Bujagali Hydro Power project from July 1, 2022, to June 20, 2027.

The proposal was rejected, in part with MPs demanding that government undertakes a comprehensive study on the cost benefits of tax exemptions, after realizing that in 2021/2022 tax exemptions cost Uganda Shs 7.7 trillion in would be revenue.

Ugandans, please, don't go for next fake parliamentary election that will sink you deeper while mps get richer as they work for Museveni & ensure you are poor slaves!

Ugandans, don't go on legalising mps' crimes/abuse against you!

Museveni will rule with or without election, so does't need mps elected by you, especially as they no NOTHING for electorate!

Idi Amin was less demon than Museveni; he didn't have mps & closed parliament so Ugandans were victims, without ensuring they are his slaves constitutionally with fake parliament!
Report to administrator
+2 #3 kabayekka 2022-08-05 21:29
It is indeed very wrong to continue to provide tax exemptions to this hydro electric energy company when all over the world energy companies are paying taxes and making massive profit from a world economy that is struggling badly!

Of course if it was the indigenous people who owned this company, such ownership would not be tolerated by this money minded government of NRM.
Report to administrator
+1 #4 Akot 2022-08-07 19:57
kabayekka, agreed.

Ugandans have made Museveni so so strong;

- they go for fake presidential, parliamentary, local
elections, to

legalise, constitutionalise Museveni, the only winner in the Uganda he owns/controls completely!

- NO to the tribalistic system Museveni, and

- UNITY will block & show him way out, then,

Ugandans will be FREE to form the kind of governance they want!

It took USA/UK/EU 20 years to understood it's the tribalistic system that ensures Museveni's post, they didn't oversee last fake presidential election & won't be there at the next that will ensure his 45 years in power!

How many Ugandans of Museveni's age still live & how?
Report to administrator