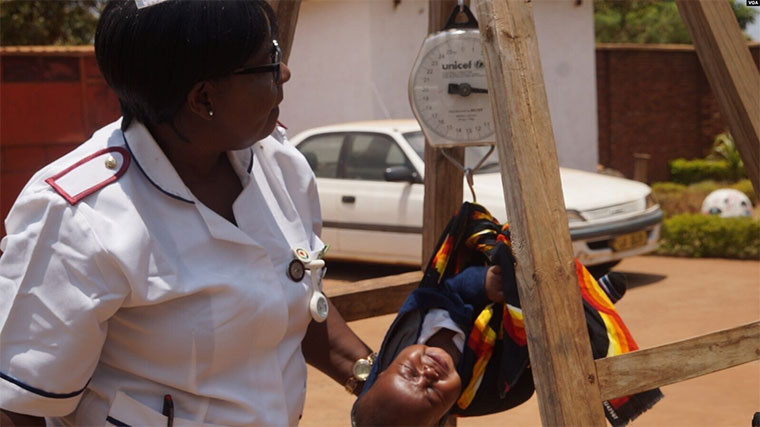 Malawi's nurses' union is urging President Lazarus Chakwera to allow about 2,000 nurses to work in the United States and Saudi Arabia, after the government ordered the plan be stopped.

The National Organization of Nurses and Midwives of Malawi (NONM) announced the plan a month ago, saying the nurses were forced to take jobs abroad due to high unemployment in Malawi. The health care brain drain raised concerns, and the ministry of Labor on August 2 ordered the plan be cancelled, saying the union has no legal mandate on labor migration.

Malawi's minister of Labour Vera Kantukule told VOA that the decision to suspend the plans was made after considering that NONM is just a union of medical workers.

"What we told them is that if you want to be doing this thing, then you probably have to register a separate identity that will be doing the recruitment but you, the way you are, your mandate does not allow you to engage yourself in labor migration," Kantukule said.

"Last time, we had an inquiry from Scotland. One of the hospitals in Scotland wanted to do this," Kantukule said. "And the Scottish government got a response from the WHO saying 'Malawi is on the list of those countries that you cannot take their health personnel.'"

Shouts Simeza, president of NONM, said he is surprised by the ministry's position.

"The minister cannot cancel this thing. The minister has no mandate all together to tell us we don't have the mandate, that's being rude, in fact," Simeza said. "And it is the government that has identified us as NONM to facilitate this. And the government has often said that it is not the only entity to recruit, that's what the head of state Lazarus Chakwera says, 'job creation campaign.' And that's exactly what we are doing."

Simeza said the decision to seek jobs for nurses abroad came because 3,000 trained nurses in Malawi are unemployed. Simeza said the earlier arrangement was that the first group of 1,000 nurses was expected to leave for Saudi Arabia this month. The plan is to send 1,000 each year for a five-year project.

But he said there was a delay because they were waiting for guidelines from various ministries including Health, Foreign Affairs and Labour on how to move forward.

"The team that we are sending out are our members, our members," Simeza said. "They are not employed by a government ministry. So they don't belong to any ministry, they don't. So we went seeking guidance from the Ministry of Labour on the safety and security of the membership that are going to the US [and] Saudi Arabia."

The Malawi government said recently that it cannot recruit more nurses now, because of financial constraints. In a statement August 2, a group of Malawi's nurses and midwives urged Chakwera to intervene and prevent the Ministry of Labor from halting the plan to send some of them abroad to work.

There was no immediate response from Chakwera on the matter.

-1 #1 Uhuru 2022-08-05 20:58
Malawi may have done well to export the labour, especially to the US.
Report to administrator
+1 #2 kabayekka 2022-08-06 01:50
Indeed this sort of controlled labor immigration is what makes Pan Africanism look like a dodgy organization that is in cahot with the East African community, the African Union, to reduce African professionalism to nothing.

These are African professionals who want to work and make a better living for themselves. If their country of origin is unable to employ them, they have all their rights to immigrate where they can get employment.

Moreover the government of Malawi will be the first institution to rush and heavily tax the remittances these professionals will be able to submit to their families who are suffering high inflation in that poor African country!
Report to administrator