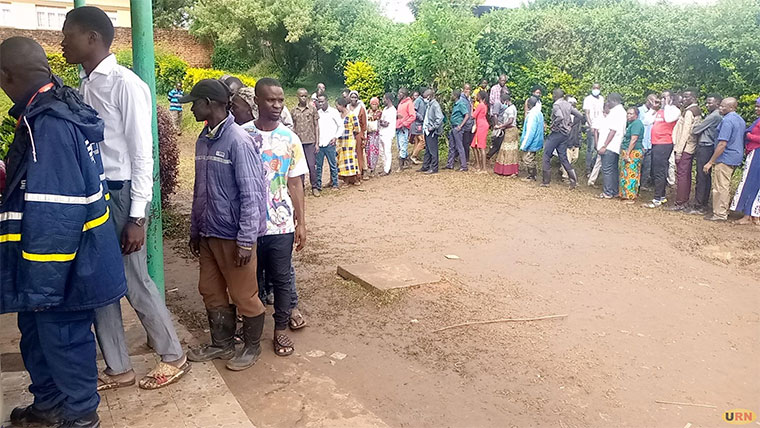 Relatives queue up to identify bodies at Mbale City mortuary

The government has pledged Shs 5 million to each of the families who lost relatives in the weekend floods that ravaged eastern Uganda and left more than 24 dead.

Mbale city resident commissioner Ahamada Washaki says President Museveni has directed that each family be given Shs 5 million per retrieved body. He said Prime Minister Robinah Nabanjja asked him to inform the public that the government will give the money to help in the burial arrangements.

21 bodies have been retrieved so far and 5000 families were displaced in Mbale city following the floods that hit the city on Saturday night through to Sunday morning after rivers Namatala, Nabuyonga, Nashibiso and Nambale filled to capacity and burst their banks.

According to Washaki the authorities are still compiling the list of the victims and identifying the rest of the bodies. Another 3 bodies were retrieved in Kapchorwa. Mbale city mayor Kassim Namugali said that over 80 households were damaged and hundreds of them have been affected by the floods.