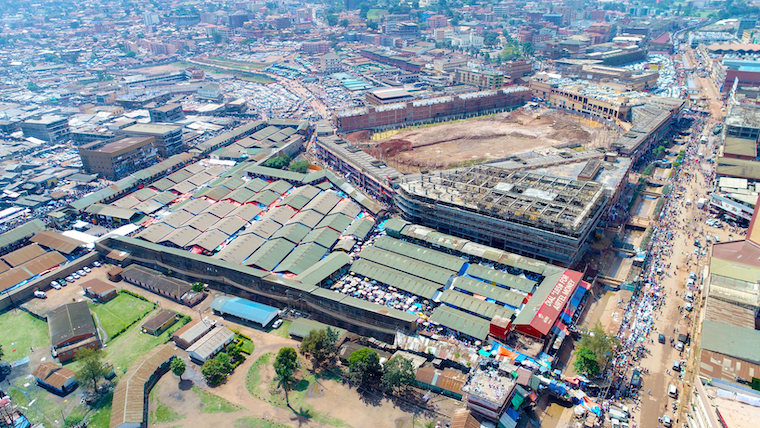 The High court has issued an interim injunction, restraining Kampala Capital City Authority (KCCA) and the ministry of Lands from proceeding with the re-entries on the Owino Market land including cancellations of the lease title certificates.

KCCA and the ministry have also been restrained from interfering with or sabotaging the activities or developments on the land, pending the determination of the temporary injunction.

Justice Boniface Wamala issued the injunction on Friday after an application was filed by the vendors under the St. Balikuddembe Market Stalls, Space and Lock-up Shops Owners Association (SSLOA).

The interim injunction follows temporary orders that justice Musa Ssekaana issued on Tuesday this week stopping vendors from St. Balikuddembe Market alias Owino from returning the duplicate certificate of title to the registrar of title for cancellation.

On July 18, the registrar wrote to SSLOA, informing them of the re-entry and instructed them to hand over the duplicate certificate of title to the district land board.

The vendors rejected the directive and petitioned the High court through their lawyers; Majdah Atulinda and Smith Kayanja, arguing that they had rightfully secured a lease on the market land and were hence the rightful owners. They asked court for interim orders stopping the registrar from cancelling their title pending the conclusion of their application.

Documents from the Kampala district land board, indicate that the lease was issued at a paper corn arrangement, but had terms of Shs 4 billion premium, and ground rent of Shs 200 million on an initial term of 10 years condition for SSLOA to redevelop the land initially under the then KCC. However, the lease processing by the then KCC was delayed by the various lawsuits.

Whereas SSLOA had not yet developed the land, on October 5, 2018, Museveni made a U-turn and directed that market ownership be reverted to local government, starting off the court battles.

+3 #1 Zaitun 2022-07-31 15:46
This Museveni man has become so notorious for giving out land that belongs to people to foreign organisations under the pretext that it is for development!

What our so-called learned Ministers, Secretaries and whatever you call them do not understand is the fact that, what their so-called president is doing is a move to deprive Ugandans of their land and right to own land. If that is not the case, why can he not do that in his own village, if at all he has one?

Who are these beneficieries if not modern colonisers of the people of Uganda?
What exactly are the so-called elected MPs doing in Parliament? Were they sent as people's representatives just to say "YES" all the time even if that means killing your own brothers, deprive them of their land, of his God-given life?

Our so-called educated countrymen and women have decided to abondon us to slave traders at the price of a cent!
What a country!!!
Report to administrator