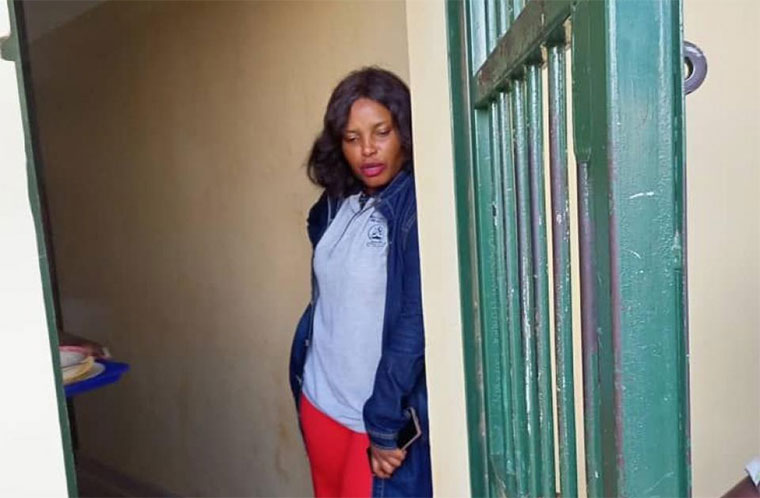 A former contestant for the Mpigi District Woman MP seat, Joan Lule Nakintu, has been remanded to Kitalya prison.

Nakintu was arrested Wednesday while leading protests against the skyrocketing food and fuel prices in the country. She was arrested together with Elvis Katongole a councilor representing Ward B in Mpigi town council and Martha Namugenyi, a resident of Kalagala village in Mpigi.

Nakintu was held briefly at the police station in Mpigi before she was arraigned before the Magistrate’s court and charged with unlawful assembly and violating the Covid-19 regulations, which she allegedly committed in 2021.

Nakintu appeared before grade one magistrate Fatuma Nabirye and denied the offences before she was remanded to Kitalya Prison until August 3. According to court records, Nakintu was last year released on bail pending trial but she did not report to the court.

Nakintu accused the police and the courts of resurrecting an old case file. She said that the case file was earlier dismissed by the same court. Joseph Tulya, the acting police spokesperson for Katonga Region said that the suspects will help the police in the ongoing investigations in the case of inciting violence.

0 #1 WADADA rogers 2022-07-28 11:40
These unfair laws will one day hold the makers to account, right now they are good laws because the makers are in power
Report to administrator