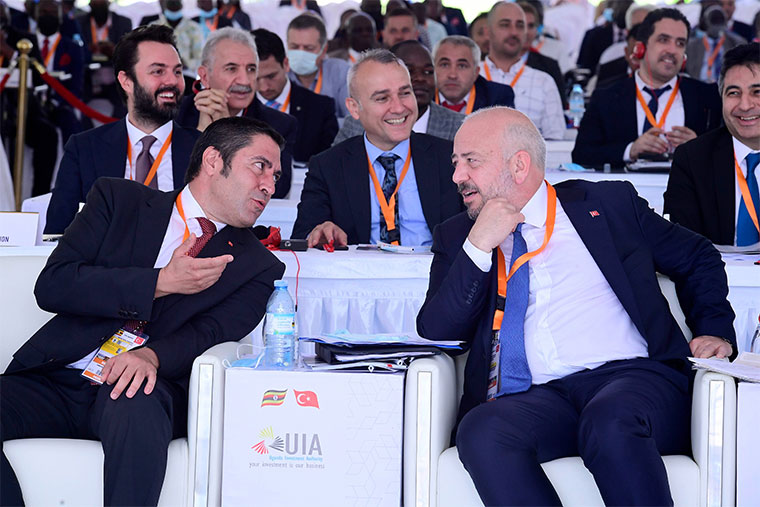 President Yoweri Museveni has directed Frank Tumwebaze, the minister for Agriculture, Animal Industry, and Fisheries to allocate Turkish firm, Beyler Group 15 acres of land in Entebbe for the construction of a hospital.

In his June 20 letter to Tumwebaze, Museveni says the Turkish Investment Group has committed to building a modern private hospital in Uganda.

"They intended to promote medical tourism in Uganda. The more of such hospitals we can have, the better for our health sector," read Museveni's letter.

Adding that, "I, therefore, direct you to allocate them land from the agriculture land in Entebbe for this purpose."

The development comes over a month after Museveni met a six-man delegation of Beyler led by their CEO Dr Hulusi Söğütlü on May 25 at State House, Entebbe.

During the meeting, the officials expressed interest in investing in the country's agriculture, health, water, and hitech defence systems mainly drones (unmanned aerial vehicles). The officials told Museveni they needed 15 acres of land to set up a hospital in Entebbe and Kampala areas. They also want to set up among others; a coffee processing factory to roast and grind beans, a radiotherapy center in Mbarara, and a factory that manufactures water and oil meters.

The group told Museveni that they have already set up a PCR diagnostic center for COVID-19, tuberculosis, HIV, and gonorrhea in Bugolobi, Kampala. Museveni promised to look into their proposals. The ministry of Agriculture land in Entebbe municipality currently houses its head offices, directorates, and agencies namely the National Agricultural Research Organisation (NARO) and National Animal Genetic Resources Centre and Data Bank (NAGRC&DB).

This will not be the first time the government is providing free  land for the construction of a private specialized hospital. In March 2019,  parliament approved the request by the ministry of Finance to issue promissory notes for the construction of the International Specialised hospital in Lubowa to a tune of $379.71m (about Shs 1.393 trillion). The government has so far injected Shs 667 billion into the project, which was expected to reduce the number of Ugandans seeking treatment abroad.

Enrica Pinetti, the director of the proposed Lubowa hospital promised to construct the facility within two years and run it for six years before passing it over to the government. However, to date, the project is still at the foundation level, three years after its start.

+8 #1 Zaitun John 2022-07-28 09:44
Uganda will in the end be a countgry for foreigners and Ugandans the colonized and Museveni will be the real African under-dog and the modern slave trader in Africa.

As a foreigner, he does not care a dime to give Ugandans away to be colonised for the fourth time by foreign invaders- the Brits, then the Indians, the Tutsi and now the Turks.
We live to regret our demise tomorrow!

If we, Ugandans do not wake up, we risk being kicked out of our own country by foreign invaders. We like it or not, our peasants are already suffering the consequences of this invasion under the batusi dynasty.
Report to administrator
+3 #2 Loveuganda 2022-07-28 15:16
Why give out land in Buganda? Doesn't Western need the hospital?

M7 will do anything to chop the land as he likes. We are not yet down with the Lubowa saga now this.
Report to administrator
+4 #3 rubangakene 2022-07-28 16:43
We are back were we were in colonial times; foreigners coming to give 'mirrors and soap' to our leaders in exchange for land that should be used for food production to feed 'wanainchi' of this country.

Why does parliament not carry out due diligence on these companies first to find out if they are genuine?

Why all hospitals near Entebbe and not Karamoja or any part of the country. I wouldn't be surprised if they turn the land into a kebaab factory!
Report to administrator
+1 #4 Lakwena 2022-07-29 14:17
it used to obsession with Hotels, but now obsession with Hospitals.

It is bewildering and exasperating!

Except Modern Cannibalism (human vital organs harvesting), what is it with Gen Tibuhaburwa and cabal's obsession with Direct Foreign Investors Hospitals in Uganda?

In other words, if 99% of Ugandans can't even afford the bribes and extortion from medics in the Multiple Health Center I-IV up to the National Referral Hospital, Mulago; how many Ugandans will afford these so call foreign driven modern/specialized hospitals?

God where are you?
Report to administrator
+2 #5 Lakwena 2022-07-29 14:29
But since he is obsessed with Middle Income nonsense vis-a-vis non existent jobs, why doesn't Gen Tibuhaburwa start donating some of his and/or the idle land in Rwakitura and/or Mbarara/Ankole?

In other words, since he is also rabidly divisive, emasculating, a chauvinist discriminative supremacist tribal and sectarian nepotist; in that way, such project will benefit the people of Ankole and uplift them into the Middle Class status.