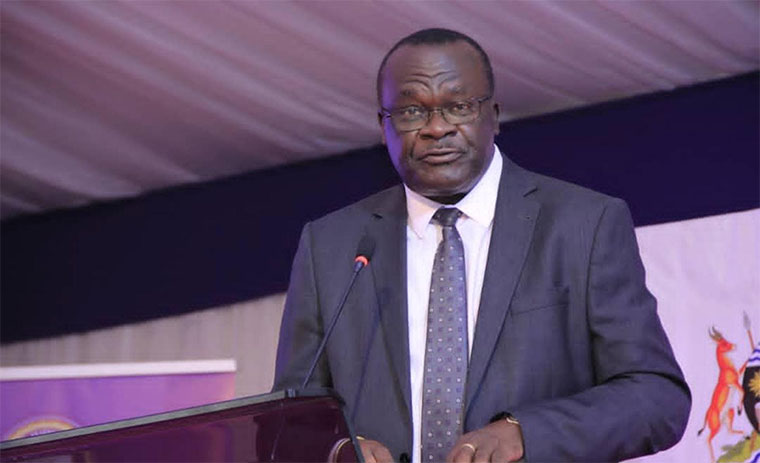 The judiciary has unveiled new bail guidelines aimed at promoting uniformity and consistency by courts while considering bail applications.

Launched by chief justice Alfonse Owiny-Dollo on Wednesday at the judiciary headquarters, the new guidelines require courts to consider and dispose bail applications expeditiously within 30 days from receipt of the application with the intention of reducing incidences of pretrial detention.

In the past, there was no time frame for considering and determining bail applications. While presenting the bail guideline, former Uganda Law Society (ULS) president, Francis Gimara, said that it would even take even between one and six years for a simple bail application to be disposed of in some cases.

According to the guidelines, where an offence is triable by both the High court and Magistrate's court and the accused person has been on remand for 60 days before the commencement of trial, the person shall be released on bail on such conditions that the court considers reasonable.

The same guidelines also indicate that when the offenses are triable by the High court only and an accused person has been on remand for six months before the case is committed for trial, the magistrate shall immediately refer the file to the High court for mandatory release on bail. Previously the magistrates would entertain the bail application on capital offences if an accused person clocks six months without being committed to facing trial, but the new guidelines relieve them of such powers.

The guidelines state that when granting bail, the courts will give an opportunity to a complainant to submit any information that he or she thinks should be considered by the court in making a decision. But on the issue of granting bail to capital offenders such as charges of terrorism, cattle rustling, rape, aggravated defilement, embezzlement, corruption, bribery of a member of a public body, and others where a magistrate lacks jurisdiction to try them, that person who wants bail must plead exceptional circumstances.

The exceptional circumstances listed in the guidelines, a copy of which URN has seen include having a grave illness certified by a medical officer of the prison or other institution or place where the applicant is detained as being incapable of adequate medical treatment while the applicant is still in custody.

It also requires the applicant bringing a certificate of no objection to bail signed by the Director of Public Prosecutions (DPP) and proof of infancy or advanced age. The applicant is also required to present an introduction letter from their Local Council one chairperson.

Previously, this was only required from the sureties. The guidelines drafted in a 24 paged document further say that where applicable, an asylum seeker or refugee registration documents issued by the office of the prime minister shall be among the contents of the bail application. The chief justice faulted the criminal investigation directorate of the police and the office of the DPP for stalling disposal of cases through endless investigations and adjournments respectively.

He asked the executive and parliament to intervene and strengthen the criminal investigation directorate and DPP to see that evidence is collected in time to allow cases to be heard without delay, which will reduce on the applications for bail. On his part, the principal judge Dr Flavian Zeija, who also doubles as the chairperson of the law reform committee of the judiciary, said in a speech read for him by justice Musa Ssekaana, that they did robust consultations about the guidelines before they were put in place and encouraged the courts to make good use of them for uniformity purposes.

The guidelines come at a time when the chief justice is clashing with President Yoweri Museveni over bail issues. Museveni has consistently called for the scrapping of bail for capital offenders. However, the chief justice/judiciary has insisted that bail remains a constitutional right that shall be granted at the discretion of the presiding judicial officer.