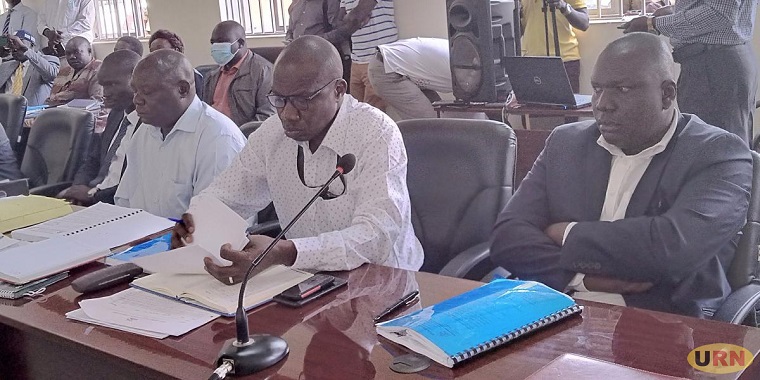 They are the chief administrative officer (CAO) Jude Mark Bukenya, principal human resource officer Israel Echoku, and former CAO, Donath Eswelu. The trio is accused of paying more than Shs 10 million to 15 staff that neither appear on the Integrated Personnel and Payroll System (IPPS) register nor had the necessary documentation on their personal files.

The irregularity was captured in the Auditor General’s report for FY 2020/2021.

“I noted that UGX 10,115,392 was paid to 15 staff that neither appeared on the IPPS payroll register nor had the necessary documentation in their personal files to support their existence,” reads part of the report.

The audit report also queried the overpayment of a pensioner identified as James Afeku by the district amounting to over Shs 17 million. When asked to explain how the payment of the 15 ghost staff happened, Ecoku blamed it on the creation of numerous administrative units that triggered confusion in the payroll.

However, when tasked to identify the ghost staff, Ecoku only said that they were staff of Madi Okollo district local government. PAC chairperson, Martin Ojara Mapenduzi ruled that the three officers be interrogated by police after failing to get give justifiable reasons as to why the 15 ghost staff were paid by the district.

Mapenduzi further directed Israel Echoku to refund over Shs 10 million that he allegedly paid to the ghost staff. The committee members have pitched a camp in Arua city to interact with officials from West Nile districts about the audit queries.

So, when will mps order for Museveni to be investigated for owning & misusing Uganda tax money?

What will Ugandans do in the messy system of rule when Museveni dies of old age leaving them tribally divided, yet believe they are in a democracy?

Mps change the constitution to make Uganda Museveni's family buisiness & they serve him!

Why are Ugandans ensuring Museveni destroys them/their land for good, with the kind of rule that no other land in today world would accept?
Report to administrator