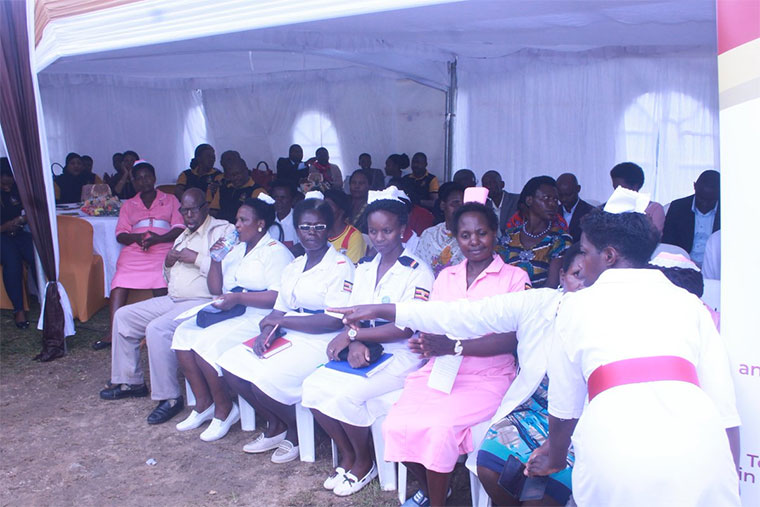 The African continent doesn't have enough health workers to meet the needs of its population, a new study has revealed.

The study which was published in the British Medical Journal this week surveyed the health workforce in 47 countries between January 2018 and April 2019. The findings show that the continent does not have enough health workers across different medical fields like physicians, nurses, and midwives. It is estimated that the continent has 3.6 million health workers across all the 47 countries surveyed.

The study titled, "The health workforce status is the WHO Region: findings of a cross-sectional study," shows that on average has a 1.5:1000 health worker ratio. This is below the recommended World Health Organization (WHO) ratio of 4 health workers per 1,000 people.

The report attributes the high shortage of health workers to several factors including inadequate training capacity, international migration or brain drain, weak governance of the health workforce, and poor retention of health personnel.

“The severe shortage of health workers in Africa has daunting implications. Without an adequate and well-trained workforce, tackling challenges such as maternal and infant mortality, infectious diseases, non-communicable illnesses, and providing essential basic services like vaccination remains an uphill battle,” she said.

According to the report, 37 per cent of the workforce, the majority, is made up of nurses and midwives while medical doctors are only nine per cent. Laboratory personnel and community health workers contribute 10 per cent and 14 per cent respectively while 12 per cent are administrative and support staff.

Only four countries; Mauritius, Namibia, Seychelles, and South Africa have surpassed the WHO health worker-to-population ratio. In Uganda, the doctor-patient ratio stands at 1:24,000. For this ratio to be reduced, the report recommends that governments address the persistent shortages and poor distribution of the health workforce.
In addition to this, the report suggests that countries increase investments in building the health workforce to meet their current and future needs. In addition to this, it suggests that strong measures be taken to boost the training and recruitment of health workers as well as to improve their deployment and retention.

0 #1 Akot 2022-06-26 17:04
The first thing Africa MUST ensure is GOOD GOVERNANCE that will then have to ensure National EDUCATION for ALL children, thus beginning of DEVELOPMENT!

Africans wanted to be free from whites colonialisme & govern themselves, right?

Africa is land of polygamy with +60% of population -35 & so many 13 years old considered adults raising brothers/sisters! These are dying to reach Europe to get chance to Education!

Developed world MUST wake up & end membership of UN, if there is to be hope for a different tomorrow for the entire world!

USA/UK/EU will collapse face to migration, unless they say NO to UN & form a real humane body to protect their system, their future!...
Report to administrator
0 #2 Akot 2022-06-26 17:27
...Ugandans MUST say NO to the tribalistic system Museveni so cleaverly put in place, knowing it's the only way for him to rule for life as the tribally divided ruled are POWERLESS!

Is this so with USA/UK/EU leaders?

Ah! USA/UK/EU find it normal to give millions to UN;

- to ensure UN take care of migrants in refugee
camps,

- taking in migrants on their lands, resettling them in
Uganda, Rwanda...,

USA/UK/EU are as naive as Ugandans & will be completely destroyed by Museveni & UN, while they support/pay for their own destruction,especially as now with Covid, Ukraine imposed war by Putin, no land is spared from after effect/consequences!

Health workers in Europe are exausted, many left work as they can't cope any more!...
Report to administrator
0 #3 Akot 2022-06-26 17:35
...USA/UK/EU will be in political chaos as long as they are members of now meaningless/defunct UN that ensures bad rule, while treating migration as NORMALITY & gets free money from it!

USA/UK/EU politics will be war/chaos, their politicians at war with one another, they'll change leaders every 4/5 years, but as long as they are members of now defunct UN that is partner of dictators/useless rulers, developed countries will be filled with migrants with no end!

B. Johonson wants to relocate migrants to Rwanda as UK public/social services are overwhelmed!

But UN/Church leaders/Humanitarian Organisations are all out against B. Johonson for this, yet they are all IN to ensure dictatorship/useless rule causing migration!

What logic, what humanity is there in this?

Putin, Kagame, Museveni, Erdogan, Jinping...must be so happy as the world collapses!
Report to administrator