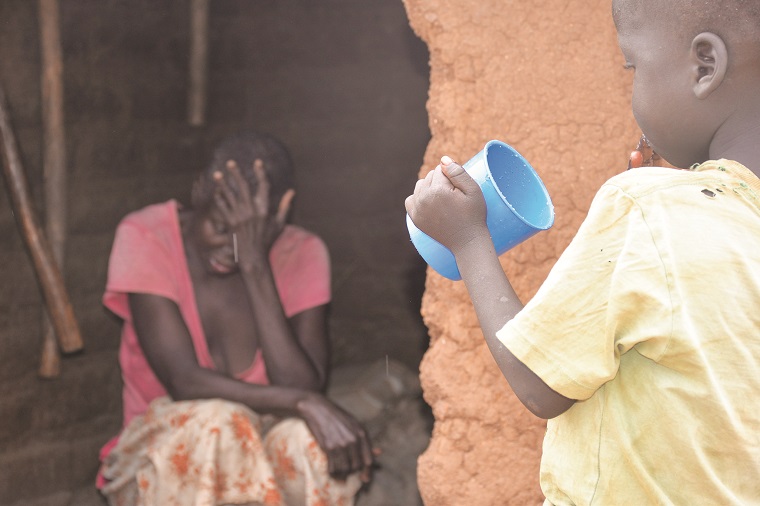 The planned full implementation of the Parish Development Model (PDM) by the government starting next financial year has drawn mixed reactions, both from cynics and optimists.

This is the latest attempt to propel Uganda into socio-economic transformation. For three decades now, the county has undergone several plans, programs, projects, and models over the last 30 years, aimed at boosting the economic development journey, with varying levels of success, according to beneficiaries, experts, and leaders.

These started at the turn of the 1990s when the World Bank and other official statistics put Uganda’s poverty level at 55 per cent of the population. These initial programs were aimed at lifting as many people out of poverty as possible, hence code names like Entandikwa (starting capital), Poverty Alleviation Program, and the Poverty Eradication Action Plan (PEAP), among others.

This stage was succeeded by interventions aimed at making people richer or more prosperous, and they included intervention lines Prosperity for All, Operation Wealth Creation, and livelihood schemes or programs. The Poverty Alleviation Program (PAP), was one of the earliest, with the plan finalized in 1992, and by 1994, it had started getting funding from the African Development Bank.

Project activities were mainly concentrated in areas directed affected by almost two decades of political and economic instability in north, northeast, east, and western Uganda. The money was mainly channeled through NGOs to the poor communities in the country. A review of the program two years later by the lender, hailed the project as almost effectively implemented, save for diversion from procurement agreements, where vehicles for PAP were purchased outside the agreement.

This was one of the reasons the plan cost rose from $150,000 to $640,000. The government also announced the creation of the ‘Entandikwa’ program, a revolving fund with the main focus on smallholder farmers and businesspeople, and was based on a Shs 6.4 billion budget. As PAP was being touted during the 1996 campaign, the president encountered several complaints all pointing at persistent poverty.

This prompted the leaders to create a more comprehensive plan that would be a basis for eradicating poverty from the Ugandans. The Poverty Eradication Action Plan was then created and involved several interventions, including the Plan for the Modernization of Agriculture (PMA).

The PMA is part of the government’s broader strategy of poverty eradication contained in the PEAP. PEAP’s major pillars are; creating a framework for economic growth and transformation, ensuring good governance and security, directly increasing the ability of the poor to raise their incomes, and directly increasing the quality of the life of the poor.

PEAP was later turned into a political platform to respond to the president’s political pledges. In 2003, the department was mandated to develop wealth creation models, and by 2010, it had designed more than 12 initiatives aimed at increasing productivity and value addition, according to a statement from the State House.

“One of the initiatives is a model parish, an innovation evolved by the president to demonstrate how systematically a high concentration of projects in a model parish can be used to tackle poverty and speed up rural transformation,” says State House in the statement.

This is one of the areas from which recommendations were made before the current Parish Development Model was created. In 2007, the government sought to mobilize local revenues to fund more initiatives, and the idea of channeling the funds through groups or savings and credit cooperative societies was mooted.

This resulted in the Prosperity for All (Bonna Bagaggawale) program, and the government launched a campaign to see as many SACCOs as possible created. According to President Yoweri Museveni in 2019, Prosperity for All is aimed at enhancing value addition and financial deepening among others.

“It is based on 4 pillars namely, production, value addition, information, and financial services. SACCOs fall under financial services and their roles are to improve the 4 pillars. It is your hard work and commitment towards nation-building that will ensure the success of your SACCO,” he told leaders of the program.

These SACCOS were created to replace microfinance schemes which were considered hard to monitor and control. The program was aimed at mainly lifting rural people out of poverty.

“Instead of enriching all Ugandans, the PFA program benefitted a few individuals who are well-connected to the ruling elite. The program has failed to achieve either development or poverty reduction because its activities and operations have become heavily politicized,” said Johnson Makoba a researcher at the University of Nevada, Reno.

In 2013, a new program, Operation Wealth Creation (OWC) was established as an autonomous body mainly manned by army officers, under President Museveni’s efforts “to create discipline” in the agriculture input distribution activities.

This followed continued complaints against the National Agriculture Advisory Services (NAADS) by farmers that NAADS was not effective. It was accused of supplying substandard inputs as a result of corruption. To date, OWC has diversified into the monitoring of farmers and agro-processors for quality, in conjunction with government agencies.

It says that its two main mandates are to “Distribute farm inputs to farmers and coordinate government ministries, departments, and agencies for improved service delivery aimed at transforming the 68% Ugandans outside the money economy."

In 2014, the Youth Livelihood Programme (YLP) was launched, designed as one of the interventions of the government in response to the high unemployment rate and poverty among the youth in the country. This covers all the 112 districts at that time, including Kampala city, with a budget of Shs 265 billion approved by parliament for the first 5 years of implementation (up to 2018).

Immediately after, the Uganda Women Entrepreneurship Programme (UWEP), was launched aimed at improving access to financial services for women and equipping them with skills for enterprise growth, value addition, and marketing of their products and services.

Some of the inventions will include those similar to what has been done before, including interventions like Emyooga, the Youth Livelihood Scheme, and the Women Entrepreneurship Scheme. What the PDM brings as new, according to the formulators, is that planning for development will be done from the bottom and implemented upwards, unlike before.

Dr Fred Muhumuza, one of the proponents of the PDM says previous interventions have had challenges that the model attempts to overcome.

“Operation Wealth Creation and partners revealed mixed results with more positives on inputs and certain outputs but less progress on impacts and outcomes.  The downward trend of poverty reduction has flattened with a high risk of reversal, growth rates have reduced despite the increases in the government budgets, the Covid-19 response has increased debt and reduced domestic revenues,” he says.

Muhumuza explains that the PDM is not intended at abolishing interventions but rather to restructure how service delivery is planned and executed.

“The PDM will enable government to consolidate the scattered services, plans, and budgets to increase production and productivity in all sectors. Unlike project approaches, the PDM targets all aspects of development including universal access to financial services with affirmative actions for women and youth; extension and business development services; and strengthening the LG administrative systems through recruitment and facilitation of staff. It will promote regional centers for multiplication and distribution of agricultural inputs through partnerships between NARO, private sector, and the LGs,” he says.

MUK was the best university on the continent drawing in students from as far as West and Southern Africa. Mulago was the hospital of choice. EBB - however small - the current airbase - was the best airport in the region.

All of these particularly between 1962 to 1972. Apparently, besides the economy, the rest of the aspects remained strong even during Idi Amin's era. So how do we get back there?

Avoid anything and everything "none" Ugandan. In the 60s, it was the pure Ugandan tribes (Acholis, Langis, Ganda, Soogis, etc) in charge of the public service. In the 70s, came the not so pure Ugandans - Nubians. Look what they did.

Muwanga, Obote tried to stabilize in the early 80s until a certain Tutsi spoiled things to date. So, Ugandans must avoid "none pure" breeds. Even if the husband is pure Ugandan but the wife is not, eg, Tutsi Itungo, avoid!!!
Quote | Report to administrator
0 #2 Munafu Mali 2022-06-22 19:02
Avoid anything and everything "none" Ugandan. In the 60s, it was the pure Ugandan tribes (Acholis, Langis, Ganda, Soogis, etc) in charge of the public service. In the 70s, came the not so pure Ugandans - Nubians. Look what they did.

Muwanga, Obote tried to stabilize in the early 80s until a certain Tutsi spoiled things to date. So, Ugandans must avoid "none pure" breeds. Even if the husband is pure Ugandan but the wife is not, eg, Tutsi Itungo, avoid!!!

Absolutely no harm if the husband is a pure Ugandan.! ..
Quote | Report to administrator
Refresh comments list
RSS feed for comments to this post
Add comment