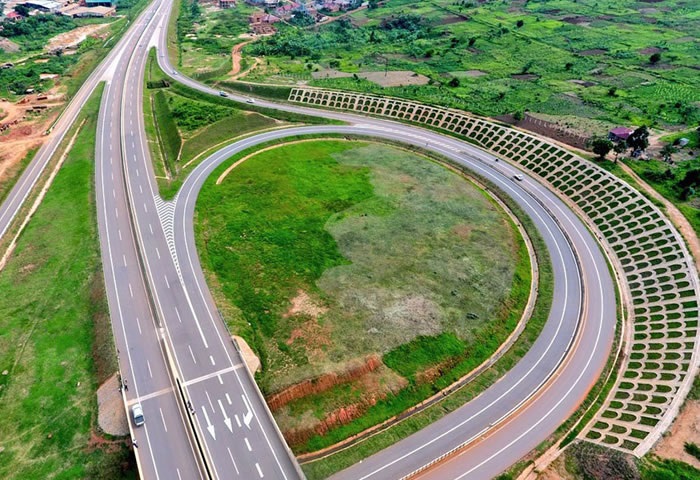 A Kampala based lawyer and motorist, Michael Aboneka who regularly plies the Kampala-Entebbe expressway, has sued the Attorney General and Uganda National Roads Authority (UNRA) over lack of street lights along the road.

He filed the case, through Thomas and Michael Advocates, before the civil division of the High court in Kampala on June 16. Aboneka says the ministry of Works and Transport (represented by the Attorney General) and UNRA are in "breach of statutory duty" for failing to install streetlights on the expressway, Kampala Northern bypass and all other national roads and highways.

He explains that the failure to provide lighting on the said roads has "grossly threatened" his life, "curtailed his free movement in his own country, and inconvenienced him from practising his trade as a Ugandan advocate, farmer and businessman who carries on his practice and trade in various parts of Uganda and out of Uganda and sometimes comes back at night using the said roads."

Aboneka says the ministry of Works is responsible for the national roads and transport sector in Uganda and UNRA's supervisor, while UNRA is charged with the responsibility of maintaining, managing and developing the national road network among others according to the UNRA Act, 2006.

But he says the ministry and UNRA have failed to perform their statutory duty or obligation to install lighting on roads to ensure the safety of road users, "which has constrained" his "right to movement", and poses a threat to his life and other road users among others.

"The darkness that descends on the said roads at night due to the lack of streetlights renders them treacherous for motorists and all road users as they are susceptible to accidents and has further attracted criminality which is a threat and danger to the life of Plaintiff and all other road users," Aboneka pleads.

Aboneka noted that he wrote to the minister of Works and Transport, Gen Katumba Wamala on March 23, 2022, about the lack of street lights.

"As you are aware, the Kampala-Entebbe expressway and the Kampala Northern bypass are engulfed in darkness as they have no street lights. This is not only dangerous to motorists and road users but has also contributed to the insecurity and criminality on the two highways," reads the letter.

He asked Katumba's "good office to urgently provide street lights on the two highways for the safety of Ugandans and all road users who painfully pay a road toll each time they use the Kampala-Entebbe expressway."

But Aboneka says he did not get a response, prompting him to take legal action because "despite the darkness, motorists are charged a toll fee for the usage of the Kampala-Entebbe expressway."

He now wants court to declare that the ministry and UNRA "are in breach of their statutory duty and obligation by omitting to install streetlights on the Northern bypass, Kampala-Entebbe expressway and all other national roads and highways".

He wants court to also order the government to install the streetlights along the expressway, highways and national roads across the country within two years. Aboneka is also claiming for Shs  100 million in general damages "as compensation for the grave inconveniences and dangers exposed to the plaintiff by the defendants' failure to provide streetlights on the above roads."

Motorists pay between Shs 3,000 and Shs 18,000 per trip on the expressway, which connects from Kampala Northern bypass at Busega and joins the old Entebbe road at Mpala and Kajjansi. The collections are used to maintain and operate the road and also to repay the $350 million loan that the government acquired from the Exim Bank of China to construct the 51.4-kilometre expressway.

Two weeks ago, Allan Ssempebwa, the communications officer at UNRA, urged Aboneka and other road users to be patient, saying "we have procured over one thousand street lights to be installed on both sides of the road and hope to start installing them next month. We are only waiting for tax clearance from the Uganda Revenue Authority for the lighting poles and lights."

Joy Nabasa, the public relations manager of French Firm Egis, which maintains the road and collects the toll on behalf of UNRA, agreed with Ssempebwa. She said that Egis and UNRA are working round the clock to install streetlights on the road by the end of this year.

Nabasa added that "the designs, location marking and setting up of electricity poles and substations are complete while procurement of lighting poles is 50 per cent. The rest of the activities are below 5 per cent because they can only be done once procurement is complete," she said.

Egis collected a total of Shs 13 billion between January 8, 2022, when the exercise began, and May 24, 2022, Nabasa revealed recently.  She added that the road registered 2,920,000 passages from January 8 to May 31. The Kampala-Entebbe expressway is used by mainly incoming and outgoing air passengers, taxi operators, visitors and Entebbe residents.

Entebe expressway currently holds the first position as the most expensive expressway ever constructed on the face of the planet! If there are no street lights, it's by design not omission.

We dealing with hard core organized criminals who are determined to loot our country naked! That's a given. Law suites will never ever cure the problem neither will they relieve the pain! We are held into a vice of family, relatives and tribesmen looters!

M7 holds the largest budget in trillions, Janet M u is next, then M7 comes 3rd in state house, presidential travel, presidential donation, including but not limited to, consonant supplements, Muhoozi also gets the defence budget, Salim Saleh get the operation wealth creation, Kagina gets the one for UNIRA snd Kasaija is the one who makes certain that all the above get there "fair " share!
Quote | Report to administrator
0 #2 Robina Ninsiima 2022-06-19 15:13
The lawyer should also help Ugandans and sue the Italian investor, or is she a quasi investor?- with respect to the Lubowa Hospital project and its missing billions of shillings that were paid out to her!

The said hospital is no where, causing alot of anguish , annoyance and hopelessness to Ugandans...
Quote | Report to administrator
0 #3 Odongkara Bidong 2022-06-19 18:26
This will not happen in the Banana Republic of M7! Hold your breathe for the ruling if it will ever come!
Quote | Report to administrator
0 #4 JTom 2022-06-20 02:51
Which law school did this one Michael Aboneka go through?

A generalized injury (if there’s any injury at all) that is suffered by the public as a whole, than an individualized injury, does not result into a claim capable of being remedied by courts of law.

What gives the complainant a legal basis to a claim for 100m, without showing how he has a personal stake in the outcome of the litigation?

Absent injury, the complaint’s claim is what it is! A waste of court’s time entertaining an experiment. What Mr. complainant ought to do is to prepare to vote out the sitting govt at the next polls in 2026.

Courts are not a forum through govt efficiency is achieved, such is at the ballot box in a political contest of manifestos.

Otherwise, counsel for the complainant just as the complainant, supposedly a practising lawyer, should be condemned to paying costs of filing a non-starter suit intended to waste court’s time and court for them unwarranted publicity.
Quote | Report to administrator
Refresh comments list
RSS feed for comments to this post
Add comment