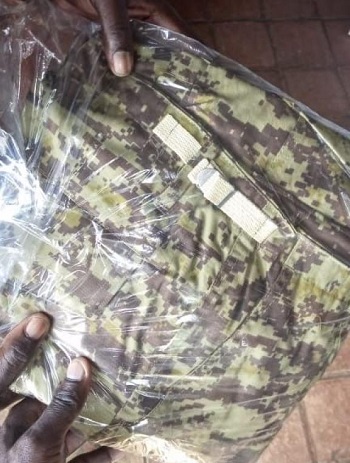 In an effort to curb cattle theft, the Uganda Police Force has officially announced that it has changed the operations uniform for Anti-stock theft unit (Astu) personnel operating in Karamoja sub-region and the neighbouring districts.

All the Astu officers operating in Karamoja have been donning field force camouflage uniforms. Micheal Longole, the Mt Moroto regional police spokesperson said that the unit which is directly charged with the responsibility of mitigating cattle thefts and operating in Karamoja and the neighbouring districts is changing its uniform for easy identification and to suit the environment the forces are operating in.

In the statement, Longole said: “Uganda Police Force informs the general public that the Anti stock theft unit of the Uganda Police Force, Astu is in the final process of changing its operation uniform that fits the environment of Karamoja.”

According to Longole, the uniforms are friendly with the environment of Karamoja and will lead to improved security and handling contact with cattle rustlers in the ambushes. He said the uniforms are already in the stores and the change will take effect from next week while the uniforms formerly used by Astu will only be used by police personnel attached to the Field force unit (FFU).

Longole urged the members of the public not to be alarmed when they notice the change during the operations but instead cooperate with security to end cattle theft in the region.

0 #1 kabayekka 2022-06-19 00:36
What has got to do with changing a police uniform when all it really needs is all fighting parties to put down the killing guns and sit down on a round table of negotiations?
Quote | Report to administrator
+3 #2 Lysol 2022-06-19 04:41
Karamoja has always frustrated all the regimes, even before independence.

I happened to witness one time, while in the military barrack in Moroto when the soldiers were afraid to get outside to confront the cattle raid going on around the Mt. Moroto. Museveni can camp there a million times, but he will fail like many before him, including one brutal Amin. Now it's all about looting the minerals.
Quote | Report to administrator
Refresh comments list
RSS feed for comments to this post
Add comment