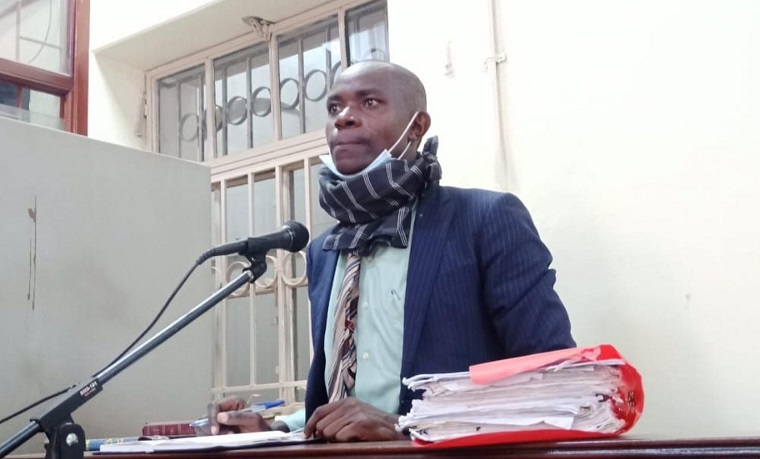 The judiciary will compose a new panel of Constitutional court justices to hear an application in which jailed lawyer, Male Mabirizi wants the criminal charges against the Kawempe North MP, Muhammad Ssegirinya, and his Makindye West counterpart Allan Ssewanyana dropped.

Justice Catherine Bamugemereire revealed this to Mabirizi on Thursday in the presence of Richard Adrole and Jonathan Muwaganya, both state attorneys from the Attorney General's chambers and Office of the Director of Public Prosecutions (DPP) respectively.

The case had been fixed for hearing before a panel of judges comprising lady justice Bamugemeire, Stephen Musota, Irene Mulyagonja, Muzamiru Mutangula Kibeedi, and Monica Mugenyi. But Musota and Mugenyi were no show when the matter came up for hearing.

Bamugemereire who led the panel of three justices that presided over the matter, said that the Constitutional court administration had decided to change the panel, which explained why it was not fully constituted. She, however, didn't delve into details about why the decision was made to change the panel.

Bamugemereire said a fresh hearing date will be communicated to the parties as soon as possible once the panel is constituted. Prior to the communication, Mabirizi who was under the tight watch of prison warders, demanded an explanation of why the composition looked like for a Court of Appeal where only three justices preside over the matter as opposed to five justices.

In September 2021, Mabirizi sued the Attorney General for slapping additional charges of terrorism, aiding and abetting terrorism, murder, and attempted murder against Ssegirinya and Ssewanyana moments after being released on bail for murder. Police arrested the two legislators on September 7, 2021 in Masaka district shortly after securing bail from Masaka High court.

The charges stem from their alleged involvement in the Greater Masaka region machete killings, which claimed the lives of more than 20 people between July and September 2021. On September 21, 2021, the court granted them bail of Shs 20 million before the state slapped with them an additional charge of murdering Joseph Bwanika, eight days later.

As a result, Mabirizi petitioned the Constitutional court in the same month, arguing that the additional charges brought on a different criminal file amount to political persecution, which is unjustifiable in a free and democratic society and therefore unconstitutional. He said that the additional charges deprived Ssewanyana and Ssegirinya of the Shs 20 million, which should not have been the case had the state presented an amended charge sheet.

Mabirizi noted that the state actions made it hard for the legislators to get effective representation from a lawyer of their choice at their own expense, and it required them to make new bail applications on offenses alleged to have been committed within the same period and area. He asked the Constitutional court to stop the duo’s trial and order their immediate and unconditional release and award him general and exemplary damages for the disturbances arising from the said state actions.

By the time of filing his petition, Mabirizi was a freeman until February 15, 2022 when he was found guilty of contempt of court and sentenced to 18 months in jail. He is currently serving his sentence at Luzira Maximum Security Upper Prison.

Ugandans in posts torture, teargass, imprison... their own & our people find such inhuman court procedure normal, WHY?

Migrant Museveni treats Ugandans as Putin does with Russians; Ugandans/Russians are rags!

How will Ugandans survive after Museveni, go along with his son & be slaves torturing one another for him too?

Tribal leaders, mps, ministers, judges, church leaders are traitors, poor Ugandans are cowards happy to be slaves of migrant Museveni, WHY?
Report to administrator
0 #2 kabayekka 2022-06-19 00:27
This is what we keep saying all this time. When the white man had not yet come to Africa, there were fair Arican judges in the village African communities that used to sit the courts and to pass judgement so that the people would be able to see justice being done.
Report to administrator
0 #3 World_Not My_Home 2022-06-19 09:09
I cry the Beloved Uganda! for sure I do not blame M7 I blame Ugandans the impunity, in all sectors can be stopped if Ugandans are there for each other.

Judges and Magistrates fighting their own when they are 101% sure they are innocent Police arresting innocent people because of different political opinion.

I cannot wait to see a new Uganda without M7 and I see the behaviors of the custodians of Justice. I condemn the use of the word Migrant M7. its not about migrant it is about empathy, political tolerance and love for the country and one another.
Report to administrator