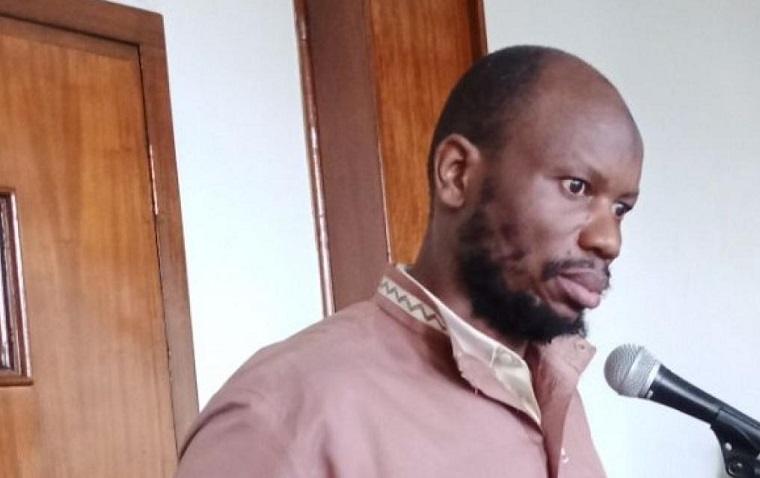 The prosecution told Buganda Road Chief Magistrate’s court presided over by Dr Douglas Singiza, that between 2021 and January 2022 while in Uganda and the Democratic Republic of Congo (DRC), the ex-Guantanamo Bay inmate in Cuba, together with others still at large, belonged or professed to belong to ADF, a designated terror organization.

Singiza didn’t allow Kiyembe to plead to the charges on grounds that his court lacks jurisdiction to try capital offences. He informed Kiyemba that he will be tried by the High court, which also has the mandate to entertain his bail application should he be interested in gaining temporary freedom.

However, Kiyemba through his lawyer Geoffrey Turyamusiima argued that the Chief Magistrate’s court has the jurisdiction to try his offence under the law. In his response, the magistrate said that he was trying to be careful and asked Turyamusiima to write to him officially quoting the specific laws. Accordingly, he remanded him to Luzira prison until May 16, 2022 as investigations continued.

According to Kiyemba's lawyer, his client was picked up from the Old Taxi Park in Kampala in January 2022 but the records before the court show that he was arrested from DRC and detained at the Chieftaincy of Military Intelligence (CMI) in Mbuya. The available information shows that Kiyemba went to the United Kingdom in 1998 at the age of 20 years to study for a degree in pharmacy.

He was however arrested in Pakistan in 2002 together with a US operative and suspected Al qaeda terrorists while trying to enter Afghanistan. Kiyemba was reportedly born Anthony Kiyemba and converted to Islam following his father's death and changed his name to Jamal Kiyemba. According to online sources, he was granted an indefinite stay in Britain before he ended up in Pakistan.

He was then detained at Guantanamo Bay in Cuba for four years before being released in 2006 after Muslim activists intervened on his behalf. Records further show that Kiyemba was later released and compensated with a whopping one million Euros (Shs 3.7 billion) worth of British taxpayer's money for false imprisonment and human rights abuse before being deported to Uganda.

The records also show that Kiyemba was subsequently arrested in Uganda in April 2015 in relation to the murder of state attorney Joan Namazzi Kagezi on March 30, 2015. Unknown assassins riding on motorcycles gunned down Kagezi on her way home in Kiwatule, a Kampala City suburb. Despite the arrest of several suspects, none has been tried successfully and convicted for the murder.

Recently, President Yoweri Museveni directed the attorney general to work on the extradition of Kagezi’s killers despite the fact he failed short of mentioning their names and where they are found.

There are MANY Muslims living happily in Uganda, just like there are also some Catholics, Protestants who are on Bad terms with government, one can be a Muslim and "Live Happily" as long as they dont participate in terrorist activities!
Report to administrator
+3 #5 Kalibbala 2022-05-16 22:33
# Mudada Dude! You call yourself Isma but you are one of these Terrorists Carrying Muslim names in disguise to tarnish our Name..Islam if you went to School means Peace! Ever heard of Crusaders ??

They were Christians on rampage Killing Everything alive on their Way!!..There is nobody who will not Defend Himself if Attacked!

Go to Luwero and Count the Million Skulls scattered in the area! Were all these Innocent Ugandans killed by Muslims?? Ignorance in No Defense !
Report to administrator