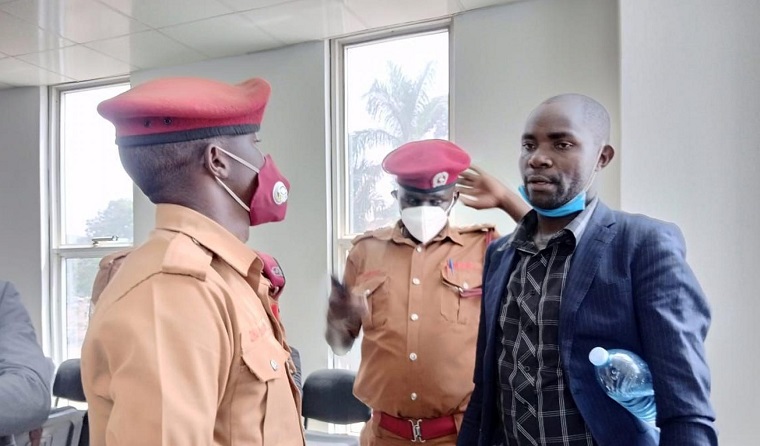 Jailed lawyer Male Mabirizi cannot be given internet access while under custody, the assistant officer in charge of Luzira prison, Herbert Kaheeru has told the High court in Kampala.

Kaheeru affirmed the position while appearing before criminal division judge Isaac Muwata to explain why it was not possible to give Mabirizi internet services as he had requested. This is in a case where Mabirizi wants court to cancel bail for pastor Aloysius Bujjingo the director of House of Prayer Ministries and his lover Susan Makula whom he's accusing of having contracted marriage that breached the Marriage Act.

Mabirizi argues that Bujjingo legally married Teddy Naluswa on December 20, 2003 , and before the dissolution of that marriage, the pastor went on and married Makula under customary law on December 7, 2021, in Kawuku-Katabi. The case was later taken over by the Director of Public Prosecutions (DPP) and the accused couple granted bail.

Dissatisfied with the decision by the DPP to take over the case, Mabirizi filed an application in which he said that if court wants to release Bujjingo and Makula on bail, the pastor should pay a security bond of Shs 2 billion and also stop making death and violence threats against him as a witness and private prosecutor.

Bail was granted and Mabirizi's application dismissed on grounds that bail is at the discretion of the judicial officer and that the law gives the DPP power to take over and continue all criminal proceedings. Mabirizi thus appealed to the High court seeking orders that Bujjingo and Makula's bail be cancelled because he was not given a fair hearing.

However, when Kaheeru appeared before justice Muwata today Tuesday, he said they don't give internet services to prisoners. He indicated that for the prisoners who want to do research, they have a well-stocked library which students pursuing university studies in prison use.

The court has heard that where there is missing information in the prison library, they have legal aid defenders who help prisoners to go outside and search for that information on behalf of the inmates. According to Kaheeru, the reason internet is not provided to inmates is because of security reasons and they believe once it's opened up, there is a likelihood that inmates can commit crimes.

But Mabirizi was not ready to respond to what Kaheeru told court. He instead asked court to grant him a short adjournment for him to come up with a proper response. As a result the case, in which Timothy Amerit is representing the state, was accordingly adjourned to May 17.

Mabirizi is currently in prison serving an 18-month jail term handed to him by High court judge Musa Ssekaana on February 15, 2022, after being found guilty of contempt of court for his actions of continuing to use his social media platforms to abuse judicial officers.

0 #1 WADADA rogers 2022-05-10 21:53
Well, that is the price we pay when we continue using old fashioned colonial laws to run a country, in the developed countries, inmates are allowed to have internet and news papers if they can afford them and if they cant the government is supposed to provide the service.