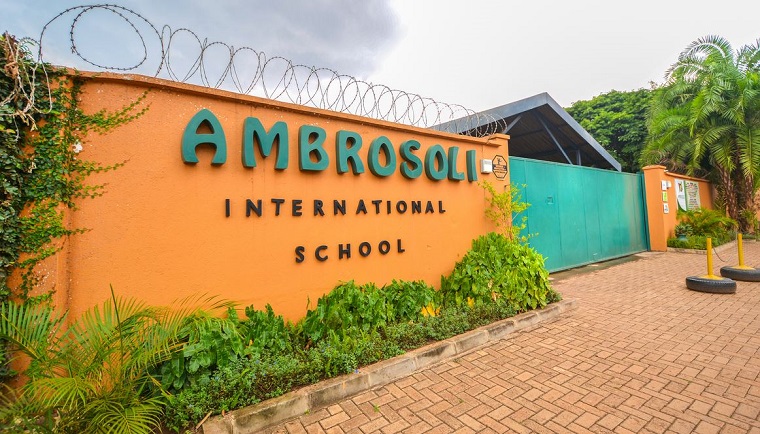 An international school teacher has been charged and remanded until May 24 on charges of aggravated defilement of a three and half-year-old pupil.

Police spokesperson Fred Enanga identified the suspect as Belly Kirimwimana, a Burundian national teacher at Ambrosoli International School located in Bugolobi, a Kampala city suburb who was arrested over the weekend.

According to police, preliminary findings indicate that between the month of February and March this year, Kirimwimana would escort the child to the toilets, where he could use his fingers to sexually assault her.

"Upon examination, the girl was found with bruises and signs of inflammation on her private parts and in one of her complaints to the parents, she said that that particular teacher had bad manners and will be eaten by a dragon. So you could see that she was really affected, traumatised by this conduct at her age of 3 years," said Enanga.

"We're concerned that more children could have been victimised by teacher Belly Kirimwimana and do call upon parents and school administrators at Ambrosoli International School to talk to the children on whether they could have been victimized by the suspect or not. We want to thank the parents for reporting the matter to police, and the school administrators for cooperating with us.  It truly showed that their first priority was always their pupils," said Enanga.

Enanga urged thorough background checks on teachers before they are employed and sensitisation on the potential risks that children are exposed to. He also called for the training of teachers to empower them to identify potential suspects and victims. He identified bruises, poor hygiene, dejection, and unexplained absences as tell-tale signs of mistreatment of all kinds. Other common forms of child abuse in schools include; use of inappropriate language, sexually exploit imagery, prolonged hugging, fondling, inappropriate kissing on the forehead, inappropriate complimenting etc.

Carol Mbaaga, director at Cambridge College of St. Mbaaga in Gayaza, calls on school administrations to carry out thorough background checks on the teachers they employ. She says this would help in reducing the chances of hiring people with such criminal tendencies.

"We have got a big role to play in protecting children against such predators in schools because they are everywhere, let the schools impose stringent measures, and do thorough checks on teachers we employee," she said.

Hadija Namwanje of Raising Voices says apart from stringent measures that should be put in place by schools to prevent child abuse, children need a lot of training because the majority are still being abused unaware by the teachers.

Meanwhile, a woman in Wakiso district has been also arrested for allegedly torturing a 4-year old girl to death. The victim Tracy Sserubili, is suspected to have succumbed to torture injuries, inflicted on her by her stepmother Honest Asiimwe.

Enanga noted that Asiimwe was arrested based on body injuries that were found on the girl's body, and information by the residents of Nakirama cell-Kyerengera town council, in Wakiso district that the suspect has been torturing the minor for the last two years.

At least 1,500 children are abused or tortured annually, according to statistics from the Uganda Police. However, the convictions of the abusers of children in court are as low as 45 per 1500 cases.

Politicians should understand that the current economic suffering compounds the situation these children find themselves in.

This sort of government suggestion that such social problems will go away if the citizens of Uganda who eat bread should start to eat cassava is very unfortunate indeed.
Quote | Report to administrator
0 #2 Mubiru 2022-05-11 23:56
Over 3 decades in power is long enough for even the most blessed fool in Uganda to make a difference with all billions of local and foreign funds available to them.

Give me just one week I will shoot rapists like that "investor" and dismantle the so called Immigration department which allows every human being from the world after being bribed.