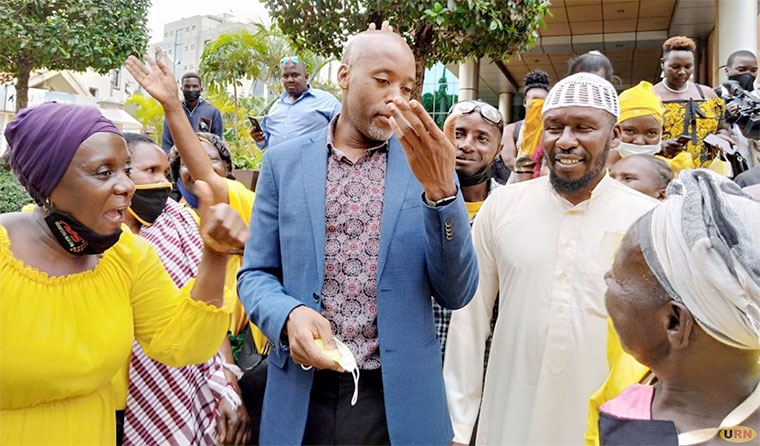 Nathan Igeme Nabeta has been confirmed as the duly elected member of parliament for Jinja South East Constituency by a Court of Appeal ruling made today afternoon.

Mwiru singled out polling stations like Masese polling station N-M where he indicated that Nabeta purportedly garnered 650 votes from the 678 people who turned up to vote on polling day. But his lawyers led by Peter Walubiri argued that the quoted number of people couldn't have turned up between midday and 5 pm when the voting ended.

His initial election appeal was dismissed by the Jinja High court judge Isaac Sserunkuma due to a lack of sufficient evidence to support the allegations. But he appealed against the ruling saying that the judge failed to evaluate the evidence brought before him properly and ended up making a wrong conclusion about the matter.

In their judgement, the justices indicated that Mwiru filed the record of appeal out of time and did not serve the notice of appeal within the required timeframe of seven days. The record of appeal is supposed to be filed within 30-days after the memorandum, a document which shows the grounds of appeal has been filed.

The justices ruled that after filing the document late, Mwiru did not make use of the rules enshrined in the Court of Appeal which provide for filing applications for validation of documents filed out time.

Dozens of Nabeta's supporters said Mwiru has always used the courts to snatch victory from Nabeta, and that today justice had been delivered. Nabeta equally welcomed the decision and said that it's now time for him to deliver services to his voters now that the court case is over.

However, Mwiru who was accompanied by the Alliance for National Transformation (ANT) president Gen Mugisha Muntu said the merits of his case were ignored by the courts.

In January 2018, the Court of Appeal justices including former deputy chief justice Steven Kavuma, Richard Buteera and Paul Mugamba threw Nabeta out of parliament and ordered the Electoral Commission to organize a fresh election after finding that his election was not in conformity with electoral laws.

As a result, Mwiru defeated Nabeta in the by-election, thereby losing his seat until when Nabeta also defeated Mwiru in the 2021 general elections.