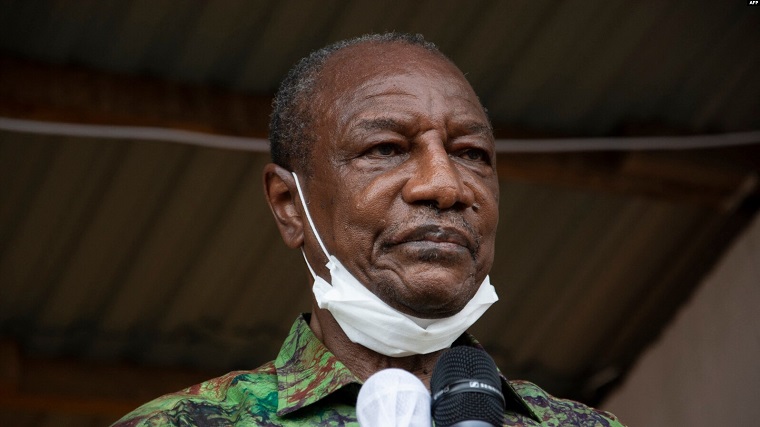 In 2010, Conde became Guinea's first democratically elected president, but accusations of corruption and authoritarian behavior mounted throughout his time in office. Last September, after winning what critics said was an illegal third term, Conde was overthrown in a military coup. Conde had altered the constitution to allow himself to run for a third term, sparking violent protests and a deadly crackdown by police.

The charges against Conde and his government were issued in response to a complaint filed by the National Front for the Defense of the Constitution (FNDC) — the group that had led the protests. Gilles Yabi, director of the West Africa Citizen Think Tank in Dakar, said while it is important the proceedings shed light on Conde's regime, he is concerned they risk being perceived as a political tool.

"When it comes to the fight against impunity, in order for it to be credible it must not raise suspicion of political manipulation," he said. "Given the current context in Guinea, that could be difficult."

The other officials facing charges include former security officers, speakers of parliament and a prime minister.

"It's a bold move by the junta," said Barka Ba, a West Africa political science researcher. "Do they have enough time and political legitimacy to conduct these proceedings? Because the people who are being charged are well respected and thought to be innocent. They will have a right to a defense."

Leaders of the West Africa bloc ECOWAS had called on Guinea's military government to announce an "acceptable" plan to transition to civilian rule by April 25 or face immediate sanctions.

Guinea's interim president, Colonel Mamady Doumbouya, a former special forces commander, missed the deadline. On Saturday, he said he was considering a transition period of more than three years.

+1 #1 WADADA rogers 2022-05-08 13:21
The ousted President Alpha Conde and 26 of his former officials for murder, rape, kidnapping and other crimes was purely because Alpha Conde did not leave his son in office to cover their back
Quote | Report to administrator
Refresh comments list
RSS feed for comments to this post
Add comment