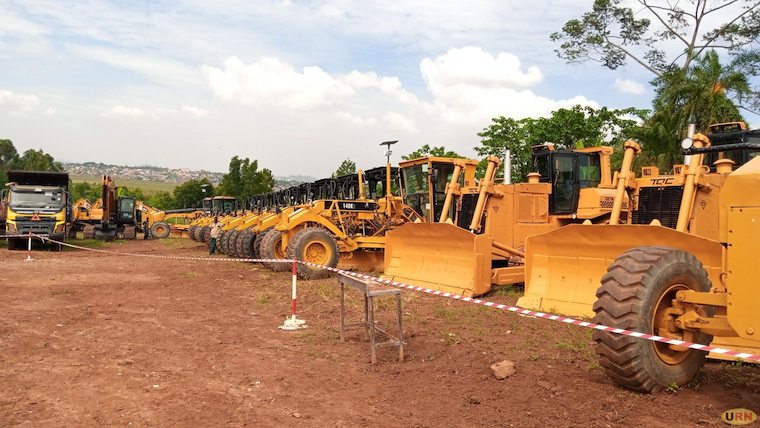 Members of parliament on the physical infrastructure committee have tasked the ministry of Finance Planning and Economic Development to provide funds to procure road maintenance equipment for the new districts.

The committee recommends that the Shs 60 billion that was allocated for the construction of roads in the Democratic Republic of Congo (DRC) roads be channeled to new districts since there is very slow progress of works due to insecurity.

Uganda and the DRC are building up to 1,182 kilometres of roads worth Shs 1.173 trillion, giving priority to 80 kilometers’ highway between Mpondwe in Uganda and Beni, an 89km route between Bunagana and Goma and a 54km road between Beni and Butembo, to boost regional trade, corporation, and security.

Of that money, MPs endorsed Shs 57 billion to be allocated to purchase road equipment for the 16 new districts while Shs 3 billion be allocated to Mount Elgon Labour-based Training Centre - MELTEC for low cost and probate technologies. In FY 2021/22, parliament recommended that the ministry of Works and Transport be provided with Shs 59 billion for the procurement of road equipment but the funds have not been provided.

The lawmakers are concerned that even in the next financial year budget, the item has been captured as an unfunded priority, yet both ministries of Works and Finance presented the first supplementary schedule for the 2021/22 financial year harmonizing the budget increment to meet the obligation.

David Karubanga, the committee chairperson explains that they are concerned that some critical roads in the new districts have become impassable due to lack of maintenance, and an increase in the stock of roads over time. They cited Madi Okollo, Nabilatuk, Kazo, Kasanda, Karenga, Kalaki, Kitagwenda, Obongi, Bugweri, Kwania, Kikuube, Rwampara and Kapelebyong districts.

According to the Finance ministry, this remains an unfunded priority because the revenue performance has not improved, and the new districts should share the road equipment with their mother districts in the interim. But, MPs opposed it, arguing that most of the affected roads generate income for the government through various economic activities.

“In their un-motor able state, these roads are negatively affecting the government’s revenue base. The equipment in the mother districts are fully occupied with activities in their areas of operation,” Karubanga said.

He also said that most mother districts are reluctant to share their equipment with the new districts because, in the event of a breakdown, the cost of repair reverts to them. Musa Ecweru, the state minister for Works observed that while government is outsourcing funds from development partners to equip the affected districts, rampant corruption perpetuated by the district engineers must be curbed.

He rallied MPs to take an active part in monitoring and supervision of works in their different constituencies in fulfillment of their oversight mandate to ensure value for money and tame acts of resource misappropriation.

"These honourable members should be able to do two things for me - particularly critical oversight support and supervision in the districts. In my own district, I called the engineers and asked: 'this crossing point can you tell me how much it will cost to do it?' They told me over Shs 270m but I knew the ministry had equipment. So I took ordinary boys from the ministry and asked them: 'can you tell me how much fuel you need to do this road and then probably with your allowances.' I was shocked to find that it came down to Shs 31m. So what is happening even with the little money that goes to the district, most of the district engineers steal that money. That is for a fact," said Ecweru.

In April, the speaker of parliament Anita Among accused district engineers of corruption. She urged MPs to relentlessly push for the allocation of adequate funds to help purchase road equipment to rehabilitate different road networks across the country.

In 2018, the government through the ministry of Works purchased and distributed pieces of 1,151 road equipment worth Shs 556 billion from Komatsu Ltd in Japan. The road equipment was shared by Uganda National Roads Authority, Kampala Capital City Authority, MT. Elgon Labour Based Training Centre in Mbale.

The plundering that went on in the Congo by Uganda and Rwanda troops damaged much more the trade of the Congo now 20 years and still counting!
Su
Quote | Report to administrator
Refresh comments list
RSS feed for comments to this post
Add comment