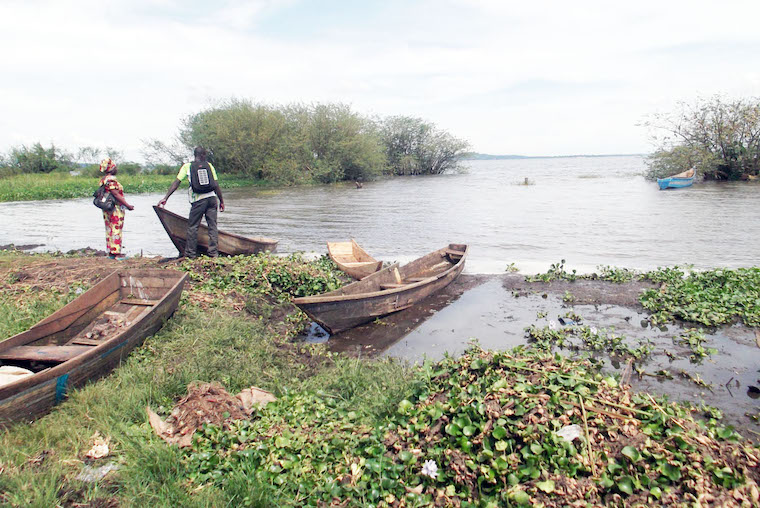 All nine passengers who were on a boat that capsized last night in Lake Victoria are safe and have been rescued according to the ministry of Works and Transport.

The incident involved a boat that first dropped off some travellers at Lukuba landing site in Kalangala at around 8 pm but capsized on its way to Kisaba landing site.

"The boat engines got entangled in fishing nets, causing one [passenger] to fall into the water. The boat was then hit by strong winds up to the mainland near Lukuba," part of the Works statement says.

The survivors, according to eyewitnesses, were saved by rescue teams comprised of marine police and military personnel, and the local fishermen in Kalangala who responded to the incident last night and today morning.

The survivors, who are largely traders, on Wednesday evening boarded the boat from Kasenyi to Kisaba island, and according to the passenger manifest at Kasenyi landing site, the boat departed with 45 passengers and 3 crew members.

The majority of the passengers disembarked at Lukuba landing site in Kalangala while others hopped onto boda bodas cycles and headed for Kisaba landing site, having gotten scared of the strong winds blowing over the waters. As such only nine people proceeded with the boat to Kisaba landing site.

Dirisa Ssemanda, a boat operator at Kisaba says the boat capsized after its engine got entangled in fishing nets between Kasenyi and Lukuba which are located about 10 kilometers apart.

The entire trip from Kasenyi to Kisaba landing site in Kalangala is four hours, with the longest stretch being Kasenyi to Lukuba which is one of Kalangala's main landing sites on Bugala island.

Anastasios Lwanga, a fisherman at Kisaba landing site who was part of the local rescue team says when the boat got stuck after its engine failed, the survivors held themselves onto rocks protruding out of the lake.

Lwanga says when the boat engines failed, its operators tried to cut the entangling nets, but the strong winds blowing at the time forced it to collide with rocks.

"They were lucky that there are visible stones in area, which the passengers could hold on to," he says.

He adds that the rescuers responded after waiting for the boat to arrive at Kisaba landing site in vain, prompting a search by fishermen, who later found the wrecked boat and some merchandise floating on the waters. Merchandise worth estimated to be worth Shs 60m is believed to have been lost during the accident.

The Uganda National Meteorology Authority (UNMA) weather forecasts indicate that there will be strong winds over Lake Victoria from April to July this year.