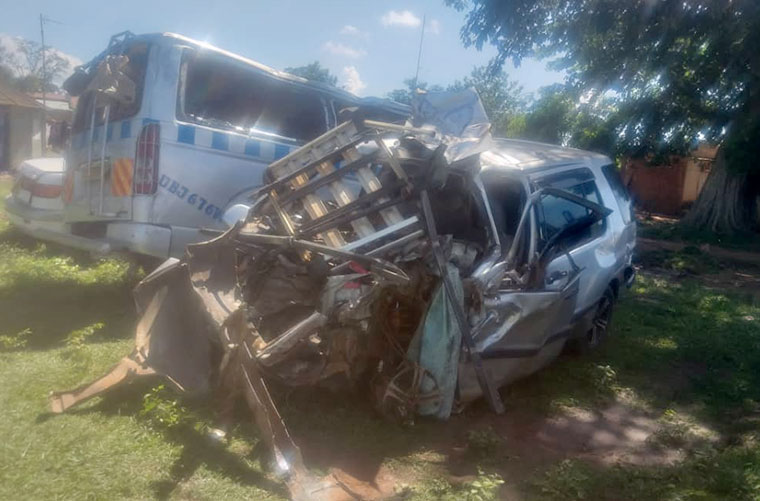 The deputy speaker of parliament, Thomas Tayebwa has directed the minister of Works and Transport, Gen Katumba Wamala to investigate the two fatal accidents in Fort Portal and Budaka that claimed over 26 lives today Wednesday.

The accident at Sebitoli along the Fort Portal-Kampala highway involved Link bus overturning several times and claiming the lives of 20 people while the one along the Mbale-Tirinyi road at Namatala bridge, Nasenyi sub county in Budaka district claimed 6 lives.

According to tea pickers at Sebitoli who witnessed the accident, the front tyre of the bus burst, and moments later they saw the bus knocking down the guard rails and tea shed before overturning several times.

Now, Tayebwa wants the ministry must establish the cause of the accidents and also develop measures to reduce further road carnage in the country. Tayebwa made the directive in his communication during today's plenary sitting after which the House observed a moment of silence in memory of the accident victims.

Police says speeding and reckless driving are the major causes of accidents on Ugandan roads. Small cars are not supposed to exceed 100 kilometres per hour while passenger vehicles and loaded trucks should not exceed 80km per hour.

The Traffic and Road Safety Act, section 120 states that a person convicted of violating speed limits can be fined 15 to 60 currency points (Shs 300,000 to Shs 1.2 million). The person can be jailed for six months but not exceeding 2 years. The convict can also be subjected to both fines and jail terms.

+1 #1 WADADA rogers 2022-05-05 08:55
What is wrong with this speaker, what is the minister going to investigate, they police has already confirmed that the accident at Ssebitoli was as a result of a tyre bust while the one at Budaka was due to reckless driving.

As for the Budaka accident, i dont necessarily agree with the traffic mouth piece that the accident was due to human error, it is human stupidity.

Most of the taxi drivers are always in a hurry to reach their destinations even when they have left late with the hope of making a return journey.
Report to administrator
0 #2 rubangakene 2022-05-06 14:23
What is there to "probe or investigate"? We know that our transport system is flawed: no control mechanisms in place: no speed control, mechanical conditions of vehicles, road repairs, drink driving checks, over-loading, roads are so congested.

High time to bring back railway travel and institute tough measures to curb this madness!
Report to administrator