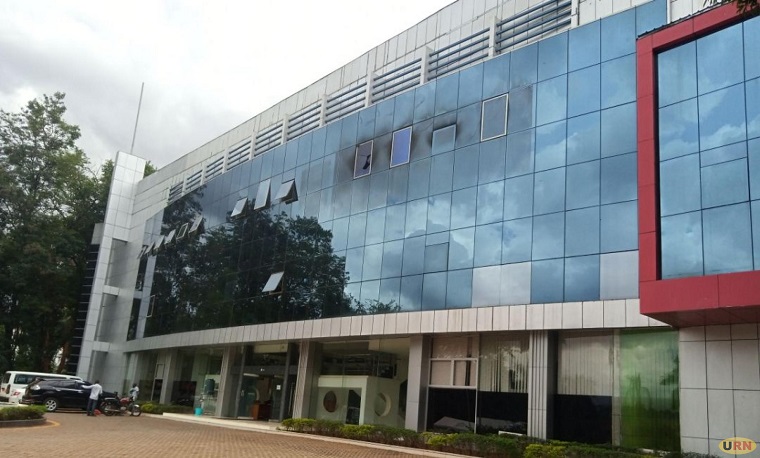 The premises had been sealed off for a week

The Supreme court in Kampala has today Wednesday resumed normal operations after being closed off for a week following a fire outbreak inside the chief justice Alfonse Owiny-Dollo's chambers.

Last week, fire broke out on the third floor of the building housed in Kololo, a posh area in Kampala city destroying a number of documents that were on the chief justice's table.

As a result, the police shortly after containing the fire from spreading to other parts of the building, cordoned it off as a scene of crime so as to pave way for investigations. Accordingly, the building was closed until further notice- - which paralysed business at the highest court of the land.

Today, the premises were reopened for business. Our reporter found both the criminal and civil registries open, clerks had reported to their respective offices and two justices; Ezekiel Muhanguzi and Rubby Opio Aweri were also present in their chambers as well as the registrar Mary Babirye executing  their judicial assignments.

However, inside the chief justice's chambers there is still smell of smoke. Cleaners could be seen busy washing the area.

The public relations officer of the Judiciary, Jamson Karemani confirmed the resumption of business saying that although police has not yet released a report about their findings from the investigations, they have allowed them to resume work.

"They have told us to use the place because they picked what they wanted from there and it's what they are currently studying," Karemani told URN on phone.