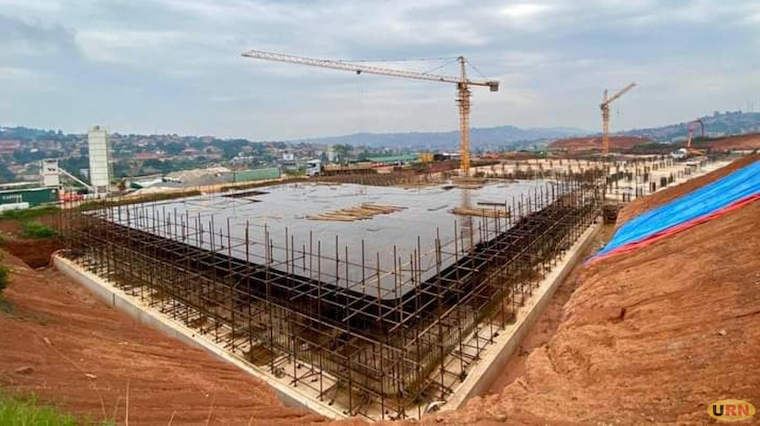 The developer of Lubowa International Specialized Hospital, Enrica Pinetti is not on-site despite government injecting over Shs 667 billion into the project, ministry of Health has said.

The acting commissioner in charge of infrastructure at ministry of Health, Eng George Otim revealed this while appearing before parliament’s health committee to defend the 2022/2023 ministerial policy statement on Tuesday.

In March 2019, parliament approved the request by the ministry of Finance to issue promissory notes for the construction of Lubowa Hospital to a tune of $379.71m (about Shs 1.393 trillion).

In FY 2021/2022, the accountant general revealed that the developer had earlier been given Shs 348.212 billion bringing the total to Shs 667.765 billion. At the time, Pinetti promised to construct the hospital in two years, and later manage the hospital for six years before the hospital reverts to the government. But three years down the road, there is no progress.

Otim revealed that the developer doesn’t have a contractor on the 32 acres of land located in Lubowa, Wakiso district, adding that they are in the process of procuring another contractor to implement the work.

Otim who doubles as project manager for the Lubowa project at the ministry of Finance however blamed the failure to supervise the works on the government which failed to allocate funds for the project.

Sharon Laker Laker, the Gulu District Woman representative described as "just excuses" the reasons being given by the government for the construction delays. She was among lawmakers who were blocked from accessing the facility during an oversight visit.

Earlier, both the Finance and Health ministries defended the slow pace of the project, blaming bad weather and the impact of Covid-19 pandemic lockdown. But Charles Ayume, the committee chairperson who is also the Koboko Municipality MP rejected the claims.

"What members saw when we went to Lubowa I don't think was even 20 per cent. They were at foundation level, iron bars what we call mitayimbwa were just cropping from the ground. Whether Covid, am sure the NMS building in Kajjansi probably started around the same time but it is complete which we visited and we were satisfied as a committee. So probably the issues of Lubowa must be internal issues or issues of incompetence on their side," he said.

Diana Atwine, the permanent secretary ministry of Health informed the committee that government agreed to have the supervision of the construction of Lubowa hospital be under the Office of the Prime Minister and also agreed on extending the time for the construction works up to June 2024.

In its proposal, government said the facility would be constructed and would be divided into four zones including; clinical, education, recreation, and housing zones. The facility would help save the government from the burden of medical tourism by treating officials overseas.

+4 #1 Akao 2022-04-20 04:25
But what is going to be different with this Lobowa hospital that they cannot do in the recently contracted hospital's like Kiruddu, Kawempe and Mulago.

Is this hospital going to fund itself? They says it will stop medical trourism. How is that going to happen. Or they are going to bring foreigners to work in the hospital to make it feel that they are out side of Uganda. Observer can you ask them to clarify for us the odinary beings how this hospital is going to stop the chosen Ugandans from medical tourism
Report to administrator
+1 #2 WADADA rogers 2022-04-20 14:15
Out of the over Shs 667 billion, i think the so called investor used only 500M to build the foundation and shared the rest with the usual accomplices. having eaten that amount, the thieves have laid a plan to add more money in another project so as to eat again
Report to administrator
+1 #3 Lakwena 2022-04-21 09:30
In other words, who can still deny that we are under a government of conmen/women, by conmen/women and for conmen/women only.

And they will steal and kill to keep it that way.

Wachireba?
Report to administrator
+1 #4 Kabayekka 2022-04-21 14:10
How then can professional workers provide their services to such a dodgy project.

The best that can be done is to get the well paid personnel of the Uganda Army to get on with the job!
Report to administrator