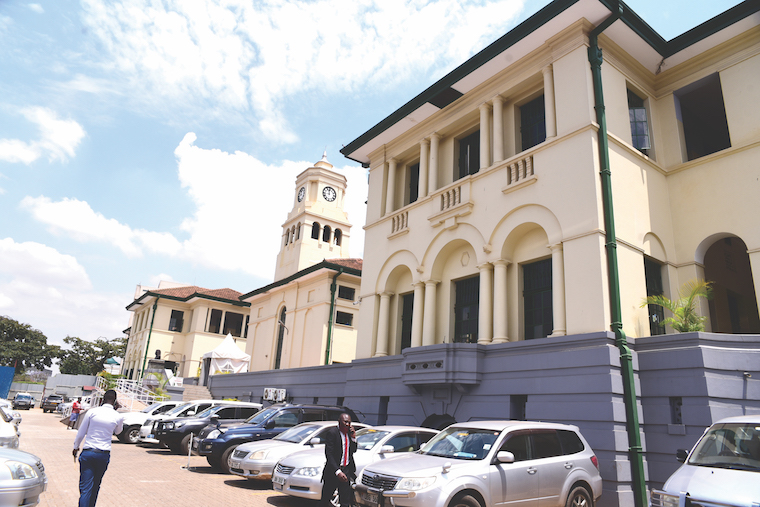 The High court in Kampala has ordered the Immigration office to give people of Somali origin Ugandan citizenship as long as they fulfil the requirements of the law.

The judgment issued through email by justice Musa Ssekaana arises from a case filed in 2019 by seven members of the Somali Community in Uganda and a civil society organization who had been denied citizenship by Ugandan authorities.

The Immigration office sought the opinion of the attorney general who opined that for as long as the people were able to prove that they were born in Uganda, they should be given citizenship by birth.

However, the Directorate of Immigration and Citizenship and the National Identification and Registration Authority denied recognition of their citizenship by birth and access to key documents like passport and national identity cards (IDs).

On March 15, 2007, the deputy passport control officer, Anthony Namara wrote to all processing officers saying that “any immigration officers worth his salt must be able to tell a non-citizen from an indigenous person."

He further stated that "other tribes like the Somalis, Indians, Yemenis can never be citizens by birth unless there was an inter-marriage with local communities as listed in the Constitution," he said.

The complainants were represented by Francis Gimara, Lastone Gulume and Elias Habakurama and Plasto Byabakama while government was represented by Charity Nabaasa .

Gimara submitted that government however unlawfully neglected or ignored the binding opinion of the attorney general and continued to deny the petitioners citizenship by birth.

Gimara further said that his clients submitted evidence of their places of birth in Uganda to the government institution and they were still not given the service. That the said people are multiracial which means that they had one parent from India, Somalia, Yemeni, Oman and some are half-castes with either parent from indigenous communities like Basoga, Baganda, Nubian, Banyankole, Batoro among others and were born in Uganda; whose parents were born in Uganda as well as their grandparents.

Uganda Citizen and Immigration Control Act, Cap.66 provides that all persons born in Uganda whose parents or grandparents was or is a member of the indigenous communities existing in Uganda as of 1st February 1926 as set out in the third schedule to the Constitution is a citizen of Uganda.

Ssekaana ruled that the circular issued by Anthony Namara was done in error and that immigration officers do not have powers to determine citizenship by looking at skin colour based on indigenous Ugandans which is extremely dangerous, offensive and discriminatory.  The justice hence cancelled out Namara’s guidance to other immigration officers.

In his ruling, Ssekaana also found that the petitioners were born in Uganda and that one of each of the people listed had their parents or grandparents from the indigenous communities.

“…and those born to parents or grandparents who at the time of birth were a citizen of Uganda are citizens of Uganda by birth and should be declared as such upon providing the required documentation,” said Ssekaana.

He further ordered that petitioners and other members of the Uganda Somali’s community that qualify for citizenship by birth are entitled to issuance and renewal of Ugandan identification and citizenship related documents.

He also directed that the Directorate of Citizenship and Immigration Control issues national identity cards to eligible applicants who are Ugandans of Somali origin as citizens by birth.

This bushmen mentality of 38 years should stop. In other countries, living in a country like france and italy for just 5 years, a person qualifies to be a citizen and can be given a passport.

Naaye wanno, we are misled by incompetent imbeciles who are in offices by virtue of having a long nose or a connection to the big family.
Report to administrator
0 #2 kabayekka 2022-03-21 16:07
It seems these hot potato officials are forgetting some very important detail concerning the offer of immigration to doubtful citizens.

During the incidents of committing crime for such citizens, they have the right to demand accountability to justice in their indigenous courts of law of their countries.

For example a criminal indigenous to the country of Rwanda has all the rights to seek justice in Rwanda other than to his or her country of residence where his or her crimes have been taking place.
Report to administrator
+1 #3 Joe 2022-03-21 21:34
Quoting Uncle Philo:

It's a pity that being Ugandan is determined by skin color.

This bushmen mentality of 38 years should stop. In other countries, living in a country like france and italy for just 5 years, a person qualifies to be a citizen and can be given a passport.

Naaye wanno, we are misled by incompetent imbeciles who are in offices by virtue of having a long nose or a connection to the big family.

It is sickening that an immigration officer should confiscate your travel document while in transit, they look at you and say; you are not Ugandan just like that and take away your national ID, even passport!

This is regardless of the authenticity of the document. Now that is Shenzi primitivity.
Report to administrator
0 #4 Jama 2022-03-22 17:46
After 1986 we saw some Banyarwanda who were not even born in Uganda becoming army generals.

Some of them today are in high positions in their country of origin.While these people were given nationality because they held guns, those who got nationality by birth are being denied it. What a republic!
Report to administrator