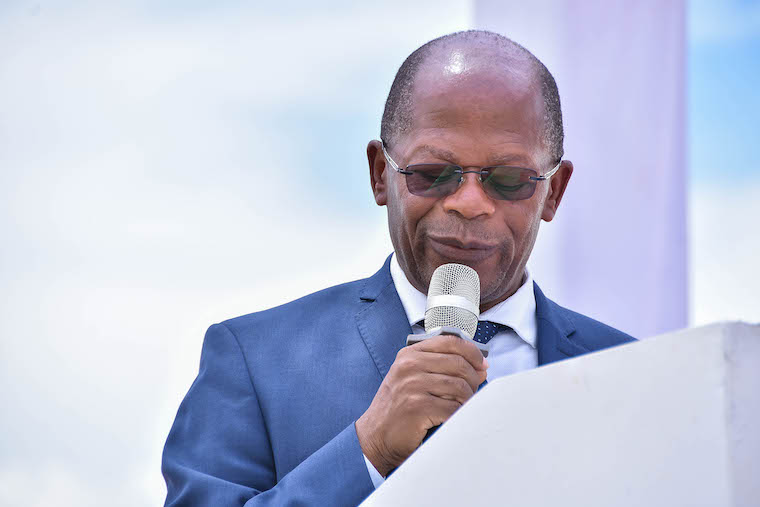 The minister noted that while smartphones can bridge the ICT gap in schools and aid learning, there is no policy to regulate their use. He, therefore, asked schools to stop using smartphones until the government can come up with a holistic policy regulating their usage in learning.

"As a ministry, we're still studying this matter of utilising the use of mobile phones by learners in the school setting. We want to holistically address this challenge within the context of a larger framework of how leverage ICT can facilitate learning in a learning system. Once this framework is in place, we shall have a basis for developing regulation supporting the use of mobile phones among other ICT settings of education institutions of learning. We want to ensure that when we fully adopt the use of ICT in the entire education system, we do so in a manner that is age-appropriate, beneficial and safe for the learner, the teacher and school environment. And until such a time, the status quo of not allowing the use of personal mobile phones by learners in the school setting remains," said Muyingo.

According to Muyingo, using smartphones without a policy could expose learners to content that might not be age-appropriate. He also says that if allowed, smartphones would be a source of destruction for the learners who could easily be tempted to use their phones during lessons.

"There has been debate for some time now as to whether government should permit the use of smartphones in schools. We do understand that these gadgets can be used as tools to facilitate in and outside the classroom. Nonetheless, we're also mindful of the fact that phones can be a distractor in the learning environment - particularly during instruction times whether in classroom or outside classrooms. These phones become distractive when they hinder our ability to concentrate on what we're supposed to do at a given time. As you well know phones can become a distractor - adults too even in the classroom and places of work. You can imagine what the situation would be for our young people. Adults become distracted and interrupted in attention with phones by engaging in text messaging, checking their emails, social media but also searching for information on the internet that is relevant for a particular occasion or situation," added the minister.

The ministry's stand comes a few days after some schools decided to resort to smartphones and other electronic gadgets to facilitate the implementation of the learner-centred lower secondary school curriculum.

Officials at the National Curriculum Development Center (NCDC) are however of the view that smartphones could be used to help schools implement the lower secondary curriculum. John Okumu, the manager of the secondary department at NCDC says that smartphones would help solve challenges that the institution has had in distributing textbooks.

Okumu says instead of printing textbooks, soft copies can easily be accessed by both learners and teachers, which will help with the implementation of the new curriculum. In addition to halting the use of smartphones as teaching aids, Muyingo asked all schools to stop setting visitations on Sundays.

According to Muyingo, visitations were halted as a means to stop the transmission of COVID-19 from homes to schools and vice-versa.

Muyingo says while they understand the plight of parents who last saw their children in January when schools re-opened after almost two years of closure, he asked them to be patient and wait for the term to end. Schools are expected to close for the first term holidays on April 15.

+5 #1 Concerned Ugandan 2022-03-17 09:01
|This is typical of government! Schools are trying to keep up with the fast-changing pace in terms of the learning environment but as usual the Ministry of Education prefers that Ugandan schools remain irrelevant simply because they are unprepared as usual for progress.

The Ministry should get out of the way of schools and allow schools to develop their own policies on use of electronic gadgets instead of holding them back while they take 10 years to develop a national policy!!
Report to administrator
+3 #2 kibedi nkuutu 2022-03-17 12:58
Good idea but half-baked.

Before banning smartphones, has the ministry undertaken a feasibility study to ascertain how many students actually use them as learning aids?

We have 15 million students(?), how many of that number do possess smartphones? We have around 560,000 teachers, how many do use smartphones as teaching aids?

Please these blanket policies do actually make us look stupid. Don't use metropolitan schools as your yardstick to make policies!
Report to administrator
+3 #3 kibedi nkuutu 2022-03-17 13:04
The ministry is prohibiting "Visiting Sundays" because they want to arrest the spread of Covid19. Good.

Understandable. But does the ministry know that almost all non-teaching staff in almost all boarding school live off-campus?

So, what exactly is this nonsense scrapping "VS" when 90% of the employees come and go everyday in those schools?

Does the ministry mean that those employees are Covid19 free? Please, stop embarrassing yourselves with such ideas. Analyse issues before you mouth them.
Report to administrator
+2 #4 Kabayekka 2022-03-18 02:33
One wants to bet this gentlemans grand children own smartphones and use them anytime they like and they love it!
Report to administrator