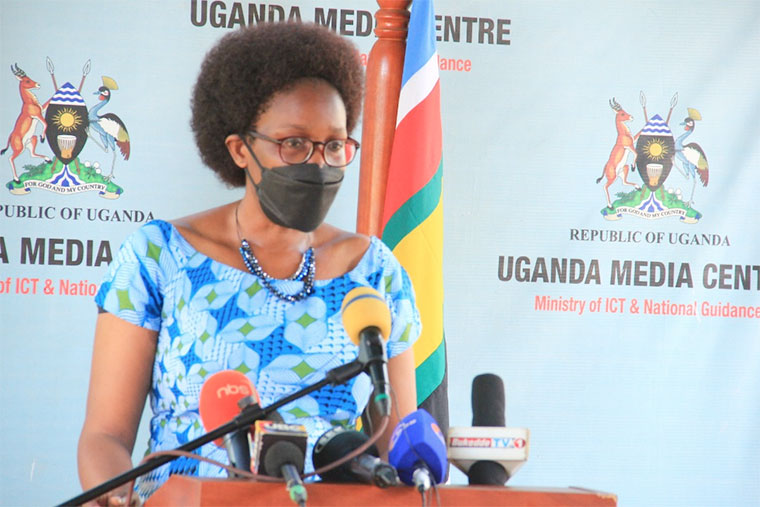 To scale back large land grabs in the country, the minister of Lands, Housing and Urban Development Judith Nabakooba has ordered resident district commissioners (RDCs) to routinely monitor, inspect and report every month land acquired by large land investors to ensure that land they acquire is not occupied by tenants or customary landowners.

“The District Security Committee must ensure no land eviction takes place, especially on unregistered or land with tenants on it,” Nabakooba said in new guidelines meant to facilitate the implementation of the presidential directive.

The RDCs must also report any divergence from or non-compliance with government policies, laws, and presidential directives on land evictions.

“Evictions from critical ecological systems, forest reserves, and wetlands shall be handled as per cabinet directives. The law provides for six months and so measures should be put in place not to cause distress…” she said.

“I call upon RDCs to be vigilant and give me evidence-based information on all eviction-related matters,” Nabakooba said, urging everyone who feels violated or threatened to reach out to local leaders for protection.”

The tough directive was communicated in a letter dated February 28, 2022, and addressed to Prime Minister Robinah Nabbanja. Museveni said he was using his powers under Article 98(1) and 99(1) of the Constitution that enjoins him to ensure good governance and protect the Constitution.

Museveni directed that; “No eviction should be allowed to take place in a district without the consent and direct observation of the District Security Committee (DSC), chaired by the Resident District Commissioners/Resident City Commissioners (RDCs/RCCs) and direct consultation with the Minister of Lands."

The president further said that if this is not done and the illegal evictions go ahead, members of the District Security Committee will all be held responsible and action will be taken against them.

In the same communication, the president requested the chief justice to prevail upon judges and magistrates who illegally order the eviction of people in collusion with land grabbers. He further directed the minister of Lands to inform the Attorney General about such abuses by judicial officers so that legal action can be taken against them.

Nabakooba, who has been traversing the country battling land grabbers, has since welcomed the presidential directive.

“I thank HE @KagutaMuseveni for this important directive stopping all illegal evictions. I call upon members of the District Security Committee to rise to the occasion and restore peace and trust among our people. We all have a right to a place we call home,” Nabakooba stated in a tweet.

That no one should chase a person from the land. How about those who settle on it without the consent of the owner who is domiciled overseas looking for money to build on it.

Fourtly, the norm of the day forgery and colluding between the LC, Administrator General Office issuing letter of administration and the Land clerks office issuing special titles. So there's an illegal settler, an illegal seller and buyer knowing what he is paying for is fraudulently transacted.
Report to administrator
+1 #2 Caxton KasoziBatende 2022-03-16 12:54
Ex-NRA War veterans forcefully settled on land of those who had freed the country avoiding the mess that Uganda slipped into.

Absentee landlords have deceased bequeathed their to their children. The children have chosen to sell it to those having power in the government. Who is at fault here?

We know NRM which was NRA mission was to take such land. Wakaliga waste damping ground belonged to the KCCA. Today belongs to abazirwaana. You can see the mess.
Report to administrator
0 #3 Caxton KasoziBatende 2022-03-16 12:57
The President says bonafide purchasers should be protected.

But it comes to bonafide purchasers who acquired government land, or bought the water catchment areas, the government uses an iron fist to evict them, and it is speedy process unlikely for the case of an ordinary complainant.
Report to administrator
+1 #4 Zaitun 2022-03-17 10:39
"She urged RDCs and the district security committees to heed President Yoweri Museveni’s recent directive stopping land evictions across the country."

What a dreamer! Is it not the same Museveni you adore and are now talking about who gave everything Ugandans used to own to his friends, the so-called investors?

Who destroyed Co-operatives, Banks, Hotels, etc. and gave to his over-seas friends and his clan-mates?

Some of these people masquerading as Ministers should at least wake up and know who really is the very cause of the downfall of the once beautiful country, Uganda we were proud of.

The day Ugandans will lose their heads and start beating the hell out of you, then will some of you wake up and start yeeling for pardon which will be far to be heard
Report to administrator