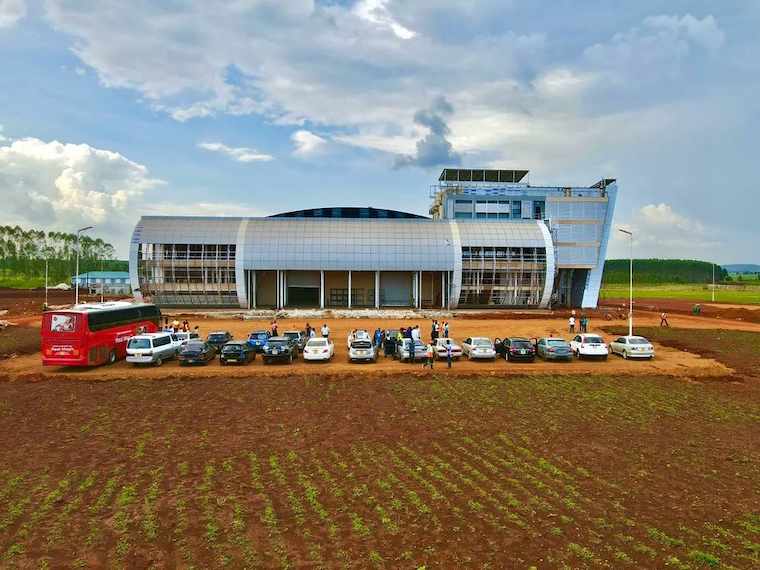 Vincent Bagiire, the ministry of Foreign Affairs permanent secretary, has exhorted an audience of 30 Ugandan ambassadors to promote local car brands like the electric Kayoola EV buses made by Kiira Motors Corporation on the global stage.

Wrapping up last Friday’s tour of the Kiira Vehicle Plant in Jinja, Bagiire, who led over 30 heads of Uganda’s missions abroad, said their mandate is to promote and market the country’s technology and industrial advancements to the rest of the world.

Bagiire said the newly appointed ambassadors are visiting Uganda’s leading enterprises and industries to get useful first-hand information to help them promote commercial and economic diplomacy throughout Uganda’s 38 missions.

Bagiire said his ministry will liaise with Kiira Motors officials to design marketing communication manuals with detailed information about the plant and the Ugandan-made vehicles. The ambassadors were received at the Kiira Vehicle Plant by the KMC executive board chairman Prof Sandy Stevens Tickodri-Togboa and the CEO Paul Isaac Musasizi.

“The ambassadors are the key promoters of Uganda’s interests abroad and their deliberate efforts to positively highlight the viability of Ugandan-made vehicles to the rest of the world will create market for the final products,” Bagiire said.

Musasizi said the plant is already connected to a 32KV high-voltage line and is sourcing for an investor to facilitate the construction of a sustainable solar station to ensure the smooth operation of the plant. Phase one of the Kiira Vehicle Plant, which has been constructed by the UPDF under NEC, is at 98 per cent completion and has capacity to produce 22 buses a day and 5,000 a year.

I myself wanted to purchase a kayoola bus for my brother at home but up-to-date, there has been no reply to my email asking for a quotation.

Could you please tell the office there to reply the emails.
Report to administrator