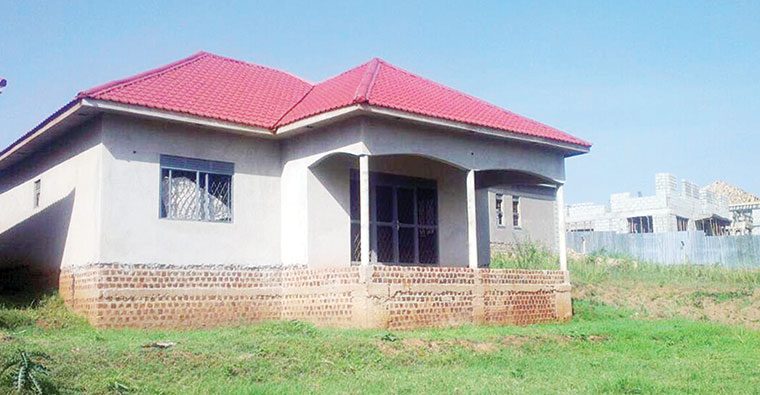 A residential house under construction

It is increasingly getting hard to build a house in Uganda as borrowers complain that the banks have failed to design favourable products with comfortable repayment terms, a new report has revealed.

Investors in the housing sector are frustrated by high interest rates from banks, lack of innovative financing and unfavourable terms of accessing credit, according to Uganda’s recently released Country Private Sector Diagnostic report published by the World Bank under International Finance Corporation.

Although operating in a predominantly informal sector, banks still request for credit history and collateral as a basis for lending to the low income earners that dominate the economy.

An underdeveloped capital market limits the scale at which finance can be channeled to the housing sector. High interest rates and limited financial terms limit the ability to design and scale up long-term financing instruments.

The banking sector continues to prefer trading in the nearly risk-free government securities, crowding out money that would otherwise be lent to the private sector. Uganda’s current capital market conditions have turned away foreign direct investment for housing.

Although Uganda’s National Social Security Fund (NSSF) has an asset value of more than $3 billion, little is attracted into the housing sector because of its ‘perceived risk profile.’ Limited retail-level housing finance in Uganda reduces the ability of the housing sector to formalize and grow.

Tough conditions that banks set for customers to access mortgages, and the need for security to acquire a loan, have made it difficult for property developers to hit their targets. Even where mortgage finance and small loans are available, they are not affordable to many.

Even at the high end of the market, several households are forced to transact using cash and personally obtained finance, such as loans from family members because mortgage finance is not accessible to them.

To strengthen the capacity of financial institutions to raise capital and invest in secure housing, there should be development of collateral security to guarantee mortgage loans and alternative non-asset-based lending.

The growth of affordable housing can also be fostered through a secondary mortgage, instrument which allows banks and other financial institutions to raise more money that they can lend to other borrowers.

There should also be a unified approach to housing, infrastructure and land development such that there’s an integrated investment framework for all sectors.

Uganda has a pent-up housing demand exacerbated by an existing housing backlog. There is an urgent need to provide accommodation for the fast- growing population.

The fast-growing population in the capital will need an annual 180,000 new accommodation units. Existing inadequate housing conditions in slums and new settlements will require an improvement in accommodation and services. About 107,000 households per annum will be forced on Kampala with an estimated population growth jumping from 3.3 million people to 5.5 million people by 2025.