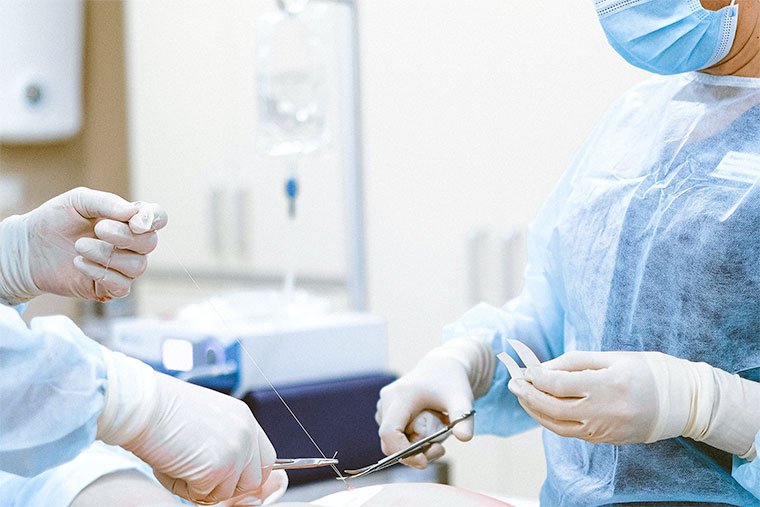 A joint team of investigators from various security agencies and immigration is probing the increasing claims of illegal harvesting of internal organs of Ugandan domestic workers.

The team is comprised of detectives from the forensic department, criminal investigations directorate (CID), Interpol while others are cross-border experts from the immigration department.

It is reported that there are four cases of unlawful organ transplantations involving four Ugandan women whose organs were removed when they went to offer domestic services in Saudi Arabia and Oman.

Two of the women including Milly Namazzi lost their lives after their kidneys were removed. Namazzi was contracted to work in Saudi Arabia but was trafficked to Egypt from where her kidneys were allegedly removed.

Namazzi reportedly died on December 5, 2021, but her body was only repatriated on January 17 this year. Although police have not released the postmortem report, family members claim that a pathologist at Mulago morgue revealed that Namazzi’s two kidneys were missing and her private parts had been cut off.

Agnes Igoye, the deputy coordinator anti-human trafficking department, says they were forced to come out to ensure an investigation is done after learning that Judith Nakintu was a fortnight ago brought back with a missing kidney.

Nakintu is reportedly receiving treatment under the watch of relatives and covert security as they fear that the culprits who orchestrated her organ removal could kill her. Igoye says people going abroad for domestic work are a key target for an organ transplant.

“As regards organ removal, it involves doctors. We want to explain that organ trade is international. The UNODC report shows many people from the developing world are being targeted. The trade is more outside Uganda. We are not seeing many people being brought in here to remove their organs. We have to wait for the conclusion of that investigation,” Igoye explains.

The United Nations Office on Drug and Crime (UNODC) 2015 report describes organ transplants as one of the notable medical inventions. The history of organ transplants stretches way back to the 1950s when a successful transplant exercise was done.

The Global Observatory and Database on donation and transplantation shows 118,127 kidneys, liver, heart, lung, pancreas, and small bowel transplantations were performed in 2013. The data indicates that the biggest number of transplants about 79,000 were kidneys while 25,000 were for livers.

CID spokesperson, Charles Twiine, says they cannot conclude whether the victims’ organs were removed before a comprehensive postmortem analysis or medical examination for living victims. Citing an example of Namazzi’s incident, Twiine said the investigations are complicated and they need time since the alleged crimes were committed in different jurisdictions.

“Namazzi was allegedly murdered in Egypt. She had gone for labour. For us, our investigations are very methodical and procedural. It is a complex investigation considering the alleged death or murder took place in a different jurisdiction. It took place in Egypt,” Twiine said.

Twiine adds that it will involve the office of the directorate of public prosecutions (DPP), Attorney General, Interpol, and Foreign Affairs. But still, Twine says the postmortem report might not be shared with the public since it will be vital evidence for prosecution.

+6 #1 Akao 2022-02-07 19:39
Anything investigated by Ugandan security is useless, first of all, they are not competent enough to carry such investigations, they will not get anywhere with it.

Secondly, Museveni will probably ask them to fabricate the story as him and his family want money coming into Uganda from all directions. No one should leave their country to go work as a maid in another. It's a shame!

Those Arabs are like animals, they don't give respect for anybody who is not their own. I have watched a lot of documentaries from BBC, DW about how Arabs treat domestic workers whether they are Indians, Filipinos or Africans.

With all the land to work in Uganda, I do not understand why anyone will want to go work as a maid in the middle east, where you are a treated as garbage
Report to administrator
+1 #2 rubangakene 2022-02-07 20:59
This is not a new thing. Even before independence there were people being abducted from villages to Kampala for their blood.

Remember "kulabantu"? Oh yes; there were many, including Indians' trader vans, Simba Chai, etc., even the mobile factual cinemas from Nairobi showing cowboy films. (Oyoo maming bura mako) meaning (A stupid rat gets caught by a cat) - history repeats itself!
Report to administrator
+2 #3 Tomson Baguma 2022-02-08 00:27
Address the problem that is forcing these young Ugandan people out of their country to work as maids or even drivers even when they are university graduates....

Short of that then Uganda has real fools who can't be found any where on the globe!!!
Report to administrator
+4 #4 Lakwena 2022-02-08 10:31
Blame it on the Author and Master of Unemployment and violence; Gen Tibuhaburwa!

In other words e.g.,

1. If he had not destroyed the Cooperatives, our youths did have their vital organs harvested in the Middle East Wilderness.

2. If he had not destroyed the Uganda Railways (from Kasese to Pakwach, our sons and daughters did have to be trafficked in the Arabian Wilderness.

3. If he had not in cahoot with IMF/World Bank decimated the UCB and Cooperative, Greenland, etc. Banks - the indigenous Banks (courtesy of Dr. Suruma); our youth didn't have to become dehumanized domestic servants in the Arabian wilderness. But would have engaged in productive/commercial agriculture.

3. If he had not decimated all the State Enterprises: the Uganda Hotels, CMB, PMB, LMB. UR,UA, UTC, etc, our youths would not be 86% unemployed and/or unemployable destitutes.
Report to administrator
+3 #5 Lakwena 2022-02-08 10:38
4. If Gen Tibuhaburwa is not redeploying retired, pensionable 1-foot in the grave UPDF officers in all the government departments e.g. OWC; some of the qualified Graduate youths languishing in unemployment and poverty, would be employed.
Etc.

Wachireba?
Report to administrator
+4 #6 WADADA rogers 2022-02-08 12:00
ofcourse they can only harvest internal organs, the external ones are not on demand and they are not so many, if am not mistaken, every man or woman has one each hanging outside of the body.

When Tamale Mirundi pulled off the lid on this subject, he was laughed at and many said those were sentiments of a frustrated man man trying to remain relevant. Sadly, the investigations are going to return negative results
Report to administrator