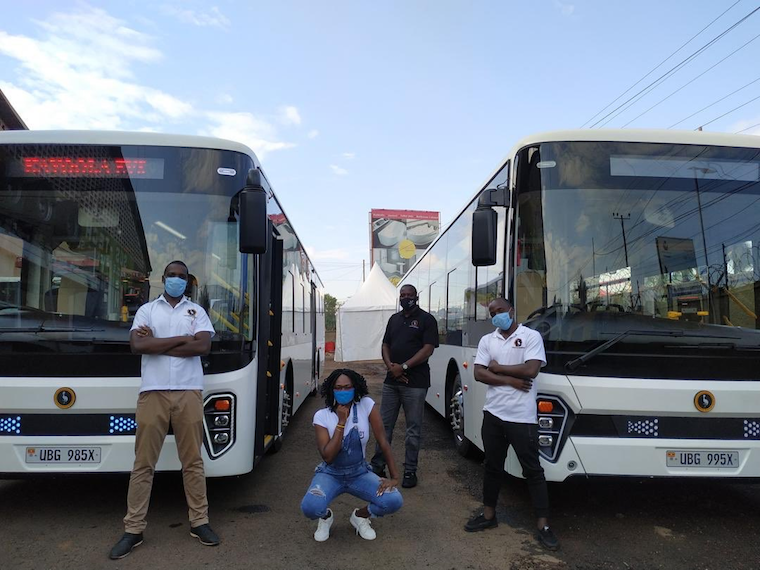 The Private Sector Foundation Uganda (PSFU) will use its Young Africa Works programme to skill about 300,000 young Ugandans to be ready to take up jobs in the country’s budding car production industry, new boss, Stephen Asiimwe has said.

With the global value of the automotive industry expected to hit $19 trillion, Assimwe said it is imperative that all stakeholders actively participate in the successful commercialization of Kiira Motor’s world-class products.

Kiira Motors has already deployed the Kayoola EVS buses that are shuttling Civil Aviation Authority staff. Kiira Motors is also taking orders to supply buses for both government and the private sector.

Kiira Motors is already running a skilling programme for Ugandans ahead of the mass commercial production of vehicles at its vehicle plant in Jinja.

At least 50 new KMC staff are training at Luwero Industries in Nakasongola where the corporation is building buses for the local and regional markets.

The bus chassis and frame localization training for the initial group of 50 factory workers will last at least three months. Asiimwe – the new PSFU Executive Director led a team of technical officers on the tour of the Kiira Vehicle Plant (KVP) at Jinja Industrial and Business Park.

The Kiira Motors Corporation CEO Paul Isaac Musasizi took the PSFU team around the plant, which is set to produce 22 buses per day and 5,000 annually.

Musasizi said when funds are available, KMC’s skilling programme will be scaled up to train over 1,000 Ugandans including women every three months to create a critical mass of skilled labour force for rapid deployment in the automotive industry and other related sectors.

“The trainees are given skills that make them employable even in other sectors such as the oil pipeline construction and furniture industry,” Musasizi said.

Otherwise honesty matters! E.g. I stand to be corrected: seeing is believing, we do not yet have Windshield (Glass) Manufacturing Co. in Uganda for the Buses here above, nor for small cars.
Report to administrator