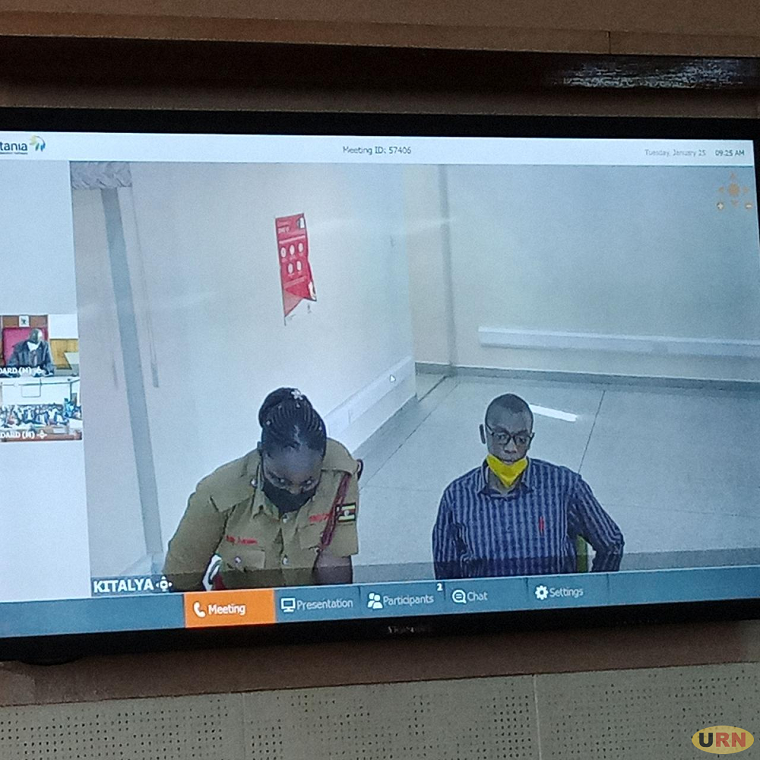 Award winning satirical novelist Kakwenza Rukirabashaija has been granted bail by Buganda Road Magistrate's court. Kakwenza was arrested last year on December 28 from his home in Kisaasi, a Kampala suburb and held incommunicado until January 11, 2022, when he was produced in court on two charges of offensive communication.

According to the prosecutors, Kakwenza used his Twitter handle, @KakwenzaRukira, to post a series of tweets about President Yoweri Kaguta Museveni and his son Lt General Muhoozi Kainerugaba with no purpose of legitimate communication.

In one of the tweets, Kakwenza allegedly refers to the president as 'an election thief' and in another, he calls Muhoozi 'overweight' and 'intellectually bankrupt'. The prosecutors argue that the communication was willfully and repeatedly used to disturb the peace of the president and his son. He denied the charges.

His lawyers asked court to release him on grounds that he was sick having been tortured while in state custody. According to the lawyers, Kakwenza wants to get treatment at a medical facility of his choice because he suffered injuries on all the parts of his body except his head.

He was directed to deposit his original passport with the court for six months saying however that this order is most likely to be reviewed from time to time. He also directed the parties in the case not to discuss any information with the media; a breach of this order leading to automatic cancellation of the bail.

Earlier, chief prosecutors Patricia Cingtho and Joan Keko informed court that investigations were still ongoing and prayed for a shorter adjournment to complete and share the evidence they intend to use against Kakwenza with his lawyers in preparation for the trial.

As a result, magistrate Douglas Singiza ordered the office of the DPP to make sure that inquiries are complete by the closure of this week. The matter will return to the Court on February 1, 2022. His lawyers; Eron Kiiza and Samuel Wanda said that they are ready for the trial.

Kakwenza is the author of satirical novels such as the 'Greedy Barbarian' and the 'Banana Republic' where he says writing is treasonous. Lawyer Male Mabirizi has since petitioned the East African Court of Justice seeking orders to quash Kakwenza's offensive communication charges on grounds that they were illegally sanctioned against him having been tortured in the state custody.