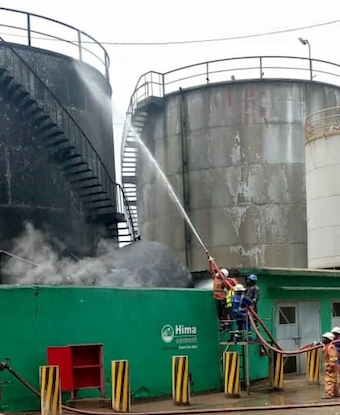 The death toll from last week’s fire outbreak at the Hima Cement factory has reached four after the latest victim Milton Asite succumbed to his injuries. Asite is a former technician at the Hima plant.

Jean-Micheal Pons, the chief executive officer Hima Cement says “We had hoped that he would improve but he, unfortunately, succumbed to his injuries,” reads part of the statement.

On January 15, 2022, fire broke out at the Kasese plant - killing three of the employees on spot and leaving six others severely injured. Five of these were transferred to Kampala and admitted to Case clinic.